Hamas has been trying to present itself as the leader of the Great Return March protests to the dismay of many Palestinians, who believe that this gives Israel more credibility and grounds to use violence against peaceful demonstrators dubbed as terrorists. 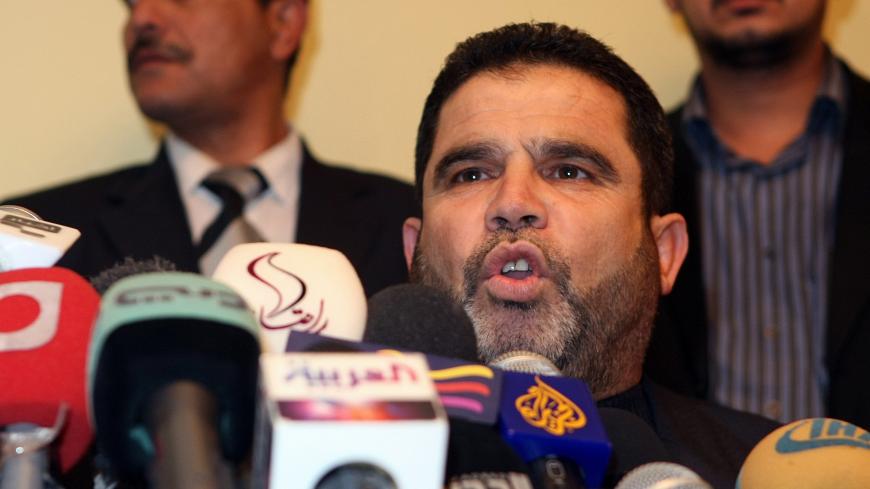 Hamas leader Salah al-Bardawil’s comments May 16 on Baladna TV sparked much controversy within the Gaza Strip. Bardawil said, “In the last round [of the Great Return marches], 62 people were martyred, 50 of them belonged to Hamas.”

Many believe that such statements give Israel justification for its use of violence against demonstrators along the Gaza fence. The marches broke out March 30, culminating on the 70th anniversary of the Palestinian Nakba, on May 14, during which over 110 Palestinians were killed and thousands wounded as a result of shooting and using live ammunition and gas bombs.

Political analyst Saleh al-Naami, who is close to Hamas, wrote on his Facebook page May 16 that Israel has rejoiced over Bardawil’s remarks, adding, “Bardawil meant that the [victims] are civilians belonging to Hamas-affiliated families.”

Hamas’ behavior, which is presenting itself as the spiritual father of the return marches, has sparked discontent among many Gazans after Bardawil’s remarks went viral in international media. Israeli Prime Minister Benjamin Netanyahu said in a video May 17, “Bardawil’s remarks prove that Israel is targeting terrorists.”

Bardawil was also quoted by Aviva Raz Shechter, Israel's ambassador to the United Nations, during the United Nations Human Rights Council extraordinary session May 18 in Geneva to discuss the use of violence against demonstrators in Gaza.

Arij Husni, a human rights activist who is based in Italy, told Al-Monitor, “When I heard of the UN session [on Gaza], I felt joy as [people] are showing solidarity with [Palestinians] and condemning the terror of the occupying state. But I was soon shocked when I heard Israel’s representative quoting Bardawil that 50 of the victims who were killed in the marches were affiliated with Hamas.”

Husni, who left Gaza a few years ago, said, “Bardawil’s statements are exploitation of the martyrs’ death for partisan interests,” calling for awareness of the importance of peaceful struggle.

Videos that were leaked online, showing Israeli snipers firing at unarmed protesters during the marches are more reflective of what is happening on the ground than Bardawil’s remarks that clearly reflect Hamas’ overestimation of its influence and popularity.

Ahmad Abu Ratima, a writer and one of the organizers of the return marches, told Al-Monitor that Bardawil’s statements can be explained within the Palestinian domestic context as Hamas boasting to other factions about the number of Hamas martyrs killed in the protests. “The figures Bardawil mentioned are not accurate anyway,” Abu Ratima said.

He explained that the expression “belonging to Hamas” has cultural connotation within Gaza, which is different from what might be understood in the international media. “‘Belonging to Hamas’ does not necessarily mean that this person is an armed element in the movement, as they could be part of its popular base or working in the movement’s relief field, or having families that support Hamas,” he noted.

The marches were not only organized for historical reasons to commemorate the Nakba, but also in protest to the transfer of the US Embassy to Jerusalem on the same day as the anniversary of the Nakba, and to protest the tragic situation in the Gaza Strip after 12 years of blockade.

Samir Zaqout, the assistant director of Al Mezan Center for Human Rights, told Al-Monitor that Hamas has been trying to present itself as leading the Gaza protests and that the armed resistance has been protecting the peaceful demonstrators, as stated by Hamas leader Mahmoud al-Zahar. Zaqout believes that this proves that Hamas does not truly endorse nonviolent activism, thus it was not the party orchestrating the protests that have proved to be peaceful throughout the eight weeks since their eruption.

Zahar stated May 12, “The protests are peaceful but are protected by our weapons and guns. Otherwise they would have been wiped out. The Zionist occupation soldiers are well-aware that behind the demonstrators stand our men with their guns and rockets. That is why they did not cross the border.”

Zaqout added, “Israel’s quoting of Bardawil shows that it clearly contradicts itself. Israel has previously declared that Gaza residents are against Hamas only to state now that the majority of the martyrs belong to Hamas.”

On May 14, spokesman for the Israeli military Avichay Adraee tweeted that most people in Gaza fear Hamas terrorism.

“Let us assume that all protesters are affiliated with Hamas. How come the protests are still peaceful with no casualties among Israeli soldiers?” Zaqout added.

Israel has been lambasted internationally for using violence against the protesters, and therefore it was grateful for Bardawil’s remarks. However, this does not acquit Israel of killing peaceful Palestinians.

Omar Shakir, the director of Human Rights Watch for Israel and Palestine, said in an article May 15, “Israeli forces can use non-lethal means [to] prevent unauthorized crossings of borders, but international law prohibits the deliberate use of lethal force in policing situations except when necessary to stave off an immediate threat to life.”

He added, “Bloodshed on this scale results directly from these open-fire orders that green-light the firing on demonstrators irrespective of the threat they pose."

There is clear contradiction between the behavior and Hamas’ statements. While it makes public statements boasting about its strength, on the ground it is keen on keeping the demonstrations nonviolent.

Islam Atallah, who participated in the demonstrations in the east of Khan Yunis, in southern Gaza, told Al-Monitor, “I did not see any kind of weapons among protesters. Families gathered with their children to eat and drink as if they were on a picnic.”

“In the first few weeks, I noticed that Hamas elements did not interfere for security reasons or to impose order. People were gathering peacefully. In the following weeks, the Interior Ministry security men were deployed to ensure that demonstrators did not engage in acts provoking the Israeli soldiers,” he added.

“Every Friday, security men and police are deployed to support demonstrators, facilitate their movement, secure their tents and properties in the eastern areas of Gaza,” Iyad al-Bazm, a spokesman for the Hamas-affiliated Interior Ministry in Gaza, wrote on his Facebook page April 28.

Bardawil’s remarks sparked controversy not only internationally but also within Hamas itself, which is facing criticism by some of the movement’s young rank and file that are beginning to endorse nonviolent resistance, which might be difficult for its veteran supporters to accept. 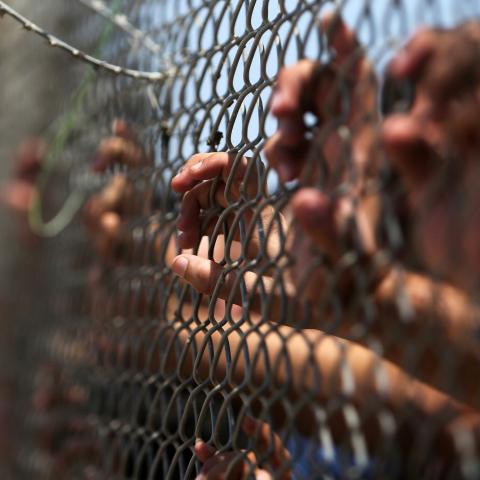