Putin, Macron explore what they have to offer each other on Iran, Syria

The St. Petersburg International Economic Forum set the stage for French President Emmanuel Macron to pursue a broad agenda and perhaps bring his country and Russia closer regarding Syria and Iran. 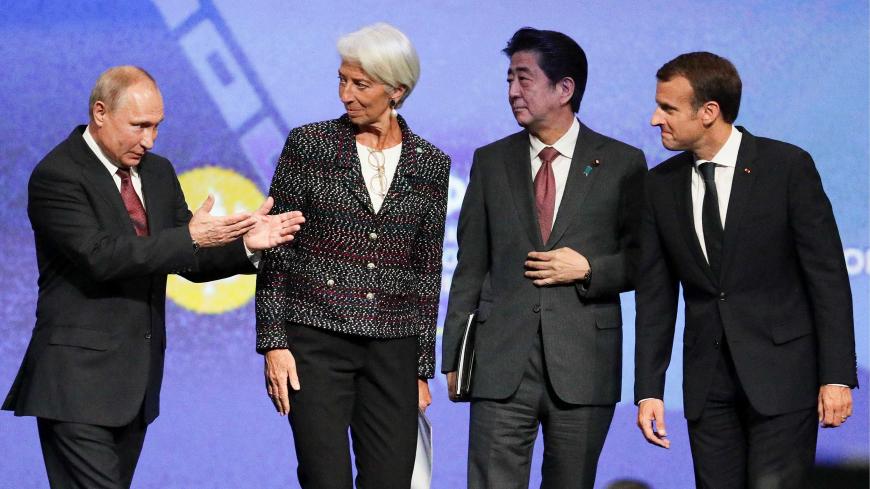 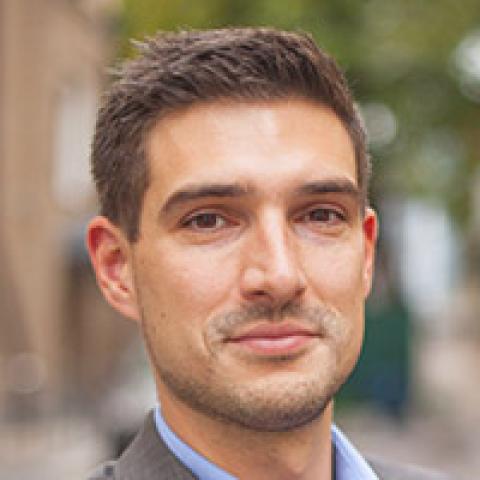 As always, there was more than money at stake at the annual St. Petersburg International Economic Forum (SPIEF) late last week, especially as the West tries to navigate political waves generated by the US withdrawal from the Iranian nuclear deal. France's president was particularly interested in smooth sailing with Russia.

The May 25 forum wasn't French President Emmanuel Macron's first visit to Russia's cultural center. In 2013, he came with a delegation headed by President Francois Hollande for the G-20 summit as the president’s economic envoy.

Macron delivered a speech at the plenary session of this year's forum, where he was seated with Russian President Vladimir Putin, Prime Minister of Japan Shinzo Abe, Vice President of China Wang Qishan and International Monetary Fund Managing Director Christine Lagarde. The forum also featured a roundtable on Russian and French business relations and another on the Trianon Dialogue, a French-Russian forum focusing on civil society. Macron’s visit was supposed to give genuine impetus to French-Russian business contacts amid US and EU sanctions on Russia. More than 50 contracts were eventually signed between French and Russian companies.

Before his visit, Macron was not very positive about the trip, as his expectations regarding Russia were in fact quite low. Al-Monitor learned that in early April, Macron had decided to skip his planned visit to Moscow scheduled for right before SPIEF and go directly to St. Petersburg. The Elysee downgraded the status of Macron’s visit to St. Petersburg from what was initially planned to be a state visit to a working visit. The changes were made in light of the US, French and British airstrikes in Syria in mid-April and the poisoning of a former Russian spy on British soil in March, for which much of the Western world blames Russia. Russia denies the accusation.

The stakes were high, as Macron’s agenda in St. Petersburg was quite extensive. Apart from French-Russian business affairs, he intended to tackle the topics of Syria, Israeli-Palestinian relations, Ukraine and Iran in the context of US President Donald Trump’s decision to exit the nuclear agreement. Prior to SPIEF, a French diplomatic source told Al-Monitor on condition of anonymity that among the other issues, Macron wanted to focus “quasi-exclusively” on Middle Eastern topics, namely Syria and Iran, in his discussion with Putin.

It's not news that Paris and Moscow are at odds over Syria. France’s frustration has grown regarding Syria since Macron was elected. In departing from his predecessor’s policy in Syria, not only has Macron changed the narrative by criticizing the influence of French “neoconservatives” over Mideast decision-making, but Paris agreed to drop the removal of Syrian President Bashar al-Assad as a precondition for political discussions over Syria’s future.

Macron, who sometimes goes against some of his advisers’ positions, has dwelled on convergences with Moscow on the issues of secularism, Syria’s future institutions and its territorial integrity. Yet Paris feels it hasn't obtained any payback from the Kremlin, especially on issues critical for France, such as chemical weapons and humanitarian relief. Beyond the enforcement of the “red line” outlined by Macron in Versailles in May 2017 about the use of chemical weapons, the French airstrikes in April illustrate Paris’ disappointment regarding Moscow in Syria.

In St. Petersburg, France might have gotten the positive signal from the Kremlin it had been waiting for. Macron and Putin emphasized their agreement on some positions on Iran and on the necessity of safeguarding the Iran nuclear deal. Nevertheless, Russia didn't entertain Paris’ concerns regarding Tehran’s ballistic missiles program and the expansion of Iranian influence across the Middle East. On Syria, Paris and Moscow will try to coordinate the Syrian peace talks held frequently in Astana, Kazakhstan, with a subgroup of the coalition to fight the Islamic State. The latter format, or the "Small Group," as it's come to be known, was initiated in late 2017 by France, the United Kingdom, the United States, Jordan and Saudi Arabia. Following SPIEF, a French diplomatic source speaking to Al-Monitor not for attribution said the outcome of Macron’s visit was “very satisfying from this perspective.”

If such coordination works, it will be a reward for Paris, which has sought to build a credible alternative to a perceived Russian monopoly over the resolution of the Syria crisis. It also illustrates an evolution in France’s stance toward the Astana talks, since Paris has been, at minimum, skeptical about it from its beginning. Iran, Russia and Turkey act as guarantors of the Astana format, and coordination between Astana and the Small Group could breathe new life into Astana.

Created originally as a neutral location to forge peace talks while developing de-escalation zones in Syria, the Astana talks could appear less relevant with the regime gradually taking over the last pockets of opposition resistance, including some of the former de-escalation areas. While being consistent with Russia’s approach of talking to everybody in the Middle East, coordinating Astana and the Small Group could also pave the way to a systemic evolution of the Astana forum toward a more political agenda.

Is Russia France’s best partner in this situation? French-Turkish relations, already going through hard times because of human rights concerns, have further deteriorated under Macron’s tenure. Paris’ increasing military support to the Syrian Kurds, although limited in scale, as well as France’s criticism of Turkey's military operation in Afrin, have triggered Ankara’s wrath.

In Iran's case, Paris has sought to provide Brussels with some guidelines to draft a comprehensive new European approach to the Iran deal minus the United States. Since 2015, French companies have signed contracts with Tehran worth more than $26 billion. There was some hope that Western investments in Iran would create favorable economic conditions, encourage the moderates and eventually lead to a more flexible Iranian policy in Syria. Yet with Trump’s decision to withdraw from the Iran deal, not only are these investments doomed, but French companies are unlikely to sustain their activities in Iran. Today, Paris finds itself at a dead end on Iran and, given Macron's limited influence over French companies, France can't do much beyond give the Iran deal its full diplomatic support.

Macron seeks to embody a new leadership in Europe in the context of cooling French-German relations over economic issues and an unpredictable US foreign policy. After his April visit to the United States, where, beyond smiles, he obtained nothing from Trump — neither on the Iran deal, nor guarantees to shield French businesses from US sanctions — Macron needs to score points abroad to build up his domestic and international posture.

In the meantime, by attempting to cautiously build bridges with Russia regarding Syria, Paris wants to show it's not aligned with the United States on all Middle Eastern issues. In that sense, Trump’s decision to walk out on the Iran deal gives France more room when it comes to Syria. Distancing itself from Washington’s regional policy is part of France’s independent stance. Nevertheless, it won't automatically translate into a genuine rapprochement with Moscow. 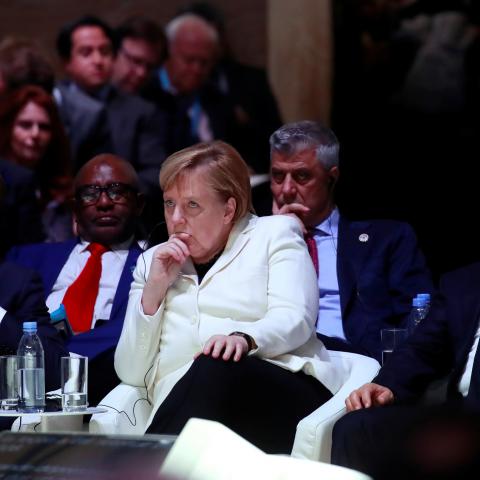 Can Russia, France work together to settle Idlib? 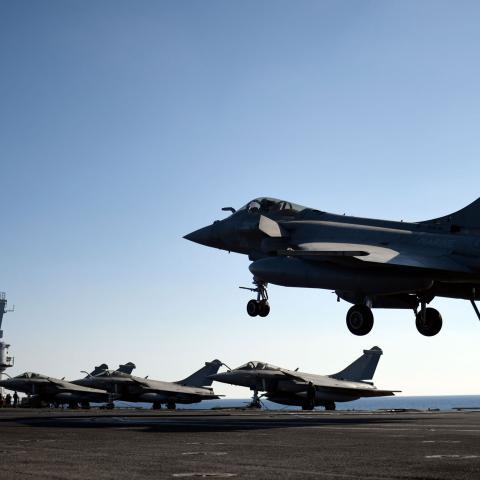