The report of a committee created by Minister of Education Naftali Bennett to increase the world’s Jewish population offers no reasonable explanation as to why this should be a strategic national objective for Israel. 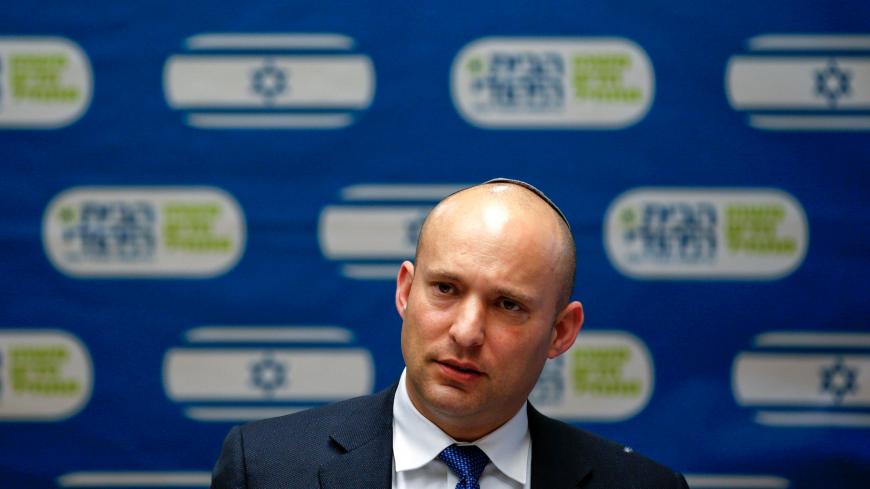 Should Israel invest effort and resources in identifying people around the world with “affinity” to the Jewish people to increase the number of people who support the state or perhaps even convert them to Judaism? Yes, concluded a committee that Minister of Education and Diaspora Affairs Naftali Bennett appointed “to assess the relationship between Israel and communities around the world with some connection to the Jewish people.” The committee even went so far as to call the quest for such people an important strategic objective that should be implemented immediately.

The committee, which submitted its recommendations to the Cabinet on March 27, determined that there are tens of millions of people around the world with some level of connection to the Jewish people. It then developed a detailed plan for reaching out to them to gain their support for Israel and the Jewish people. According to the committee, an unprecedented new situation is emerging in terms of what constitutes being a Jew and how many Jews there might be. This, it concludes, offers an extraordinary opportunity to bring groups with some kind of connection to Judaism even closer to the Jewish people.

The committee consisted of Binyamin Ish Shalom, an authority on Jewish philosophy; Ofir HaIvry, a specialist in political philosophy; and Zvi Hauser, a former Cabinet secretary and attorney. They began their work about a year ago, in 2017. The committee heard from experts, collected assorted material and data and reached the conclusion that in the past few decades, there has been unprecedented growth in the number and variety of individuals and groups who want to establish some connection to the Jewish people and Israel. This phenomenon, it determined, is unlike anything ever seen in Jewish history. The report states, “Among those people with a connection, there are some who want to join the Jewish people fully, but there are also many who seek another kind of relationship, based on support for and relationships with the Jewish people and the State of Israel.”

The committee estimated that about 8 million Jews live outside Israel, which itself has a population of 6 million Jews. There are also some 9 million people eligible to immigrate to Israel according to the Law of Return; people with a Jewish parent are accorded this right, although by Jewish law only those with a Jewish mother are considered Jews. There are another 5 million descendants of people who left Judaism, and approximately 35 million descendants of Marranos — Spanish and Portuguese Jews who were forced to convert in the late 15th and 16th centuries — as well as lost tribes and others with some link to the Jewish people. Furthermore, yet another group consists of communities, an estimated 60 million people, with some connection to the Jewish people, but who do not state so openly or who are “unknown.”

Dvir Kahane, director general of the Ministry of Diaspora Affairs, quoted in the report’s introduction, states, “We are talking about tens of millions of people who can potentially form concentric circles of relationships, connections and support for the Jewish people and the State of Israel.”

So who are these tens of millions of people? According to the report, they are the descendants of Jews deemed ineligible to immigrate to Israel according to the Law of Return. These include Jews who converted to other religions, communities that declare that they are part of the Jewish people but nonetheless require conversion, such as the Falash Mura of Ethiopia and the descendants of Marranos from Spain, Portugal, Italy and Latin America.

As indicated, the committee did not make do with just a historical overview and description of the phenomenon. It also proposed a detailed, three-stage program to reach as many people “with affinity” as possible and involve them in various levels of support for Judaism and the State of Israel, culminating in their conversion.

The first, immediate, stage is a “pilot program” that would include a detailed tracking of the descendants of Marranos. Effort should then be exerted to involve them in supporting Israel, using people trained to teach them about Judaism and Israeli culture. The second stage, to take place between 2019 and 2021, involves opening channels of communication and disseminating information about Judaism and Israel, training leaders in the communities of affinity and involving their leaders in such programs as Birthright, which sponsors visits by Jewish youths to Israel.

The third and final stage, scheduled for 2022, includes training Israelis to strengthen the bonds with these communities, granting entrance permits for community members to come to Israel and recruiting people interested in helping in the struggle against the BDS (Boycott, Divestment, Sanctions) movement, immigrating to Israel and converting.

Committee members recommended that a dedicated network be created in the Ministry of Diaspora Affairs to implement the project and that it eventually become an official government authority. They also suggested that a national institute be formed to collect information about the communities identified and establish contact with them. They even endorsed the creation of an official website with genealogical resources and information about Judaism, Israel and Hebrew. Nevertheless, when the report was released, the ministry made a point of clarifying that there are no plans for mass conversions or mass immigration.

So far, it is unknown whether the recommendations will be adopted, what if any part of the ambitious plan will be implemented and how much it would cost. At the same time, it is hard to ignore that HaBayit HaYehudi Chairman Naftali Bennett, who as noted serves as both minister of education and minister of diaspora affairs, not only wants to strengthen Judaism within Israel, but to “spread the gospel” around the world. This raises an important question: Why is it so important for Israel to embark on a long, expensive, worldwide operation in search of the descendants of the Marranos, bring them closer to Judaism and perhaps even encourage them to convert?

It seems, beyond any arguments about the importance of increasing support for Israel and Judaism, that there is a deep and ambitious, if covert, desire to increase the number of Jews around the world as a show of strength. It is no coincidence that the committee was formed under Bennett’s watch, even if a careful reading of the committee’s conclusions and recommendations does not offer a reasonable explanation as to why this is a strategic national initiative.

This is happening at a time when it is easy to find more urgent problems in the relationship between Israel and the Jewish people, such as the serious crisis with American Jewry over the Western Wall compromise. Other pressing issues might be the problems facing elderly Jews, including many who suffered in the Holocaust simply because they are Jews and are now living in abysmal poverty. Problems such as these are worthier of attention and resources than the fate of remote communities in South America that may or may not have some peripheral connection to Judaism and the Jewish people.