After joining the Jewish people two centuries ago, the Subbotnik community feels that Israel should recognize them as Jews and enable them to immigrate. 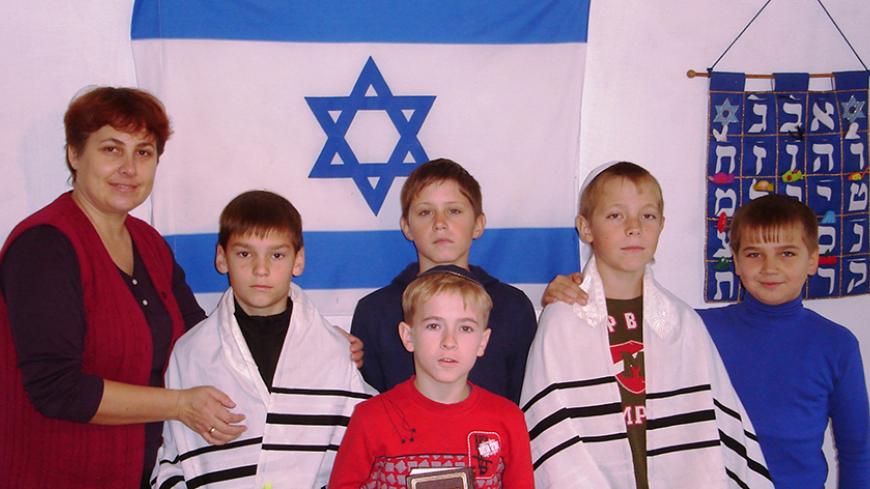 Young members of the Subbotnik community stand in front of an Israeli flag in Siberia, Russia, in this undated photo. - Shivtei Israel

Members of the Subbotnik community, residents in the small southern Russian town of Vysokaye, have for the past few weeks been gripped by emotional turmoil. After more than a decade of “sitting on their bags,” they thought they might finally get the Knesset to reopen Israel’s gates to the Subbotniks.

However, the awaited sitting of Knesset on May 17, which would debate the fate of the town’s residents and members of their community scattered throughout Russia, Ukraine and Armenia, was put off. Subbotniks, whose forefathers converted to Judaism over 200 years ago and have been Jews for all intents and purposes ever since, now anxiously await permission to immigrate to Israel.

A Knesset source told Al-Monitor that the Committee on Immigration and Absorption would hold a debate on the issue soon to promote their immigration to Israel. The debate was still unscheduled as of June 5.

The story of the Subbotniks dates to the end of the 18th century in southern Russia, when a group of farmers left their church and began observing the Jewish Sabbath. The name apparently derives from the Russian word “Subbota,” meaning Sabbath, given that they had previously observed the Sabbath. Several groups grew out of the first community, some of which fully adopted Judaism, and according to the traditions they hold, their ancestors converted to Judaism, by the book. In the early 19th century, Czar Alexander I expelled them from their homes and deported them to various parts of his empire as punishment for their adoption of Judaism — part of the reason that they can be found today in Ukraine, Siberia, southern Russia and the Caucasus. During World War II, many Subbotniks in Russia and the Ukraine were murdered by the Nazis.

Since the beginning of the 20th century, Subbotniks moved to Israel in several waves. After the fall of the Berlin Wall, their numbers grew. The flow stopped in 2003 when the Ministry of Interior started limiting their immigration; later, the Chief Rabbinate also entered the picture. Israel’s Chief Rabbinate claimed their Jewish origins were not sufficiently clear, effectively blocking their immigration under the Law of Return (which provides Jews with automatic permission to immigrate to Israel).

Since then, they have been “sitting on their bags,” says Michael Freund, the chair and founder of Shavei Israel, the only organization that maintains regular ties to the Subbotnik communities around the world and helps them. “A great many family members of the Jewish Subbotniks, especially from the town of Vysokaye and Ilinka in southern Russia, live in Israel and wish to be united with their relatives living in exile,” he tells Al-Monitor. “The situation is particularly severe in areas of Ukraine, such as Krivoy Rog, where they regularly suffer anti-Semitic persecution. They yearn to immigrate to Israel and don’t understand why it’s not possible.” According to Freund, the Jewish Subbotniks in former USSR countries number some 10,000 to 20,000.

The political campaign to obtain permission for them to immigrate is spearheaded by Knesset member Oded Forer of the Yisrael Beitenu party. “We’re talking, at most, about a few thousand who live as Jews for all intents and purposes. They celebrate the Jewish holidays, observe the Sabbath and attend synagogue. Some have families in Israel. This is a very painful story,” the lawmaker told Al-Monitor. “I have been following this story ever since I was the director general of the Ministry of Immigrant Absorption. We want the Subbotniks to undergo a procedure similar to that of the Falash Mura [Ethiopian Jews claiming Jewish lineage who were allowed to immigrate after undergoing conversion] and put them through a rigorous conversion process.”

Forer said the whole procedure must be approved by the Chief Rabbinate and it also requires a government decision. “When they immigrate to Israel they will still be considered non-Jews until they undergo conversion. Such a situation requires special government dispensation. This is a tremendous Jewish tragedy — on the one hand they are being persecuted by their neighbors for being Jewish; on the other the State of Israel does not allow them in. Now the issue is under serious consideration to put an end to this saga.” 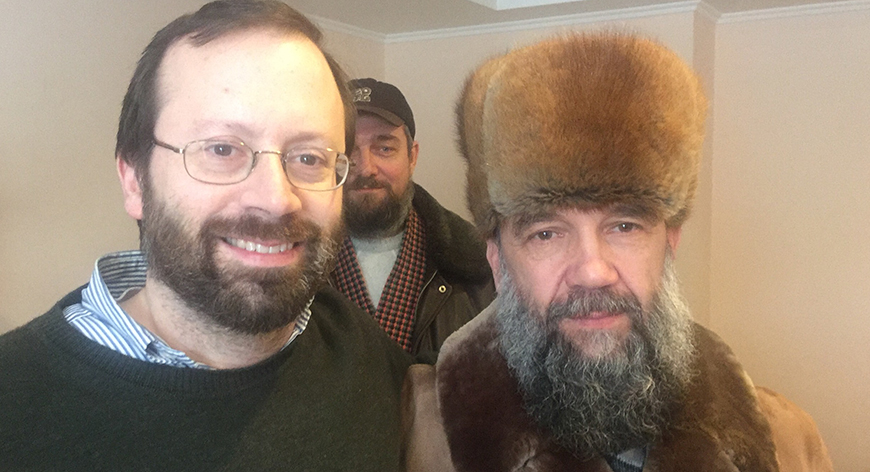 Vitally Grigorenko, 30, immigrated to Israel from Vysokaye when he was 17. He did his compulsory IDF military service, trained as an officer and today is a food engineer at Tel Aviv’s Ichilov Hospital. Right at the outset of his conversation with Al-Monitor, he rejected the use of the term “Subbotniks” to refer to his community. “We do not accept this term, because we are Jews for all intents and purposes,” he insisted.

Grigorenko still has relatives in Vysokaye. “They long to immigrate to Israel; they wait for this every day, and they are shocked by Israel’s attitude toward them,” he said. “They cannot understand why, even though they have been Jews for several generations — Jews who fought for their Judaism despite all attempts to make them convert to Christianity, and their persecution by the Nazis and by their neighbors — they are not permitted to immigrate to Israel.” Nonetheless, he added that the Jews in Vysokaye were still hopeful regarding their prospects for immigration.

Over the years, quite a few Subbotniks immersed themselves in the broader Jewish community abroad and their descendants are an integral part of the Jewish people. Jewish education professor Yuval Dror, for example, is a descendant of a Subbotnik family. “My grandfather, Abraham Korakin, immigrated here in the first decade of the 20th century at the head of a group of Subbotniks. They were actually Christians who underwent proper conversion to Judaism by Rabbi Yitzhak Elhanan Spector, the rabbi of the town of Kovno,” he told Al-Monitor. “They settled throughout the land and became an inseparable part of the Jewish community in British mandatory Palestine. Our family was completely integrated in the ‘yishuv’ (the Jewish community in the pre-state days), and one of the most famous Subbotnik offspring was Lt. Col. Yossi Korakin, who headed a naval commando operation in Lebanon in 1997 and was killed in a Hezbollah ambush. He was the grandson of Subbotnik Rabbi Korakin.”

For history professor Shulamite Shahar, who researched the Subbotnik issue and has traveled to their villages to write a study, the exact roots of the Subbotniks is mired in mystery. “No one knows how the Subbotnik phenomenon began,” she told Al-Monitor in an interview. “Suddenly, at the beginning of the 19th century, talk began of this group. In the study, we cannot pinpoint the start, nor do we know of a charismatic leader who was followed. In fact, we have virtually no idea of their true roots except for their own testimonies. The lives of Russian farmers were hard in any case, and it’s unclear what led them to enter this Jewish adventure with all the suffering it caused them for generations.”

Nonetheless, Shahar supports their immigration to Israel: “These are wonderful people, industrious and hard-working farmers. They are educated and polite. They can contribute to the country, to develop here and help others develop. I don’t understand why this is being delayed.”