Even if some media ridiculed the Labor Party's leaders for their support of the government's agreement with the United Nations — which was canceled four hours after it was signed — the leaders were right to stick to the party's human rights agenda as a compass. 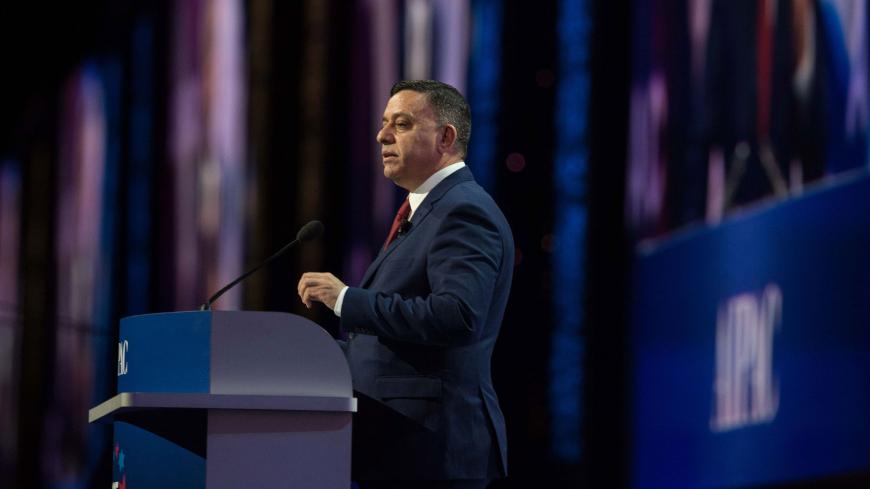 Many in Israel have criticized the government’s plan to deport illegal African immigrants to third countries, but Prime Minister Benjamin Netanyahu announced April 2 that the government was retracting from that plan, after signing a special agreement with the United Nations.

Leaders of the Labor Party, headed by Chairman Avi Gabbay, were some of the first to congratulate and praise Netanyahu on calling off the deportation plan.

Member of Knesset Shelly Yachimovich called the agreement with the UN “dramatic” and noted that this is “a great victory for citizen action and the voice of ethics and logic over racism and xenophobia.” Gabbay praised “the agreement forming that reflects the legislation introduced by the Zionist Camp to address the needs of both residents and economic migrants,” but tempered his response by saying, “the test is in the execution.”

This little addition proved prescient in just a few hours. Netanyahu shelved his “dramatic” plan, which showered him with praises from the left but turned the right against him, including his own government ministers who usually defer to him in the media and toe the line.

It seemed that the Labor leaders, representing the largest opposition party, once again fell into Netanyahu’s trap, as they rushed to praise and compliment him on a balanced and responsible plan that he drew up in secret with the UN. But in this case, they do not deserve the criticism they got when it turned out that the prime minister discarded the dramatic plan into the trash can of history. Since the Labor Party is expected to support any diplomatic agreement — even when it’s in the opposition, because that is its platform — its leaders were right to praise Netanyahu.

Today, Gabbay probably regrets battling with members of his party last November. He asked them to support the Infiltration Law introduced by the Netanyahu government, even though it went against their platform. Gabbay did that because at that time he sought to reach the hearts and minds of Likud supporters. But in abandoning his own electorate, he discovered that this move — like any wink to the settlers — not only fails to bring him support from Likud members but causes Labor voters to flee from him and sets up an internal opposition within his party.

In recent weeks, Gabbay has learned to understand the power of his base in the Labor Party — that hard kernel that is so essential to a party with an ingrained platform on key issues like diplomacy, human and civil rights, and religion and state.

Netanyahu, in his updated and constantly evolving version, has only one compass, and that is his base on the right. He acts for its sake, and through it, he adjusts course, even when it contradicts the good of the state and his integrity. But Netanyahu is the prime minister of the State of Israel who was elected to lead and not to function as a weather vane of social media likes from the right. Israeli politicians often note that perspectives change when a person reaches a decision-maker position and the responsibilities that go with it. This is certainly true for any prime minister, and it is supposed to be his compass in all his work from the moment he takes the helm. All Israeli prime ministers, even the popular ones, sometimes acted against the wishes of their base when they came to make consequential decisions that could have destroyed their political careers — for example, the first prime minister from the Likud, Menachem Begin, who led the peace agreement with Egypt in 1978, and Prime Minister Ariel Sharon, who against the opinion of his Likud base carried out the 2005 disengagement from the Gaza Strip.

In Gabbay’s case, since he was elected to lead the veteran Labor Party, he now understands the power of the party’s agenda and compass, which could potentially provide a jump in the polls for him. Because what could be seen as understandable for a prime minister to do after he was elected, namely changing positions compared with his prior stances, is absolutely not acceptable for Gabbay.

On the refugee issue, the chairman of Labor showed admirable opposition leadership. He supported Netanyahu’s move when it fit with the Labor Party’s platform, but at the moment it became clear that Netanyahu folded, Gabbay became an effective machine gun and attacked Netanyahu on all fronts: on the radio, television and social media, accusing him of a lack of leadership, cowardice and dodging responsibility.

The fact that Chairman of Yesh Atid Yair Lapid chose to give a lukewarm response to Netanyahu’s embarrassing and disturbing zigzag only added points to Gabbay.

Gabbay and the Labor Party will benefit from this clear and unequivocal stance on the issue of immigrants, in that they led a straight path and did not set their sights on the masses in the Likud. This is what will connect the electorate to them in the end, or else what’s the point? You could just choose the original.

Gabbay’s predecessor in the role, member of Knesset Isaac Herzog, paid a heavy political price for conducting coalition talks with Netanyahu over entering his current government. Later it became known that Herzog’s incentive was a plan Netanyahu committed to that would include a regional summit to advance a diplomatic agreement with the Palestinians. Herzog was humiliated by the prime minister, who in one instant left him to bleed electorally and then brought the chairman of Yisrael Beitenu Avigdor Liberman into his government in May 2016. Was Herzog mistaken? It could be that he was in his conduct, but not in principle.

Herzog made a mistake in that he did not demand that Netanyahu show concrete steps as a condition to starting coalition negotiations. As the leader of the left, Herzog was expected to act toward a solution to the conflict with the Palestinians by any means, even by an alliance with political rivals. Just as Labor, headed by Shimon Peres, gave Sharon a safety net for the disengagement from Gaza. Thus, Herzog did the right thing, and we should believe him when he said that he would not have forgiven himself if he had not tried. In the long term that’s the right path, even if it’s long and has many hills and valleys.