Amid rumors about the imminent filtering of Telegram in Iran, President Hassan Rouhani moved to express his opposition to such a decision. 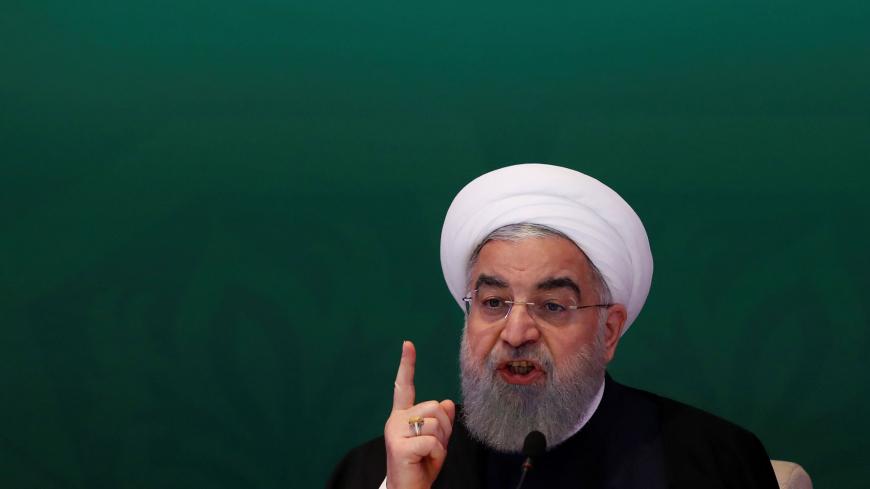 Amid fresh reports that the Iranian authorities are planning to block the popular messaging app Telegram, moderate President Hassan Rouhani has declared his opposition to such a move.

In a controversial interview on March 31, member of parliament Alaeddin Boroujerdi spoke of Telegram and the apparent decision to block the app. “This was a decision made at the highest levels, and Telegram will be replaced by a domestic app,” said Boroujerdi. By “highest levels,” he is likely referring to officials ranking above Rouhani.

In reaction to the reports on the matter, Rouhani said in a meeting with a number of ministers, members of parliament and governors April 3, “Having strong, secure and cheaply priced Iranian messaging applications that can solve people's needs and problems will surely make everyone proud.” However, he added with reference to the blocking of Telegram, “The goal of creating and enhancing Iranian software and messaging apps should not be blocking access [to other apps], but [the goal] should be the elimination of monopolies.”

Iranian officials believe that Telegram shouldn’t be the dominant app in the country and that local apps should be enhanced. The main concern about Telegram is linked to national security, since the assumption is that the app played an undeniable role in igniting the December 2017 protests across Iran.

Jalal Mirzaei, a Reformist member of parliament who attended the meeting with the president, revealed more details of Rouhani’s opposition to the blocking of Telegram.

Mirzaei said, “The president said that we shouldn’t make society anxious by these types of actions, and if there is any problem, we should solve it prudently. … We shouldn’t forget that 200,000 job opportunities will be lost by blocking Telegram.”

Mirzaei cited Rouhani as saying, “Nobody is opposed to breaking Telegram’s monopoly [in Iran], but blocking Telegram is not the solution for creating [and enhancing] local messaging applications.”

Furthermore, in a speech April 1, Minister of Information and Communications Technology Mohammad Javad Azari Jahromi said, “The government is committed to the promises it gave to the people and will pursue these promises”; this was an apparent reference to the reports about the blocking of Telegram.

Moreover, Tayebeh Siavoshi, a Reformist member of parliament, told local media, “I asked the minister of communications about the rumors of the blocking of Telegram. He said, ‘It is possible, but I’m vehemently against blocking as the only solution.’”

Meanwhile, Hassan Firouzabadi, the secretary of Iran's High Council for Cyberspace, appeared on state TV on April 3 and spoke in favor of blocking Telegram. “Telegram never [agreed] to have an office in Iran and refused to work with the private sector [in Iran] and it is an enemy of the private sector,” said Firouzabadi.

The High Council for Cyberspace is tasked with policymaking on matters related to the internet. Its members are appointed by Supreme Leader Ayatollah Ali Khamenei, but the secretary of the council is proposed to the supreme leader by the president, who is also the head of the council.

Firouzabadi further said, “Telegram is not a dominant messenger in any country except for Iran. … Telegram has officially announced that it will be used as an economic platform, and Telegram will undermine the national currency of Iran.” Telegram recently announced plans to set up its own blockchain platform and native cryptocurrency. Firouzabadi continued, “We cannot allow [Telegram’s virtual] currency to enter the country.”

The Entekhab news site quoted him as saying, "We predict that this [virtual] money's lifetime is 10 years, and during this period, approximately $50 billion will be withdrawn from the country. But if the price of [this virtual money] declines overnight, people will protest [and ask] why there wasn't any monitoring of it."