A three-year project by the Palestinian Museum will enable Palestinians to find and archive key historical documents. 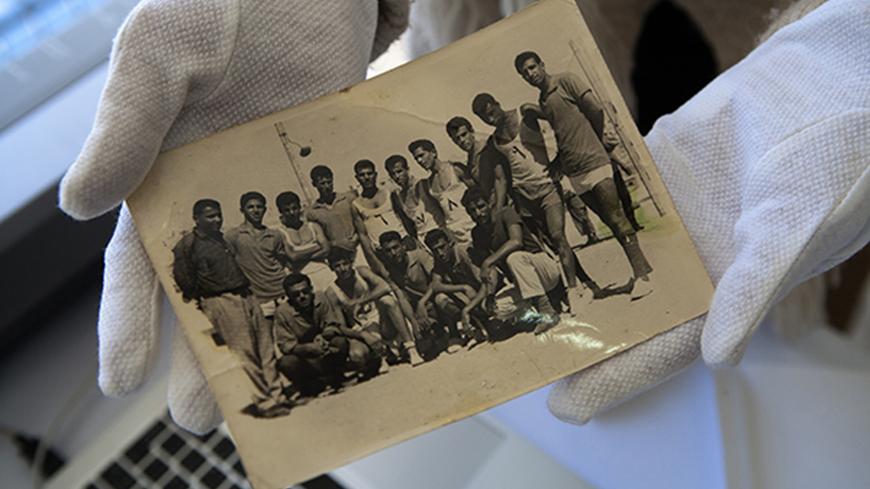 The Palestinian Museum’s digital archive will include photographic treasures Palestinians kept in their own homes to document them for future generations. - www.palmuseum.org

RAMALLAH, West Bank — The Palestinian Museum has started a $2 million project that will create a digital archive of historical documents, photos and films that reflect the history of Palestine. The three-year project will collect records of daily life such as personal photos and official documents from both Palestinian individuals and institutions.

The museum, located in the town of Birzeit in the central West Bank, aims to search, research, digitalize and publish 145,000 items over a period of three years, according to an announcement made by the museum on Feb. 18. The funding for the project comes from the Arcadia Fund, a London-based fund founded by Lisbet Rausing and Peter Baldwin in 2001. It supports charities and scholarly institutions that preserve cultural heritage and provide open access.

Zina Jardaneh, the chair of the board of the Palestinian Museum, told Al-Monitor over the phone, “The archive will be one of the most important components of the museum's digital platform, as it will document, digitize and publish 145,000 endangered archival items in both Arabic and English.”

She said that the project enhances the museum's mission as a transnational cultural institution connecting Palestinians and supporters of the Palestinian cause with Palestine's history and civilization.

The digital archive project, according to Jardaneh, will partially help recover Palestinian historical documents that have been lost since 1948.

Israel destroyed a large part of the Palestinian heritage during various periods, most notably during the Nakba of 1948 and the 1982 invasion of Beirut, where the PLO's research center was looted. Add to this the shutting down of the Bayt al-Shareq institution in Jerusalem in 2001 and the confiscation of its documents, research and studies. The institution served as the headquarters of the Arab Studies Society and the office of PLO official Faisal al-Husseini.

The project will also make the recovered documents of Palestinian history available to an audience beyond Palestine. “The digital archive will not be published on the museum's website alone. The University of California, Los Angeles will also publish the digital archives on its website as part of a partnership and cooperation agreement between the Palestinian Museum and the university based on the recommendations of the Arcadia Fund,” Jardaneh noted.

The Palestinian Museum will rely on an advisory committee made up of historians and academics from inside and outside Palestine in order to develop a plan for the collection of the necessary items and data.

It will also employ 16 people, some of whom will work on finding the groups and people to secure material from, while the others will be working on digital archiving.

Jardaneh said that the Palestinian Museum team will focus on the West Bank, the Gaza Strip, the area within the Green Line, Jordan and Lebanon to scout, digitize and archive historical items.

Iyad Issa, the director of the project, told Al-Monitor that the Palestinian Museum is currently working on the establishment of an information infrastructure to facilitate the research mechanism and help convey the Palestinian version of historical events.

Although the project is still in its initial phase, its founders have started working on building a team tasked with digitizing and a team of researchers tasked with finding historical photos, records, documents and old artworks in order to digitize and document them and then return them to their owners.

Issa said, “We are trying to build and train the staff and help them acquire the necessary expertise that we unfortunately lack in Palestine, hence the cooperation with UCLA, which has a skilled archiving team that will train the Palestinian staff and will also publish the digitized archives on the university's website.”

According to the project plan, Issa noted, during the first year of the project, the staff will get historical items from their owners and bring them to the museum for digitization and publication on a dedicated online platform at the museum. The items will subsequently be given back to their owners. These could be refugees, journalists, traders, businessmen or citizens who lived in various Palestinian cities and from Palestinian institutions that own photos, documents and records.

Issa said that in the second and third year, a special app for cellphones will be developed and used to enable the staff to archive the items on the spot as they scout both photos and documents around towns and villages. “The project is a first and good step to establish a permanent archiving unit in the museum," he said.

Samih Shabib, a writer and political analyst who was the head of the documentation department at the Palestinian Research Center in Beirut from 1980 to 1994, told Al-Monitor, “Palestinian documentation suffers from a whole panoply of problems, one of which is that a lot of historical information disappears with the death of its owners before it is documented or archived.”

“Ever since the outbreak of the Palestinian revolution in 1964, we have failed to date the history of the Palestinian cause using sources and references that can be consulted, so documenting and digitizing archives would be very useful for us to preserve our national history,” he added.

Shabib stressed the need to establish a national comprehensive body to develop a plan for the digital archiving of the entire Palestinian history.

The digital archive project will contribute to the preservation of an important part of Palestinian history for future generations to come following decades during which this history was lost due to the lack of supervision and documentation. This project will also preserve the national and historical narrative and protect it from extinction and provide a database for researchers around the world.