Iraq orders execution of foreign women for IS involvement

Iraq is issuing death penalty and life sentences against foreign women found guilty of involvement with the Islamic State — and hundreds await trials. 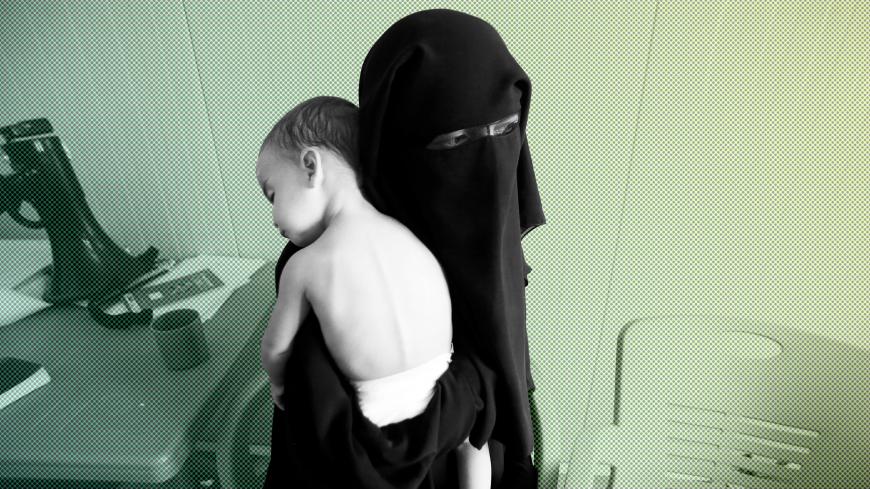 Iraq has detained hundreds of foreign women allegedly affiliated with the Islamic State (IS) and has sentenced 17 Turkish women to death by hanging. Women from other countries, including France and Germany, also have received death sentences and Baghdad is now facing pressure from those countries to instead extradite the women to their home nations.

Humanitarian officials estimate Iraq is holding about 1,700 foreign women and children. Many of the women are accused of being affiliated by marriage to IS fighters or of providing aid. Trials began after military operations ended and the country declared itself liberated from IS on Dec. 9. Just last week, 16 Turkish women were sentenced to death. Others have been sentenced to life in prison. All of their sentences can be appealed.

France has on more than one occasion expressed its position against the trials. On Jan. 30, French Justice Minister Nicole Belloubet threatened to intervene in cases of its nationals, though she didn't specify what type of intervention. Belloubet's comment came after the Iraqi judiciary on Jan. 22 sentenced to death a German national of Moroccan origin for allegedly having joined IS.

Iraq has no universal law or convention providing for extradition. It does have bilateral extradition treaties with specific countries, but those treaties have yet to be put into action and don't cover terrorism-related crimes.

Human rights organizations, including the Paris-based International Federation for Human Rights and the French Human Rights League, are pressuring the Iraqi government to extradite French suspects to face trials in France, citing a fear of “unfair trials” in Iraq.

“We are trying to retrieve our nationals to prosecute them in Paris," a French human rights official told Al-Monitor on condition of anonymity. "The Iraqi government is incapable of ensuring them fair trials; we do not expect it to do so. Three French women will be facing trial [soon], and we fear they will be sentenced" before France can reach a satisfactory solution with the Iraqi government. "We are against the death penalty,” the official said.

The Iraqi penal code says people accused of committing crimes in Iraq must be tried there. However, once the prisoners have been tried, their countries can have them extradited to serve their sentences in their home countries.

But not everyone in France would welcome their return.

France wants to ensure that its citizens receive fair trials, but its judicial system is already overburdened. Some in the government also object to imprisoning jihadis in French jails for fear they will incite other prisoners. While it may be that there is less resistance to having female rather than male Islamic militants returned to France, the country has made its stance on jihadis clear in the past.

Hisham al-Hashimi, a researcher on extremist groups, told Al-Monitor, “There are 509 women of European nationalities who face trials in Iraq, including 300 Turks.”

He added, “Iraq will not extradite these women … before they are tried, [but] Baghdad wants them to serve their [prison] sentences in their countries. Iraq is trying to communicate with these countries, but it seems that the European countries and Turkey do not want these women back.”

In a surprise move, Iraq handed over to Moscow 27 children and four Russian women alleged to be IS members whom Iraqi authorities claimed had been “brainwashed” or tricked into joining IS. Back in Russia, these women are to face charges of illegally entering Iraq.

Iraq appears to be speeding up trial proceedings against the foreign women, perhaps because it doesn't want to yield to foreign demands against the death penalty. And the government doesn't want to create a public uproar by showing leniency in some of the trials, or risk a political crisis with parties supporting Prime Minister Haider al-Abadi, who has said that people who commit crimes in Iraq will be tried in Iraq.

The women who have been sentenced may appeal their judgments before the Iraqi Court of Cassation. And it could be that international political pressure, particularly from European countries, may still lead Iraq to extradite women believed to have been merely affiliated with IS rather than directly involved in terrorist acts.