The Palestinians are hopeful that Turkey’s promises of increased financial aid will make up for the losses resulting from the United States reducing its aid to UNRWA. 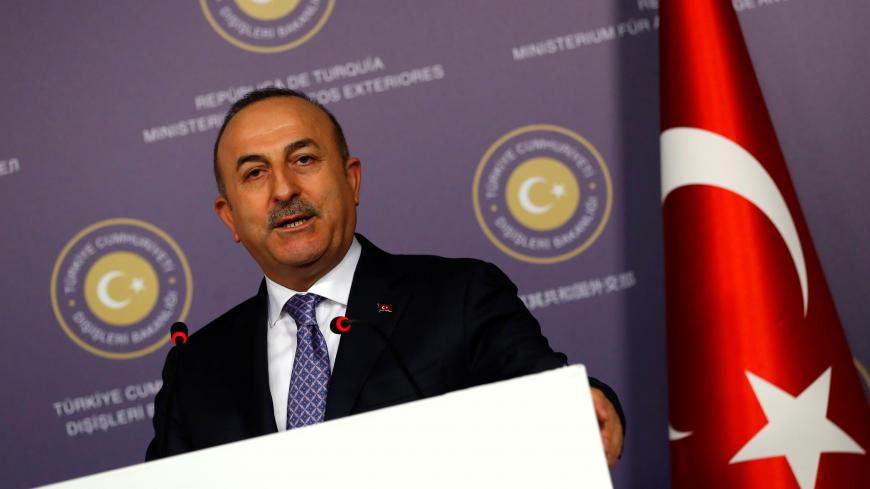 During a Jan. 11 press conference in Ankara, Cavusoglu had said, "If the United States cuts aid to the Palestinians, we will step in because we are here for such circumstances.”

On Dec. 14, Turkey announced its plan to offer $10 million to support the official Palestinian budget. In early February, and in response to the US decision to cut aid to the United Nations Relief and Works Agency for Palestine Refugees in the Near East (UNRWA), Palestinian Foreign Minister Riyad al-Maliki signed an agreement with his Turkish counterpart in which Turkey committed to paying $10 million to support the Palestinian Authority (PA). In May 2017, Turkey had paid a similar amount to the PA.

Palestinian Ambassador to Turkey Fayed Mustafa told Al-Monitor, “In response to the United States recognizing Jerusalem as the capital of Israel [on Dec. 6], Turkey held the Organisation of Islamic Cooperation summit in Istanbul Dec. 13. Turkey offered direct financial aid worth $10 million to the Palestinian budget. Turkey has supported the Palestinian territories by implementing projects worth $186 million since 2014 such as funding [the construction of] the Tubas Hospital in the West Bank and the Palestine-Turkey Friendship Hospital in the Gaza Strip. Turkey has also built schools, mosques and residential complexes and has renovated homes.”

Mustafa added, “Turkey has communicated its intention to increase its contribution to UNRWA, which currently stands at $10 million per year. Turkey is also interested in implementing infrastructure projects in Gaza such as water and electricity projects, and we are counting on its ongoing aid for qualitative projects and its financial grants.”

UNRWA donor countries take turns in heading its advisory committee; Turkey's term as vice chair started on July 1, 2017, and will end on June 30, 2018.

Turkey’s policy raises questions about the implementation of its promises to financially support the Palestinians to make up for the losses they will endure after the US aid halt.

On Jan. 16, the United States withheld $65 million of its $125 million contribution to UNRWA. The move came after US President Donald Trump threatened Jan. 2 to stop support for the Palestinians unless they resume negotiations with Israel.

Said al-Haj, a researcher on Turkish affairs in Istanbul, told Al-Monitor, “Turks are opposed to the US agenda on the Palestinian cause. Turkey will work on turning its supportive statements for the Palestinians into financial figures and qualitative aid. It is negotiating with Arab and Muslim states in its capacity as leader of the OIC, thus strengthening its stance. Turkish President Recep Tayyip Erdogan visited the Vatican Feb. 5 to garner support for aiding the Palestinians.”

Twenty countries attended the international conference titled “Jerusalem: The City Blessed by Revelation” in Istanbul Jan. 29. Also attending were Turkish Deputy Prime Minister Bekir Bozdag; head of the Turkish Directorate of Religious Affairs Ali Erbas; and Palestinian Minister of Endowments and Religious Affairs Yusuf Adaeis. In addition to raising the Jerusalem issue in the educational curricula in the Muslim world, the conference intended to promote interest in Jerusalem and reject Trump’s declaration to recognize Jerusalem as the capital of Israel and to move the US Embassy there.

Erdogan welcomed Fawzi al-Juneidi, 16, at the presidential complex on Jan. 18. Israelis had arrested the Palestinian teen and blindfolded him during protests in the West Bank on Dec. 10.

Omar Shaaban, the director of Pal-Think for Strategic Studies in Gaza, told Al-Monitor, “Turkey’s aid to the Palestinians ranges annually between $10 million and $20 million in the Gaza Strip and the West Bank. Turkey cannot be considered a major donor country for the Palestinian territories, even though its aid over the last 10 years exceeded $150 million. Turkey has resources that meet some of the needs of the Palestinians, but they need a lot more and one country's [assistance] does not suffice. Nobody knows how long the US aid reduction will last. Perhaps Turkey can temporarily bridge part of the Palestinian financial gap, but I do not think it can help with the whole deficit perpetually.”

The United States is the main financial supporter of the PA through the US Agency for International Development, which offered the PA $254 million in 2017.

Ahmed Youssef, a former political adviser to the head of Hamas’ political bureau Ismail Haniyeh, told Al-Monitor, “Turkey has a historical religious commitment to Jerusalem. Perhaps its leadership of the OIC gives it more responsibilities to the Palestinian cause. Turkey has balanced relations with Fatah and Hamas. While it supports the PA with its diplomatic efforts before the United Nations and garners international support for the Palestinian cause, its relations with Hamas are strong and marked by significant coordination.”

Former Palestinian Minister of Economy Mazen Sinokrot had said in March 2016 that the trade exchange between Turkey and the Palestinian territories reached $400 million. Turkey is the third trade partner for the Palestinian territories after Israel and China. The two countries signed in the past years several agreements exempting Palestinian products from taxes and granting them privileges in Turkish markets to boost trade between them. Religious tourism also plays an important role, with an increasing number of Turkish pilgrims visiting Jerusalem. Turkish tourism companies organize trips to Jerusalem for more than 100,000 tourists a year.

Rami Abdo, a Geneva-based financial analyst, told Al-Monitor, “I cannot forecast the amount of future Turkish aid to the Palestinians, but there is definitely a firm Turkish inclination to help, especially in Gaza. Although this aid is not as huge as that given by the European Union and some Arab Gulf countries, Turkey made a commitment to support the Palestinians financially following the 2014 war [on the Gaza Strip]. It has made 75% of its $200 million commitment during the Reconstructing Gaza Conference held in Cairo in October 2014. Still, Turkish financial support over the past years was not what the Palestinians had expected based on Erdogan’s supportive speeches.”