Female vocalists at concerts re-emerge as a heated point of contention in Iran, as hard-liners continue to ban them from public performances. 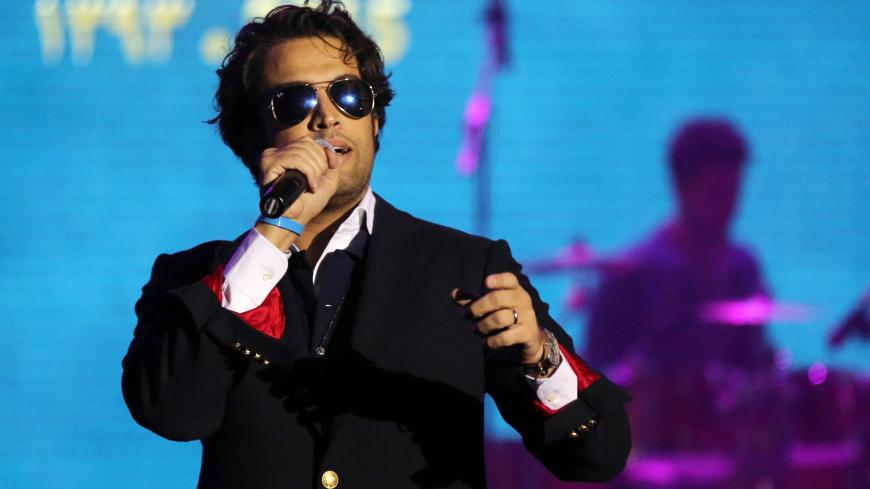 The crowd goes wild for Iranian pop idol Benyamin Bahadori as the heartthrob of the country’s young people begins his set. But his ballads seem to be missing part of his signature sound. A clue lies in a lone cello resting on stage. The drama began just before the Dec. 26 concert commenced in Tehran. The musician’s team filed the official paperwork, but minutes before he was set to go on stage, authorities prevented his female cellist, Melanie Avanessian, from performing.

“In her honor, and [in honor of] the people who had come to see her, we left her seat empty by her instrument,” Benyamin’s producer, Salim Ahmadi, told the Iranian Labor News Agency on Dec. 27.

Just a few weeks after his Tehran concert, Benyamin canceled his Jan. 25 Kerman performance. In a long Instagram post to his 1.3 million followers written on the same day, Benyamin (@benyaminmusic) talks about how his female vocalist, Mojgan Abolfathi, was also banned from performing and how his band set up a new rule: “We have decided that any time our female artists are told they can be present on the stage but then at the last moment we’re told they cannot, we — in respect of the women of our country — will cancel our program.” Iranians reacted positively to his ultimatum, with the post receiving over 2,300 comments and 40,000 likes. One woman wrote, “Bless you, dear artist. Thanks for the beautiful work and support.” Another said, “I’m proud of your line of thinking. If only some people understood that women’s presence at concerts doesn’t cause any problems. If more people thought the way you did, Iran would progress a lot more in its arts.”

Benyamin isn’t the first artist to have female members of his band prevented from performing. A similar incident happened to singer Salar Aghili while he was performing in Esfahan on Jan. 12-13. Shahrouz Balouchestani, a band member and flutist from Esfahan’s National Orchestra, said female musicians had performed in various cities for years without any problems, and he didn’t understand why officials prevented the orchestra’s female musicians from appearing on stage next to men.

“By law, women are allowed to play instruments solo. Only recently has there been a backlash by conservative bodies, and certain authorities have taken it upon themselves to prohibit female instrumentalists from appearing on stage,” said Nahid Siamdoust, a lecturer at Yale University and author of "Soundtrack of the Revolution: The Politics of Music in Iran." She told Al-Monitor, “Even the Ministry of Culture and Islamic Guidance has said that there is no ban. However, women are not allowed to sing solo, and that has been one of the very few enduring red lines in music in the Islamic Republic.” Siamdoust said the prohibitions are rooted in Islamic jurisprudence, although it is a matter of interpretation — even Supreme Leader Ayatollah Ali Khamenei has said that the female solo voice isn’t a problem. The supreme leader seems to be more concerned with "the kinds of music which are associated with debauchery and which lead people away from the path of God," as he said in a 2011 speech.

Iranian President Hassan Rouhani promised a more open society after taking office in 2013. Since then, however, numerous musicians and vocalists have had their concerts canceled at the last minute even though the performaces had received licenses from the Ministry of Culture and Islamic Guidance. Members of Iran’s music industry have urged Rouhani to follow through on his 2017 campaign promise to uphold citizens’ rights by preventing restrictions on performers. In July 2017, more than 500 artists and producers in the Iranian music industry signed a letter that said preventing licensed music performances was "breaking the law and an act of sabotage in the country’s affairs, and the perpetrators must be prosecuted.”

Then, in August, members of the House of Music — an independent association of musicians based in Tehran — signed a letter that asked the Iranian president, “Are the cancellations of lawful concerts not a clear example of the violation of the rights of musicians as citizens? Who is accountable for the trampling of these rights?” The letter said, “The government should be transparent in its support for artists by exposing and prosecuting pressure groups and agents responsible for preventing concerts.”

Hard-liners justify the concert cancellations by quoting vague decrees and statements made by senior clerics. Observers have noticed that concerts featuring female musicians and vocalists have been canceled more frequently since Rouhani took office. According to Siamdoust, “There has been a tense power struggle between hard-liners and moderates, especially since Rouhani’s election in 2013, and the hard-liners have been targeting the musical sphere because it is the most visible sphere of ‘the permissible’ in Iran today.”

As hard-liners wage a tug-of-war over opening Iranian society, Saudi Arabia is slowly playing catch-up — and Iranian citizens are taking note. Whenever the Iranian government was criticized over its human rights, Tehran always deflected by pointing to Riyadh. But now that excuse is becoming harder to use in the international arena, as the two regional revivals loathe being compared in a negative light to one another. Up until last year, Saudi Arabia banned public music performances on the basis that music is haram (forbidden). Still, many private concerts have happened — and there is even an active underground music scene. In December, Riyadh held the country’s first concert by a female performer.

But Siamdoust says Iran and Saudi Arabia are simply not comparable. “Saudi Arabia is finally giving some very rudimentary and basic rights to its women, which Iranian women have always possessed under the Islamic Republic. Perhaps the broadcast of the classical Arab diva Umm Kulthum has given Islamic Republic leaders some food for thought, though they certainly haven’t acted on it yet.”

Even now, Saudi Arabia is allowing midnight concerts of the "Nightingale of the East" on the radio. How long will it be before Tehran closes in on Saudi Arabia and allows women not just to perform again, but also to sing solo?