Rights organizations in Gaza strongly condemned the execution of a Palestinian accused of collaborating with Israel by his own family, arguing that such cases belong in the courts. 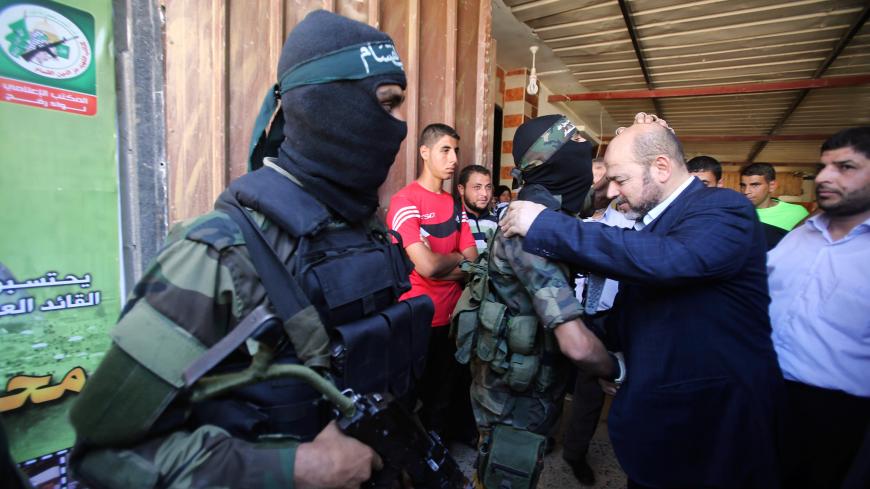 RAFAH, Gaza Strip — The Barhoum family executed one of its own sons, Ahmed Said Barhoum, Jan. 19 in the southern Gaza Strip town of Rafah.

The family accused him of providing the Israeli military with information that led to the assassination of three leaders from Izz ad-Din al-Qassam Brigades, Hamas’ military wing. Israeli warplanes struck the city of Rafah on Aug. 28, 2014, during the Israeli war on Gaza, killing the three men in addition to five civilians, based on information provided by Ahmed, according to his family.

The family said in a statement on Jan. 19, “We, the family, will gladly punish [Ahmed] to avenge the heroic martyrs and honor the rights of their families.”

The statement continued, “The family followed the investigation from the moment Ahmed was arrested by Palestinian security forces. We have listened to his confession and examined the tools he used to communicate with the Israeli enemy.”

The family said, “We advise all families who find themselves in the same position as we have to cooperate with the resistance forces.”

No Hamas leader would comment to Al-Monitor, but the movement did praise the execution in a statement published by Hamas-affiliated Al-Resalah on Jan. 19: “The Islamic resistance movement Hamas in Rafah appreciates the measures this family of martyrs and mujahedeen, the Barhoum family, has taken to punish Ahmed for his crimes.”

Gaza’s public prosecutor Ziauddin al-Madhoun also declined to comment on the execution. Al-Monitor contacted Muhammad Faraj al-Ghoul, the head of the legal committee in the Palestinian Legislative Council and a Hamas member, who simply said, “I do not want to comment on this issue.”

That Hamas' legal leadership is refusing to comment suggests that there are internal differences within Hamas over the extrajudicial execution of accused spies.

Several local human rights organizations condemned the execution. The Palestinian Center for Human Rights said in a statement issued Jan. 21, “Anyone involved in working with Israel must be tried before the official judiciary, which guarantees justice and rejects individual or organizational punishment.” Meanwhile, the Palestinian Authority is working to abolish the death penalty altogether.

Issam Younis, the director of Al-Mezan Center for Human Rights whose father and stepmother were killed during the Israeli attack, told Al-Monitor, “Any execution should ultimately be implemented by virtue of a court order if the law permits it. No unofficial party can carry out an execution on its own." Younis stressed that the judiciary is the only party charged with implementing the law. He added, “No arrest or detention can be made except through the provisions of the law, regardless of the type of crime."

Younis added, “The crime of collaborating with the Israeli occupation is the most serious type of crimes, and the law classifies it as a major crime that requires a severe punishment, which can be the death penalty. But the important thing is that the provisions of the law are implemented by the appropriate authority through the courts. Justice is not revenge.”

Imad Dweik, the director of the Independent Commission for Human Rights, told Al-Monitor, “We strongly condemn Ahmed’s execution by his family, and we consider it a murder outside the scope of the law. The official bodies must investigate the execution that took place. We are not against holding spies accountable, but it needs to be done according to the law, with a fair trial to give the accused the right to defend himself.”

He noted that Ahmed had been detained for at least two months by al-Qassam Brigades before his family announced he had been executed, adding, “We consider his detention to be a form of forced disappearance and kidnapping.”

Dweik said, “We have approached the prosecutor's office and other official bodies in the Gaza Strip to investigate Ahmed’s execution. I do not expect them to do anything about it, but we did discuss with official bodies in the Gaza Strip the importance of standing against the unlawful execution of spies since it disrupts domestic peace in Gaza and violates human rights.”

Hamas alarmed human rights groups when it executed a number of spies following the 2014 war. The concern was not only over the lack of fair trial, but also over the informal executions outside the scope of the official Palestinian legal institutions.

Abdullah Abdullah, Fatah leader and head of the PLC’s political committee, told Al-Monitor, “The law governs all Palestinian territories, and what happened was outside the framework of the law. We are against any party taking action on its own and playing the judiciary’s role in implementing the law.”

Ahmed Taha, law professor at Al-Isra University, told Al-Monitor, “The family is not a civil nor a military or political institution, and it is not entitled to run the Palestinian public affairs. This execution is highly unacceptable, especially in Palestine, which is in the midst of achieving a political entity and establishing a state.”

Taha added, “The family cannot claim any authority whatsoever, and we should avoid families [taking extrajudicial action] to prove their nationalism. This is an effort [to demonstrate] nationalism on the Barhoum family’s part. A spy’s family usually makes a statement disowning him and lets the judiciary take action.”