Is Hamas setting up military force in Golan Heights?

Israel has accused Hamas of working on setting up a military force in the Syrian Golan Heights at the request of Iran. 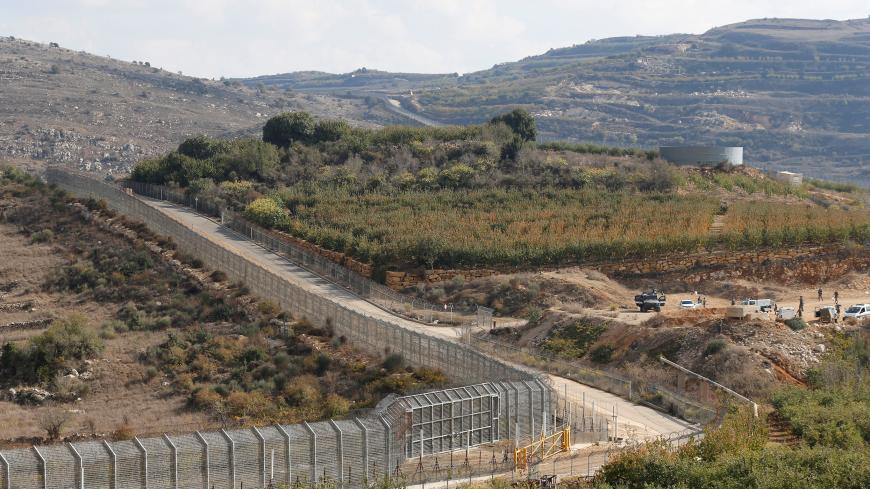 A general view shows a border fence between the Israeli-occupied side of the Golan Heights and Syria, Nov. 4, 2017. - REUTERS/Ammar Awad

GAZA CITY, Gaza Strip — The Israeli Public Broadcasting Corporation reported Jan. 23 that Hamas is seeking to set up a military force in the Syrian Golan Heights to fire rockets at Israel. The broadcaster quoted Israeli security sources as saying that Iran had instructed Hamas to set up a force in the Golan Heights in order to strike Israel from the north.

Hamas is yet to comment on the report. Contacted by Al-Monitor, Hamas spokesman Hazem Qassem refused to make any comment, but Palestinian security experts and political analysts believe that the timing of the announcement conveys Israeli political messages to a number of international parties such as Russia and the United States.

This Israeli announcement came a few days after Israeli Defense Minister Avigdor Liberman said in an interview with the Makor Rishon website Jan. 19, “Hamas is having trouble carrying out attacks from the Gaza Strip, which is why it is trying to do so from the West Bank while developing the necessary infrastructure in southern Lebanon to target Israel therefrom.”

Hisham al-Maghari, a security expert and the dean of Al-Awda University College in Gaza, told Al-Monitor, “Israel's claim that Hamas is working to set up a military force in the Golan Heights is inconsistent with the movement’s declared policy as far as the Israeli-Palestinian conflict is concerned.”

He added, “Hamas has clearly declared that it is fighting Israel from inside Palestine. [Israel], on the other hand, has no evidence of such claims."

Hamas’ representative in Lebanon Ali Baraka had said in a press statement Jan. 16 that “the movement shall not be dragged into any foreign battles with Israel, and that its battle will remain confined to Palestine.”

Maghari said Israel’s timing aims at justifying a potential strike against Hamas and sending messages whereby “a new confrontation would be widely justified through pretexts that include Hamas’ work from outside the Palestinian territories.”

He said, “Israel is well aware that Hamas is showing high self-restraint as Gaza goes through difficult conditions, and it is therefore trying to create propaganda pretexts to promote that Hamas is preparing for military action outside the borders of Palestine."

Mohammad Musleh, the director general of the Palestinian Ministry of Interior, told Al-Monitor that Israel's announcement that Hamas is about to set up a military force in the Golan Heights to prepare a military strike is aimed at showing that the Golan Heights has become the scene of direct anti-Israel action.

“Israel is trying to convey messages to the United States, Russia and the West that the Golan Heights poses a threat to it and that there is a resistance alliance between Hamas and the Lebanese Hezbollah in Syria with the support of Iran,” he said.

Of note, Liberman told Makor Rishon also that “Israel is closely following the new friendship between deputy head of Hamas’ political bureau Saleh al-Arouri and Secretary-General of Hezbollah Hassan Nasrallah.” He said that any development in this regard would be dealt with appropriately.

Nasrallah visited Arouri in Beirut in November 2017, which was the first time the two met following the disagreement between Hamas and Hezbollah over the crisis in Syria. The Hamas leadership, based in Damascus, had left Syria in the wake of the Syrian revolution in March 2011 after it refused to support the regime of President Bashar al-Assad.

Musleh said Israel is promoting the idea that Iran is its main enemy in the region in an attempt to shift the attention away from the Israeli-Palestinian conflict and entrench the idea that Hamas is a “movement that continues to practice terrorism.”

Political analyst Yassin Ezzeddin told Al-Monitor, “The situation on the border with the Golan Heights and the battles between the opposition and the Syrian regime are preventing Hamas from acting freely — even with the regime’s consent.”

He added, “The Israeli reports that Hamas is working on building a missile in southern Syria are not trustworthy."

On Jan. 1, the Israeli Public Broadcasting Corporation published a report prepared by the Israeli Institute for National Security Studies according to which Israel will be facing several risks this year, including the risk of war on the northern Israeli front against three main powers: Iran, Hezbollah and the Syrian government. The report noted, “Tehran is still arming and financially supporting groups that fall within its orbit and that are active on the border with Israel” — such as Hezbollah in southern Lebanon.

Israel's announcement that Hamas is working to set up a military force in the Syrian Golan Heights may fall within the context of the warnings made by the security studies institute, which foreshadows a possible war on Israel's northern front.