Domestic demand for Turkey's defense products is reaching the saturation point, and Ankara has its eye on South Asia as the most lucrative potential market. 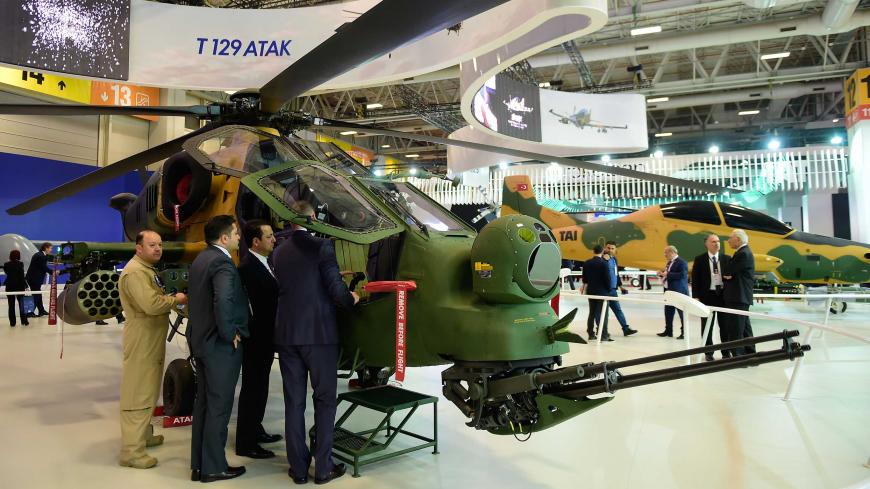 Leaders from the Middle East, Central Asia and the Far East are showing a lot of interest in Turkey's defense companies. For example, Pakistani Prime Minister Shahid Khaqan Abbasi, during his recent visit to Ankara, personally participated in a test flight of a T-129 attack helicopter manufactured by Turkish Aerospace Industries (TAI). Pakistan is thinking of spending $1.5 billion to replace its worn-out Bell AH-1F and AH-1S Cobra attack helicopters with 30 T-129s from Turkey.

Technology transfer from TAI to Pakistan Aeronautical Complex (PAC) would allow for joint production. If Pakistan approves the deal, and it is expected to by July, this will be the biggest single sale made by the Turkish defense industry. Also, Pakistan is closely interested in Hurkus trainer aircraft, also manufactured by TAI, and Anka drones.

Low-intensity clashes in Thailand, Pakistan, the Philippines, Indonesia and Malaysia have made those countries aware of Turkey’s counterterror experience. Its locally manufactured weapons and systems are the kinds most needed in counterterror and counterinsurgency operations against violent nonstate actors. There is particularly heavy interest in Turkey's devices to counter roadside bombs, such as jammers and compressors, armed and unarmed drones, border surveillance systems, armored tactical vehicles and personnel carriers.

Defense industry expert Arda Mevlutoglu underlined that the rapid expansion of Turkey's defense industry increased export revenues; about 50% to 60% of these sales are part of offset agreements. Mevlutoglu said there are several factors driving Turkey’s increasing defense-industry footprint in the Asia-Pacific region.

"The Turkish armed forces are also actively engaged in a number of operations and conflicts, some of which are within the context of NATO and UN efforts," he added.

One important thing that sets Turkey apart from its South Korean and Israeli rivals in the South Asia market is that Turkey's entire range of defense products comply with NATO standards. Another factor that makes Turkey very competitive is Turkish companies' willingness to agree to technology transfer and joint production. This openness encourages many South Asian companies, especially those new to the field that are looking for easy contacts and meetings, not companies that just sell their products off the shelf.

But Mevlutoglu underlines an important fact: “Turkey's defense industry is currently at a junction: So far the industry has expanded rapidly and produced many impressive platforms and systems. Now the sector should enter the ‘sustainability phase’ in which it should manufacture, maintain, upgrade and export these products. Export of defense systems has never been a straightforward business: It is genetically infected with implications of political relations and also the effects of [technological] advances. Given that the Turkish defense sector can cope with these, the result is many impressive export successes.”

Mevlutoglu also stressed that for Turkey to be competitive globally, it must develop its human capital, significantly increase funds for research and development, and create a serious political vision.

This sector is a business ecosystem that requires flexibility, long-term planning and continued focus on total quality. Putting effort into immediate export results might make Ankara smile for two or three years, but it can't be the sole criterion for Turkey's success in the defense industry.