Air Force Secretary Heather Wilson said the service suffers from a lack of planes and pilots as well as ongoing budgetary uncertainty as it flies an increased number of missions against the Islamic State. 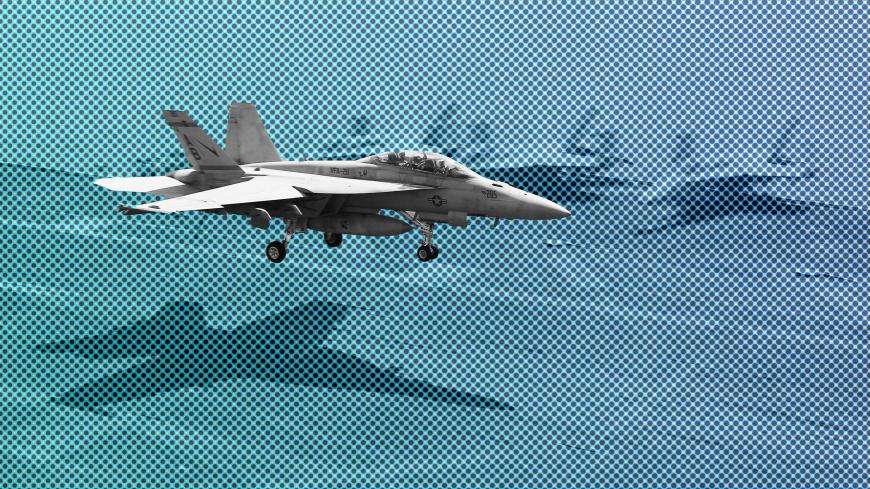 An F/A-18E/F Super Hornets of Strike Fighter Attack Squadron 211 lands on the flight deck of the USS Theodore Roosevelt aircraft carrier in the Gulf, June 18, 2015. - REUTERS/Hamad I Mohammed

The US military is being stretched thin by the American-led air war against the Islamic State (IS), US Air Force Secretary Heather Wilson said Thursday.

The US-led coalition fighting IS in Iraq and Syria dropped more than 5,000 bombs on the militant group in August, setting a record for the three-year campaign. But the Air Force has just 55 active fighter squadrons, an almost 60% drop from the first Gulf War in 1991, as it faces arbitrary budget cuts and a shortage of planes and pilots.

“The Iraqi people are taking back their own country from this vicious group and ideology with the assistance of United States airpower and intelligence,” Wilson said at the Center for Strategic and International Studies, a Washington think tank. “The problem for us is that the Air Force is still heavily committed, even if we reduce the number of ground forces worldwide.”

While the Air Force’s ability to gather intelligence has improved, allowing it to strike 54,000 IS targets since 2014, the mission is “wearing our people out,” said Wilson. Each coalition fighter jet is refueled four or five times on every mission, requiring as many as 65 tanker missions every day in the Arabian Gulf, she added.

On the whole, 13 nations participate in joint airstrikes against IS, but the United States conducts the vast majority of strikes in Iraq and Syria, according to coalition figures released in June. These include B-52 bomber runs from Qatar’s Al-Udeid air base that surged over the summer despite a Saudi-led blockade against the tiny emirate, which houses some 10,000 US troops. 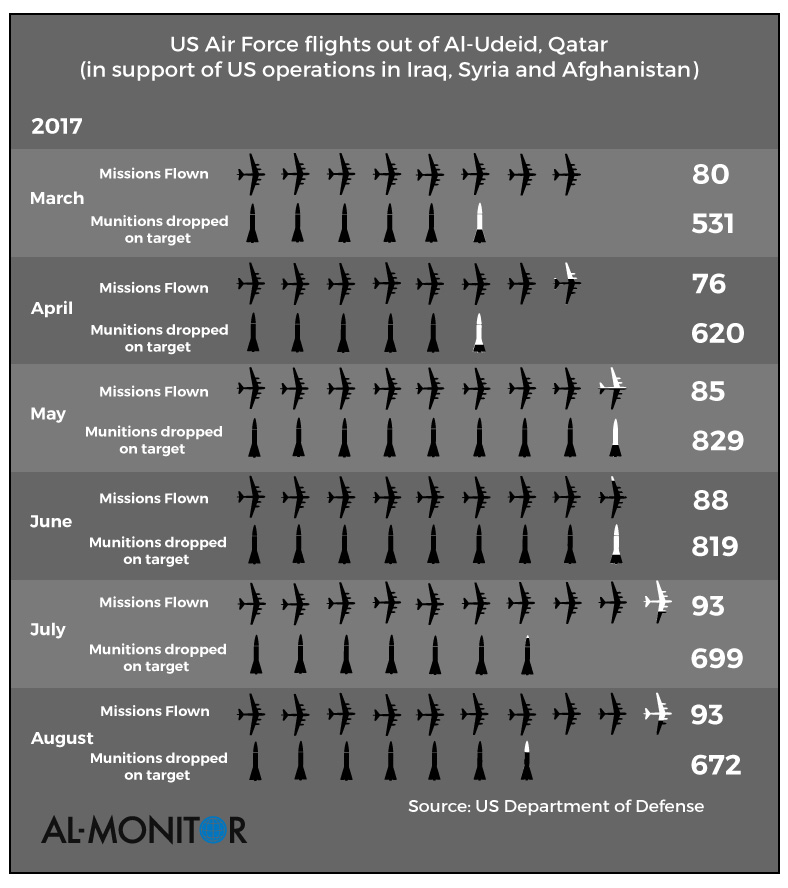 But the Air Force also faces the strain of continued wars in the Middle East that date back to the US liberation of Kuwait in 1991 as well as more recent budgetary pressure. This week, the US Defense Department entered its ninth consecutive fiscal year operating under a congressional budgetary compromise that caps military funding at previous years’ levels, Pentagon spokeswoman Dana White told reporters on Thursday.

Experts say the Donald Trump administration’s $183 billion budget for the Air Force would potentially alleviate some of the stress the service faces in Iraq and Syria, helping it bring on 4,100 active-duty airmen and boost money for training.

It could also help the service recapitalize its fighter aircraft that have been in service for an average of 27 years each. The Air Force is also short 1,500 fighter pilots, even as it rolled out the first fully operational F-35 fighter squadron at Hill Air Force Base in northern Utah, and continues development of next-generation bombers and tankers.

“The US Air Force has been in continuous combat operations for 27 years, and the strain is showing,” said Wilson, a former Air Force officer who previously served in the George H.W. Bush administration and as a Republican member of Congress from New Mexico. “We are stretched to be able to win any fight at any time.”