Film about interfaith dialogue opens in Egypt to praise

"The Sultan and the Saint," an award-winning film about interfaith dialogue at the height of the Crusades, has found an enthusiastic reception in Egypt, where the true story played out. 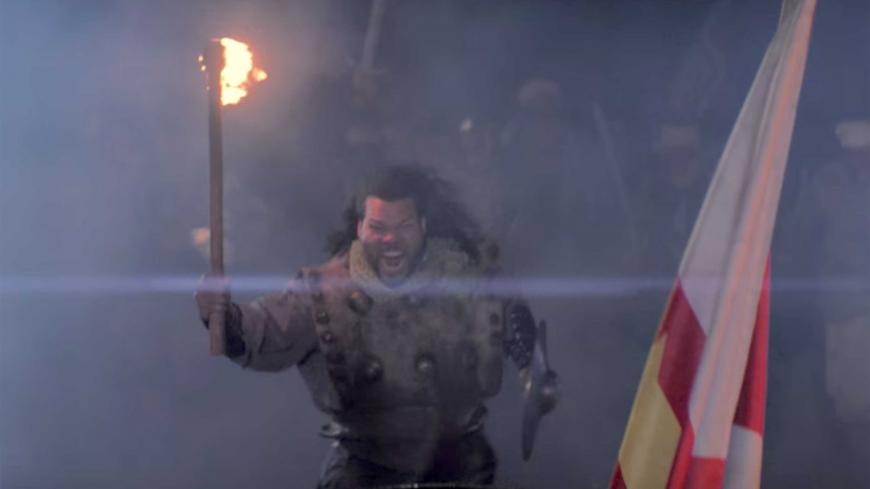 A still from the film "The Sultan and the Saint." - Unity Productions Foundation

“The Sultan and the Saint,” an award-winning film about a historic dialogue between different faiths, has premiered to wide applause in Egypt, the home of its central character, Sultan Mohammad Malik Al-Kamel ibn Al-Adel Al-Ayoubi.

The 60-minute docu-drama was first screened Oct. 12 by the Cairo-based Al-Ahram Weekly, an English-language newspaper, to a small audience of religious leaders, intellectuals, writers and historians. On Oct 17, it was screened again in the Bibliotheca Alexandrina in Egypt’s coastal city of Alexandria.

“The Sultan and the Saint” is a true story of peaceful discussions between two men of faith, the Muslim ruler Sultan Al-Kamel and the Christian Francis of Assisi, who later became one of Christianity's most revered saints. Their encounter took place during the Crusades in 1219, at the height of east-west tensions, in Damietta, about 160 kilometers (100 miles) north of Cairo.

The film is narrated by Academy Award-winner Jeremy Irons and stars Zack Beyer as Sultan Al-Kamel and Alexander McPherson in the role of Francis. Written and directed by Alex Kronemer, the film is based on Paul Moses' book “The Saint and the Sultan: The Crusades, Islam, and Francis of Assisi's Mission of Peace.”

Combining fast-paced action and interviews with renowned historians and religious scholars who comment on the events and dialogue between the two men, the film illuminates the desire of the two main characters for peace and their love of God. Francis, who is a traveling preacher at the time and has yet to become one of the most important scholars of the Christian faith, keeps warning against war and urges forgiveness — views in sharp contrast with those of many other Christians. The film shows Sultan Al-Kamel, the nephew of the great Muslim ruler Saladin, as holding beliefs similar to those of Francis and as sharing a warm relationship with the Copts. “God creates us to get to know each other, not to quarrel,” says the sultan in one scene.

When Francis comes to meet the sultan in the heat of the Crusades to ask him to bring an end to the long-running conflict, the sultan, close to victory, welcomes Francis and treats him with hospitality and generosity and the two men spend a week together. In the sultan’s camp, Francis engages in one of the great moments of inter-religious dialogue with the sultan and his followers, observing rituals of faith such as prayers. He departs with a deeper understanding of Islamic spirituality that inspires him later in his writings that urged Catholics to treat Muslims with great respect.

“The film reveals the possibility of coexistence, open-mindedness and dialogue in that period,” Rev. Antonio Adeeb, the secretary of the Franciscan Order in Egypt, told Al-Monitor.

He said that the film showed that the “other” must be respected. “What Francis had found out was that Muslims are not severe, but the contrary — they pray, fear God and are merciful, as it was clear in the scene of distributing bread to the defeated crusaders,” he said. “At the same time, the sultan saw that among the crusaders, there was a man who called for peace and dialogue.”

Adeeb added, “We really want more films like this. It must be screened in universities and schools so that we can see religion as a factor that helps us get to know each other, not as dividing us.”

Farida el Naqqash, a well-known Egyptian writer and journalist, said the film carried a humanitarian, moral and civilized message that calls for interfaith dialogue. “It also aims to fight extremism and sectarianism,” she told Al-Monitor.

However, Naqqash said that the film contains a historical mistake as it has Arabs use the word “crusaders.” At that time, Arabs called crusaders “frenja” (the Franks).

“Egyptians at that time called them frenja because they were invaders. It was not a Muslim-Christian issue but colonization,” she said.

Naqqash called for the film to be screened widely in order for people to know their history and discuss it.

Ezzat Ibrahim, the editor-in-chief of Al-Ahram Weekly, said the film is important and relevant to today's conflicts. “The docu-drama work presents the history of the relationship between East and West,” Ibrahim said after the screening, which was organized in collaboration with the Baltimore-Luxor-Alexandria Sister City Committee.

He said the cooperative screening of the film at one of Egypt's state-owned press foundations reinforces the power to build bridges with cultural institutions in the West and opens channels for further cooperation.