Palestinian officials say that joining interpol will allow them to fight crime more efficiently, and reject claims that they will use membership to target Israeli officials. 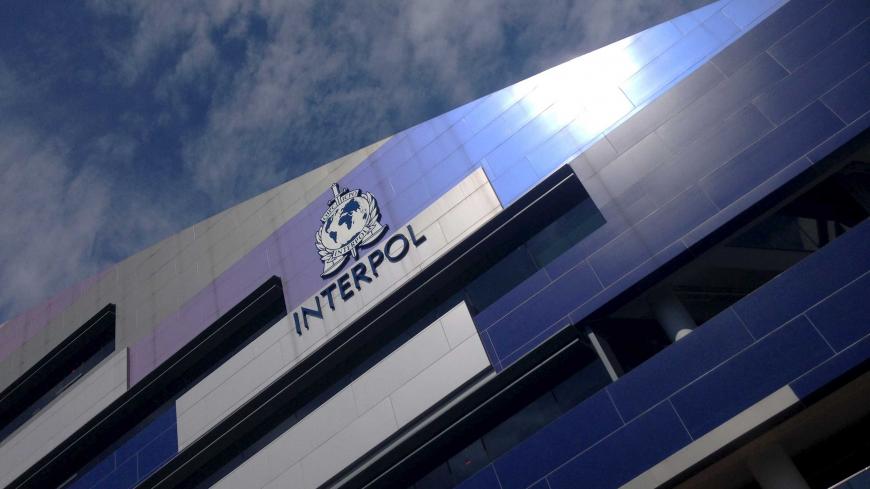 GAZA CITY, Gaza Strip — On Oct. 12, at a meeting in Ramallah of the committee formed by Palestinian President Mahmoud Abbas to follow up on his country’s accession to Interpol, Prime Minister Rami Hamdallah decided to establish the Interpol National Central Bureau for Palestine.

This comes after Interpol approved the membership of the Palestinian territories at its 86th General Assembly meeting held in Beijing, China, on Sept. 27, with 75 voting countries backing the Palestinian membership.

In a Sept. 27 statement, Palestinian Foreign Minister Riyad Malki welcomed Palestine’s admission to Interpol, describing it as “a reflection of confidence in the Palestinian territories’ ability to enforce the law and abide by the fundamental values of the organization.”

The Palestinian Authority (PA) had officially submitted an application to join Interpol in 2015, arguing that membership would help it pursue and prosecute outlaws wanted for criminal and corruption charges.

Col. Mahmoud Salah al-Din, the newly appointed director of the Interpol national office in Palestine, said joining Interpol is a major achievement for the Palestinian territories, now “part of an organization of 191 member states.”

He told Al-Monitor, “With this step, the Palestinian territories now rank among the countries who are members of Interpol in terms of law enforcement and the fight against crime. This will highly improve the Palestinian ability to confront transnational crime.”

Din pointed out that the national office would start working in cooperation with Interpol and the Palestinian judicial authorities in order to extradite and receive criminal fugitives. He also explained that the Palestinian judiciary has a list of wanted persons that will be referred to the national office once the electronic network is connected with the Interpol headquarters in Lyon, France. “This is expected to take place very soon,” he said.

As an Interpol member state, the PA will be able to coordinate with and receive information from other police agencies around the world shared through Interpol databases. It will also be able to report criminal activity on these databases.

Asked whether the PA would issue arrest warrants against Israeli officers after joining Interpol, Din replied, “Interpol has no authority over state authorities, and laws that apply to citizens are the national laws.”

He added, “By virtue of Article 3 of Interpol’s constitution, the organization shall not undertake any intervention or activities of a political, military, religious or racial character. Its activities shall cover only criminal cases,” stressing that no Interpol member state is allowed to prosecute citizens of another country.

According to Israeli media outlets, Tel Aviv was wary of the Palestinian accession to Interpol, fearing the PA would use its membership to initiate proceedings and file requests aimed to mount war crime charges and issue Interpol red notices — warrants requesting the extradition of criminal fugitives — against Israeli army officers and soldiers.

The Israeli newspaper Yedioth Ahronoth reported Sept. 27 that Israel did not expect the Palestinian territories to become a member of Interpol and said it was surprised by the decision, which dashed “Israeli and American hopes that the world police organization would quash the Palestinian membership application.”

Hanna Issa, a professor of international law, believes the PA’s entry to Interpol will boost its international standing and enable it to prosecute the perpetrators of criminal offenses such as murder, theft and drug dealing.

However, he told Al-Monitor that there is a “major obstacle” hindering Interpol's operation in the Palestinian territories, namely, Israel’s control over the Palestinian border and crossings in the West Bank, which may undermine the PA’s ability to extradite Palestinian fugitive criminals from any other country in the world.

Issa further added that the PA may now — after its accession to Interpol — turn to other countries to help it arrest its wanted criminal fugitives, stressing at the same time that the PA’s accession to Interpol does not target Israelis, but aims to combat ordinary crimes such as money laundering, arms trade and human organ trafficking. “This has nothing to do with international crimes,” he said.