Ottoman fez gets face-lift in Beirut

Two Lebanese designers are collaborating to reinvent the traditional tarboosh and give it a 21st-century look. 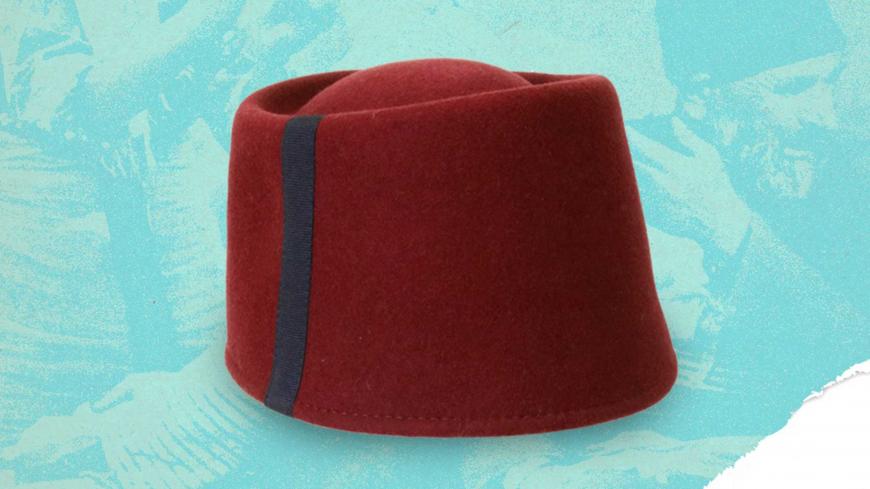 In 2016, he launched his new line Boshies and since has been collaborating with fashion designer Diane Ferjane. The two designers now work on a line that would modernize Middle Eastern casual wear.

The tarboosh, also called fez, was adopted by Ottoman Sultan Mahmud II in 1826. The reformist sultan, who had seen North African sailors wear the headgear, urged all bureaucrats to wear it instead of the turban, which he considered oriental. The fez was worn in the Middle East and North Africa until the 20th century. Today, the tarboosh is part of the folklore, and bad replications are sold to tourists in search of exoticism. During Beirut Design Week 2016, Haddad showcased a new version of the famous hat — modernized and easier to wear in daily life.

“I wanted the tarboosh to become a unisex fashion accessory, rather than a headgear for men. I also wanted to send a message of innovation and emancipation to the Lebanese and Arab youths,” Haddad told Al-Monitor. “During the first year of business, I received a lot of positive feedback from the market so I decided to take the idea further."

He then met with Ferjane, a designer whose focus is on modernizing traditional Lebanese and Arabic clothes such as harem pants. Ferjane told Al-Monitor how she started to modernize traditional clothes.

“I took a photography class and our teacher asked for portraits, so I went to a small village and met the oldest man there," she said. "He was 104 years old. I wanted to capture his wrinkles in detail. Before he posed for the photos, the man dressed up in this traditional beige costume composed of harem pants and a buttoned shirt. I completely forgot his face as I had never seen anything like it before. It made me sad realizing these clothes would disappear so I started working on modernizing harem pants, adapting them to women, for instance, in order not to lose this heritage. My work and Elias’ ideas are complementary. I design and produce and he is in charge of the business, graphics and marketing.”

Elias and Ferjane’s meeting with a seamstress and a hatter in Bologna, Italy, helped them create a business plan for an affordable casual wear line that would go beyond hats. But Boshies' hats and winter caps would be the main focus of the collection. “Just in two days, we created a new hat style,” Haddad said. “With no seam marks, it was easier to wear. We also created a straw-hat prototype.”

Back in Lebanon, the team started expanding their brand with short- and long-sleeved shirts displaying “love” and “Beirut” in Arabic, pullovers, poufs, jogging harem pants and sweatshirts. All of these will gradually go on sale in the coming year.

“Now all we need to do is to bring back the necessary machinery from Italy to produce the hats in Lebanon,” Ferjane said. They launched an online crowdfunding campaign to fund this.

But Boshies represents more than fashion to its designers; they consider the brand a modernization and rebranding of an image. In the introduction video for the campaign, the team referred to Western films representing Arabs wearing the tarboosh in a negative way. “In films you see many stereotypes of Arabs as thieves, terrorists or rapists. They are portrayed as foolish, misogynistic and cunning,” Haddad said. “There is a lot of work to be done to rebrand the Middle East. We have to show we can participate in modernity like anyone or any country in the world. So the idea is to transform a cultural item into a daily casual wear piece that could cross borders, instead of waiting for a Western brand to come and do it for us.”

He concluded, “The tarboosh already exists in the collective imagination of people — it is time for it to embrace modernity."