Despite their many differences, the Rouhani administration and the IRGC are showing a unified stance amid talk of a US plan to designate the Guard Corps as a terrorist organization. 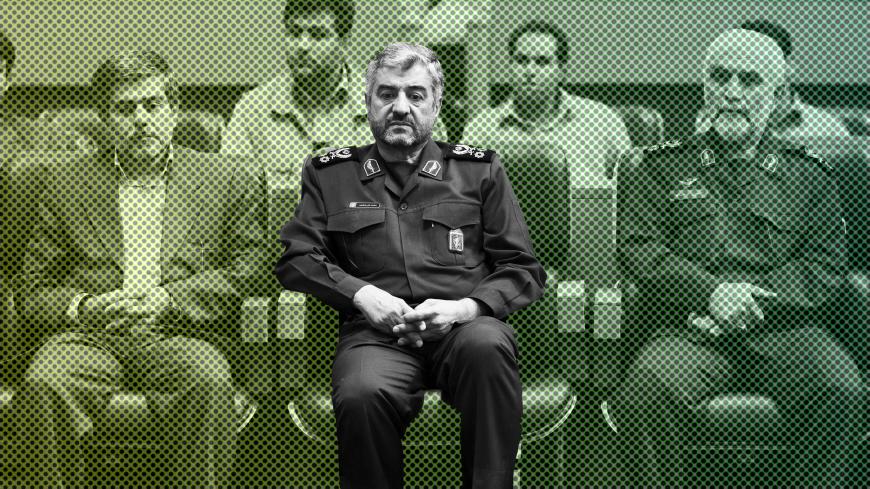 In the wake of emerging reports that Washington is preparing to designate Iran’s Islamic Revolutionary Guard Corps (IRGC) as a terrorist organization, Iran’s Foreign Minister Mohammad Javad Zarif and the commander of the Guard Corps have adopted a unitary position, warning the White House over the possible consequences of such a move.

In a meeting on the coordination for holding the 40th anniversary of the 1979 Islamic Revolution, IRGC commander Gen. Mohammad Ali Jafari said Oct. 9, “There is a good harmony between Mr. Zarif and myself in announcing our positions against the enemies, and the enmity of our enemies against Iran and its capabilities in the defense, political and social sectors.”

The IRGC commander added that he and Zarif share the same stances and only differ in the way they express themselves.

Jafari said, “Diplomatic expression is different from defense forces’ expression, but its content and orientation are the same," adding, "[US President Donald] Trump must be sure that we [the IRGC] are united with the Foreign Ministry and our government.”

Simultaneously, in a rare occurrence, a photo was released to the media showing Zarif and Jafari laughing together and hugging each other at the aforementioned meeting — an image seemingly designed to try to send a message of Iranian unity to the Trump administration.

In the same meeting, the Iranian foreign minister condemned the United States' possible plans to designate the IRGC as a terrorist group. “We have repeatedly declared that the IRGC is an honor for our country and a guarantor of the defense of our homeland and the continuation of the revolution that defends the borders of our country. The role of the Revolutionary Guards in the imposed war [with Iraq in the 1980s] was also a shining moment,” Zarif told a group of reporters Oct. 9.

He continued, “The West is well aware of this issue, and it is quite clear that the Islamic Republic of Iran does not negotiate over its defense capability. … America isolates itself with such actions and becomes more hostile in the eyes of our nation.”

Warning against a possible terror designation for the IRGC, Zarif added, “If US officials commit this strategic mistake, the Islamic Republic of Iran will surely reciprocate. We have designed a number of actions that will be announced at the right time.”

Moreover, government spokesperson Mohammad Bagher Nobakht has also spoken in defense of the IRGC, saying the Guard Corps is respected in the eyes of Iranians. “The position of the government toward the IRGC is very clear: The Revolutionary Guards are a revolutionary organ and one of the components of the power and defense of the nation after the revolution,” Nobakht said Oct. 10.

He added, “This institution [the IRGC] is still respected, and people will never forget the courage of the Revolutionary Guards in defending the country and the people — and the world should acknowledge the reality of the IRGC's defense against the terrorist invasion of Daesh [Islamic State], which it has.”

Iran’s government spokesman emphasized, “The IRGC is a defender of the nation and an attacker of terrorists, so if the United States has such a reaction against the Revolutionary Guard Corps, it will be like the terrorists who have the same positions against the IRGC.”