A Cairo-based intercultural community space picks up from where the local education gap has left by teaching children empathy and multiculturalism. 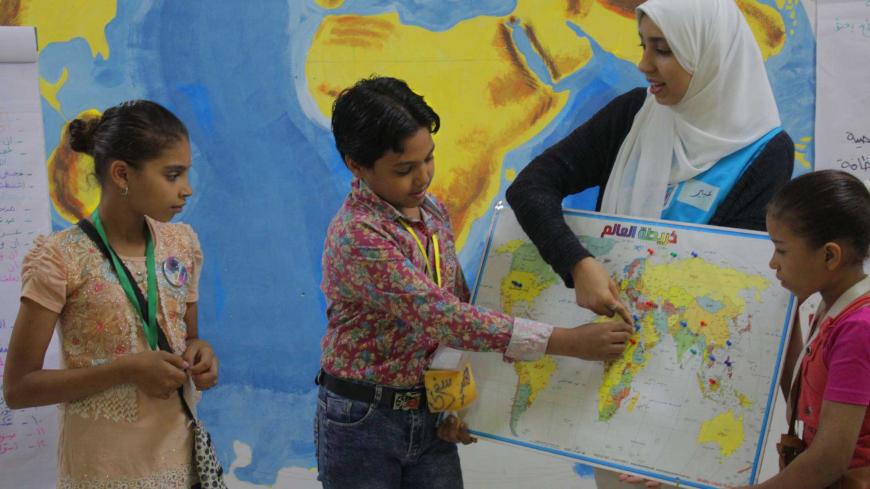 Children add a pin for every country they have friends from during a Safarni workshop, Cairo, Egypt, Oct. 16, 2017. - Facebook/SafarniWorkshop 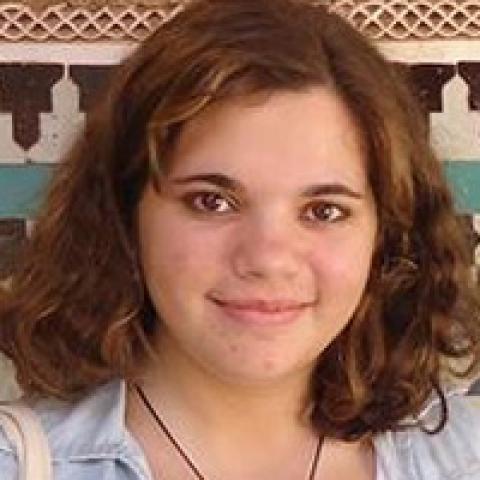 A blue and green cake shaped like a globe with an edible plane flying over it is at the center of a room where a group of cheerful guests, adults and children, dance and hit a pinata. The party, whose theme is travel and multiculturalism, marks the fifth anniversary of Safarni, a project that aims to teach diversity to underprivileged children through intercultural and imaginary traveling workshops.

Created by Raphaelle Ayach and hosted by the civil society group Etijah, Safarni means “take me traveling” in Arabic. It aims to teach local children respect for Egypt’s and the world’s cultural diversity. Since its opening on Oct. 5, 2012, Safarni has organized hundreds of imaginary weeklong trips to foreign lands, using expats of the countries based in Cairo, food of the countries and decorations and knickknacks that belong to the country. Using nongovernmental organizations and refugees or expats who were only too glad to talk about their countries, Safarni has created the ambiance of many foreign lands.

The children, guided by a volunteer “captain” and welcomed by “foreign friends,” dive into the discovery of a new land for eight days. Often, that means meeting and talking to locals from that country, tasting the local food and experiencing the country’s folklore.

“Traveling remains a luxury that only few Egyptians have access to,” Ayach told Al-Monitor, referring not only to the economic difficulties but also stricter visa procedures toward Egyptians since the beginning of the 2011 upheavals. “We're using our platform to transmit the benefits of travel — such as connecting with new friends of different cultures, trying different foods, dancing to new rhythms, learning about new social issues — while staying within the geographical confines of our own neighborhood.”

​Each workshop lasts a minimum of eight days for a group of 30 children ages 8-12. Most come from low-income Egyptian families who cannot afford to travel abroad. The goal of the workshops is to pick up from where local education has left in terms of teaching values of diversity and respect.

“There’s a gap caused by what the children are taught by their families and schools, especially in the poor areas, where the quality of education is worse,” Yahia Refaat, a volunteer captain who, wearing his Air Safarni hat, has guided trips since 2014, told Al-Monitor.

“Being a refugee and studying in Egyptian schools, I felt the concept of diversity and embracing others is not taught explicitly in schools here,” said Azza Osman, a Sudanese “foreign friend” at Safarni, always presenting her culture proudly wearing a toab, a Sudanese traditional dress. “Growing up as a Sudanese in Egypt, I faced a lot of misconceptions about who I am and about my country, as well as stereotypical and racist comments about the color of my skin,” she said. “In fact, the assumptions or the comments were based on ignorance, not nastiness or ill will. They can so easily be prevented if we educate children when they are impressionable. This is the way to create a better and more tolerant generation.”

Safarni enabled the Egyptian kids to brush aside existing prejudices — such as racism toward African immigrants, especially those who come as refugees from Sudan, Somalia and Ethiopia. Parents whose children attend Safarni’s spaces agree that, since taking part in the activities, their children have started to think twice about xenophobic behavior, according to Dalia Magdy, a parent who got involved in the project and became its activities coordinator. The workshop also became an opportunity for entire families to reconsider common prejudices dictated by Egyptian society and learn from mistakes, said Magdy.

Through virtual reality technology, arts and crafts, and brain exercises, Egyptian children slowly learn how to overcome borders. “We start our activities by discussing and setting some rules on how we will confront the differences we will face during our travels,” Refaat said. “We pledge respect for each other, the place and the materials we use.” Once they commit to that, the children are guided through different stops, or “stations,” each of them intended “to create empathy and self-awareness,” rather than give bibliographical information about a place.

One of the most important parts of Safarni’s methodology is discussing a social challenge that the visited country faces and then asking children to find a solution to that problem. “Challenge Station is my favorite part of the day because it shows how clever these kids are,” said Heba Babker, a captain and art director at Safarni since 2015. In November 2015, the children tackled France’s social challenge of how to integrate Arab immigrants and overcome racism in the country and the children brainstormed potential solutions and made a presentation about it.

At the end of the workshop, kids celebrate graduation day, where they receive a certificate as ambassadors of diversity and pledge to commit spreading values of tolerance and empathy toward foreigners.

Beyond discovering foreign cultures, Safarni children have had the chance to discover their own culture through imaginary trips to Egypt’s lesser-known regions, such as Nubia or Alexandria’s Greek identity. Safarni’s core idea is that Egyptian kids don’t have to go that far to see and appreciate diversity. “We have food from Sudan, clothes from China, architecture from Turkey and water from Ethiopia,” their Facebook page reads. Encouraged by this newly acquired awareness, on Oct. 8, the youngsters took the lead and became captains of their own trips.

“They collaborated to create the content of the day, and foreigners in Cairo were assigned groups of children who acted as tour guides,” Ayach explained. “This workshop was proposed because we felt that the activities were becoming too one-directional: Kids were learning about others, but where was the cultural exchange? We wanted them to have an opportunity to reflect and share their culture,” she added.

Safarni wants to export their methodology to raise the conscious citizens of the world of tomorrow. “Our next goal is to have workshops with mixed groups of Egyptian and migrant children to highlight the cultural diversity in Egypt, where objects or traditions originally brought by foreign communities have now become an integral part of Egyptian society,” Ayach concluded.