Amid a series of high-profile foreign takeovers in Turkey’s food industry led by Japanese investors, many are worried that the country is losing its self-sufficiency in food. 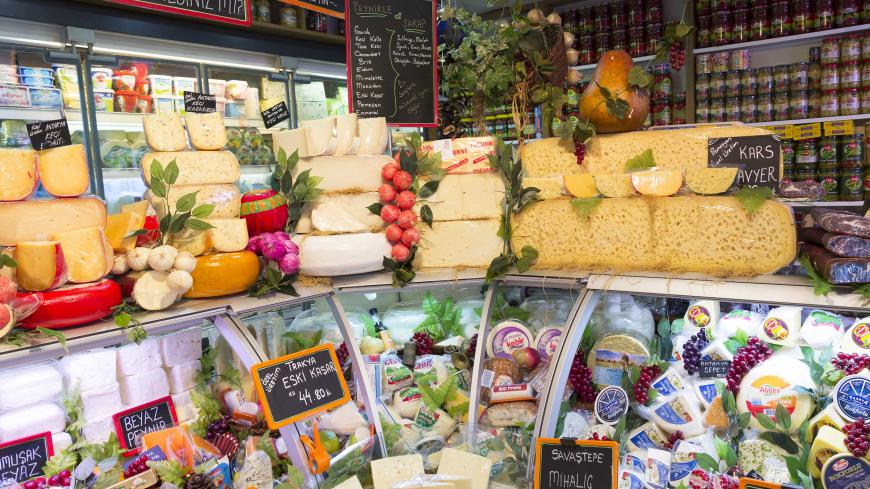 Products on display in a food market in the Kadikoy district of Istanbul, Turkey, April 4, 2014. - Tim Graham/Getty Images

ANKARA, Turkey — Once among the world’s seven countries that are self-sufficient in food, Turkey is fast becoming an importer of food as well as agricultural and husbandry products, as foreigners increasingly taking hold of the country’s food industry.

On July 29, Ankara made a decision allowing duty-free imports until the end of 2018 of about 1 million livestock as well as tons of meat, wheat, barley, corn, pulse and other grains, following a number of similar decisions concerning meat in particular that have failed to bring prices down.

This outlook in the food industry and agriculture has hit the value of Turkish food companies and brands, while foreign buyers, especially Japanese food giants, have begun to acquire Turkish companies one after another.

Standing out with its aggressive acquisitions is Japan’s century-old food giant, Ajinomoto. On Aug. 18, it announced the acquisition of a further 50% stake in Kukre, a Turkish food company established in 1915, thus securing its full ownership. The move followed Ajinomoto’s acquisition of Orgen Gida, a subsidiary of Yildiz Holding-Ulker. With those acquisitions, Ajinomoto has taken hold of significant market shares in various products, including packaged food, instant soup, pudding, pasta, powdered food, vinegar and sauces. Well-known Turkish brands such as Bizim Mutfak, Hurrem, Piyale, Baktat and Kukre are now in Japanese hands.

Another Japanese giant, beverage maker DyDo DRINCO, has acquired a number of popular Turkish brands such as Cola Turka and Saka Suyu.

Japanese companies are also present among foreigners eyeing Turkey’s poultry and white-meat sector. Nippon Ham, for instance, has acquired Ege-Tav, one of the country’s largest white-meat producers, while its Brazilian rival, BRF, has bought a stake in Banvit, another leading poultry company.

The Japanese, who have chosen Turkey’s third-largest city, Izmir, as a strategic base, are intensifying investments and acquisitions in other sectors in Izmir as well, including logistics and the automotive supply industry.

Remarkably, while selling businesses at home, Turkish food companies are moving their investments overseas. Turkey’s largest food producer, Ulker, for instance, sold some of its leading brands to the Japanese and the French, pulling out of a number of local food sectors, while buying leading international brands such as Godiva and United Biscuits, investing $4 billion abroad.

The prevailing view on why local companies are being sold to foreigners while local entrepreneurs move their capital abroad is that political tensions and pressures have fueled the trend. But Ulker’s owner, Murat Ulker, disagrees. He says his company has drawn up a new strategy to focus on confectioneries, biscuits and chocolate, and expand both locally and internationally in this realm while pulling out from other products.

For professor Mustafa Kaymakci, the foreign acquisitions represent a dangerous trend that paves the way for monopolization, the extinction of local brands, and increased dependence on foreign sources of food. He points out that the Saudi share in the cooking oil market, for instance, has reached 80%, and foreign companies have come to monopolize the markets of a number of other products.

Veteran economic pundit Tevfik Gungor asks, “The Japanese will be producing our soup. Fine, but what are we going to produce then?” He questions how the Japanese acquisitions were able to get the approval of the Competition Board.

“The Japanese will be producing our soup. Fine, but what are we going to produce then?”

Gokhan Gunaydin, a senior member of the main opposition Republican People’s Party, blames the ruling Justice and Development Party for wrecking agriculture and husbandry and making the country reliant on imports. Those policies have been implemented deliberately, he argues, stressing that 400 billion Turkish liras ($115 billion) have been spent on importing food and agricultural products in the 2003-2015 period rather than supporting local production and farmers. In the same period, he underlines, the government privatized a series of long-established public enterprises, including plants of the Meat and Fish Institution, the Dairy Industry Institution and factories producing fodder, sugar, tobacco and alcoholic beverages. The revenue obtained from those privatizations totals $65 billion, or only about half of what has been spent on food imports.

The foreign takeovers make the control of food prices more difficult. The government argues that Turkey’s mounting inflation stems largely from food prices and often uses the import weapon to counter the hikes.

A Food Committee created under the leadership of Deputy Prime Minister Mehmet Simsek aims to supervise the rising prices and give green lights to imports as a measure to discipline the local market. Yet the Japanese-led foreign expansion in the sector makes the control more difficult. In addition, because of the Turkish lira’s depreciation against hard currencies, imported food prices have further fueled inflation.

Under the ongoing state of emergency that was declared after the failed coup attempt in July 2016, the government has obtained the power to issue legislative decrees, which often reflect momentary decisions and policies. The resulting climate of unpredictability has contributed to the sale of companies and the entrepreneurs’ desire to move out of the market.

The Turkish economy derives no gain from the sale of food companies to foreigners. The acquisitions have no effect on boosting production and employment. It is just ownership and shares changing hands, while local business people turn to investing overseas.

As a result, Turkey is losing its self-sufficiency in food. The deteriorating outlook for the food industry, agriculture and husbandry means a country growing dependent on imports while at the mercy of foreign food companies at home.