As IS retreats, local Syrian group races to clear mines

A group of local Syrians are working to remove mines and unexploded ordnance in areas recently liberated by the Islamic State in northern Syria and Iraq, but can't always complete the work before civilians return to their homes. 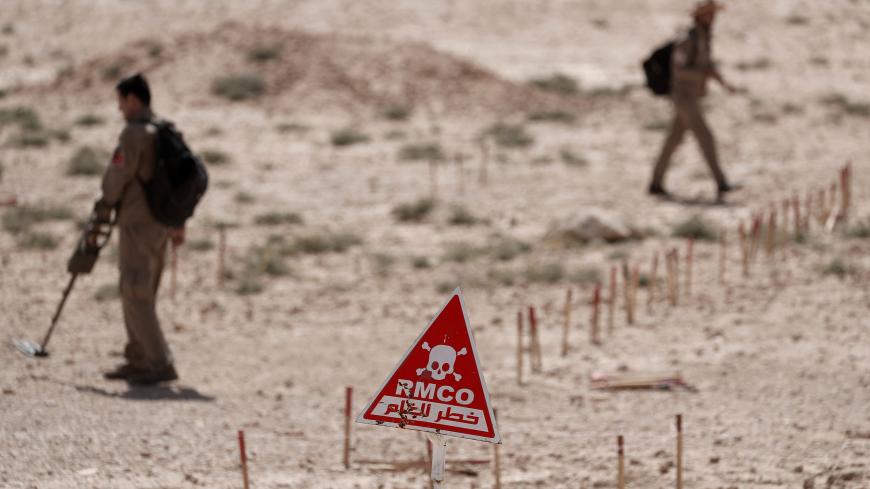 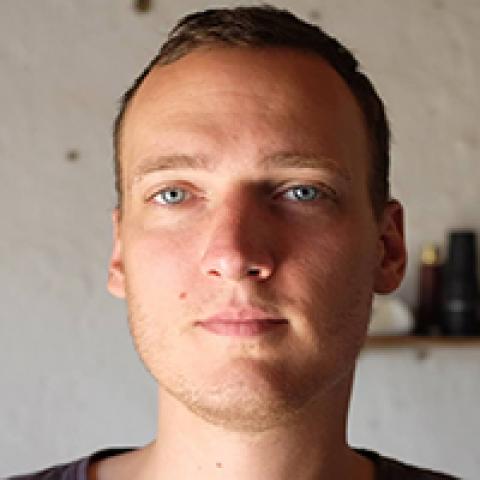 The village of Kalta, just east of Raqqa, was recently retaken from the Islamic State by the Syrian Democratic Forces (SDF). In June, the local Roj Mine Control Organization (RMCO) came to clear the area before the villagers returned.

The whole area — including homes, a power facility and a school — was mined, RMCO's deputy CEO Roni Teran told Al-Monitor. The villagers asked the four-member team to clear the school first. They were hoping to have the building ready for the start of the semester.

As his team members stood outside, Zana Kalhur, who learned demining in the Syrian military before the revolution, went to work. Despite his precautions, the mines were triggered, throwing the team to the ground and killing Kalhur. Teran said he later saw a picture of the explosive devices, constructed of two big barrels and a metal oxygen container.

“He was a real expert and we depended on him a lot,” said Teran. “He loved what he did.”

RMCO has been working for more than a year now, racing across the desert as IS retreats to clean up the enormous amount of explosives left behind. In an area where foreign organizations find it difficult to operate, the group works with what little resources and expertise they have been able to scrape together.

Mine contamination in Syria and Iraq cannot be exaggerated, said Sean Sutton, international communications manager of the Mines Advisory Group (MAG). “We are calling it the Middle East land mine emergency.”

“We haven't seen anything like this since the early 1990s,” Sutton told Al-Monitor, referring to his organization's work in war-ravaged Cambodia. Sutton commented on the work MAG does in northern Iraq but, like many other NGOs, could not comment on work in Syria for security reasons.

The problem is “massive,” according to Bjorn Skodvin Hannisdal, an adviser for the disarmament program of Norwegian People's Aid. “Due to the ongoing hostilities, the exact extent and location of these threats are hard to determine. Present clearance efforts are mainly determined by access rather than humanitarian need,” he told Al-Monitor.

Northern Syria's RMCO was started by four former Syrian regime soldiers. After the revolution, they began clearing mines and booby traps with the People's Protection Units (YPG), the dominant force in the region, although Teran was careful to note that RMCO is not an arm of the YPG. They began accepting volunteers and collecting funds, and later received some limited training and other aid from international NGOs.

Workers are recruited on site, said Teran, because locals know the areas best. They come from different backgrounds — Kurds and Arabs, students and soldiers — many of them desperate for work. Teran himself is a former computer engineer. The organization's staff has grown to 70.

The work isn't getting any easier, he said, explaining, “Moving forward we are discovering even more advanced [types] of mines.”

It takes time and effort to learn about the new technology. Teran said the group reaches out to other NGOs like MAG and individual experts for advice, adding, “There are a lot of people who want to help.”

MAG teams also saw mines evolve in complexity as they got closer to Mosul, noted Sutton. They are made on an industrial scale and ever larger, the smallest now weighing 6 kilograms, he said. Before this conflict, such devices weighed an average of 100-200 grams.

“Our main purpose is to reach the mine before the people do,” said Teran. As soon as an area is liberated, locals rush back home.

“The pressure for people to go home after the fighting is finished is enormous,” said Sutton, speaking of the situation in Iraq. Many are subsistence farmers who need their land.

But the danger is real. In a village east of Mosul, noted Sutton, 18 homes out of around 500 were booby-trapped. In the 40 families that returned, there were 10 deaths. Mine fields can run around a village or straight through.

Reliable statistics on casualties are hard to come by for the area. RMCO reports having removed over 10,000 mines and explosive ordnance so far in northern Syria. Eight civilians have died in Kobani in the past nine months and 20 in Ain Issa over the past six months. In the Raqqa countryside, a couple of accidents happen every month.

There were 994 Syrians killed and 1,009 injured by mines and unexploded ordnance between June 2011 and the end of 2016, according to the Landmine and Cluster Munition Monitor.

RMCO has started awareness programs, working with the newly established local governments to educate local citizens. As the fighting rages in Raqqa, RMCO remains busy outside of the city.

“I believe Raqqa will be a closed city for some time,” said Teran. He said his organization is looking for more support in the form of equipment and funding.

“We have a lot of villages, a lot of civilians, a lot of facilities that must be cleared before we can move to Raqqa,” he said. Right now, the group has no plans to go in.

Foreign volunteer unit fights to save lives in Syria