Activists and lawyers defending Syrian refugees in Lebanon and uncovering human rights violations committed against them are receiving threats and are banned from expressing their opinion. 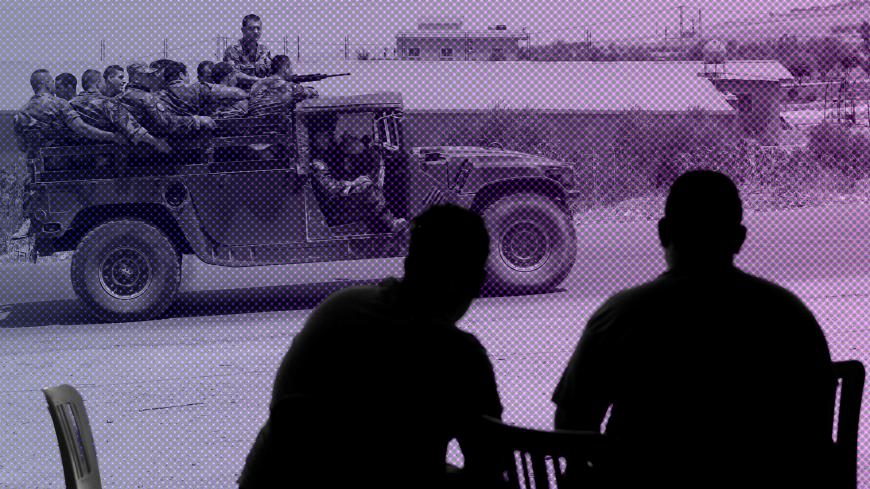 People watch as Lebanese army soldiers patrol a street at the entrance to the border town of Arsal, Lebanon, July 22, 2017. - REUTERS/Ali Hashisho

Expressing critical thoughts in Lebanon is risky business these days. Public criticism of human rights abuses by the army is met with threats from Lebanese figures — the authorities and citizens alike — that seek to prevent civil society activists, journalists and even lawyers from acting against racism and advocating for justice. This unusual situation is related to an increase in security measures against terrorism by the authorities.

The rising social tension started June 30, after the Lebanese army raid on Arsal, a town near the Syrian border. Looking for terrorists in Syrian refugee camps, soldiers were met by five suicide bombers. The army arrested around 350 people, four of whom died in detention. More recently, the Hezbollah fight in the Arsal region against militants from the Islamic State and Jabhat Fatah al-Sham, followed by the national army that has taken up defensive positions around Arsal, has led to rising tensions among Lebanese citizens, who are divided on what to think of the current situation.

On July 16, Interior Minister Nouhad Machnouk banned all protests. This came following calls by the leftist political group Socialist Forum to hold a sit-in July 18 with other human rights groups in support of Syrian refugees, blaming the army for mistreatment of detainees. Following the ban, the Socialist Forum issued a statement asking for accountability for the death of the four Syrians.

“We just wanted to highlight abuses and demand an independent investigation,” Farah Kobeissi, a member of the Socialist Forum, told Al-Monitor. “The violence against Syrian refugees is becoming more frequent and is normalized under this appellation of 'war against terror.' But even if the army is responsible, there needs to be accountability."

An autopsy report of the bodies of the four Syrian detainees requested by military prosecutor Judge Saqr Saqr concluded that the deaths resulted from “health complications.” The report, however, was not made public. An independent medical analysis ordered by a Zahle judge, Antoine Abi Zeid, almost went through, until the lawyer representing the victims’ families, Diala Chehade, was compelled to hand over forensic samples to military intelligence officers in plainclothes.

“When we tried to protest, we were defamed and came under a violent backlash,” Kobeissi said. “We received threats from citizens and also from different political parties. It is something that needs to be looked at and we intend to file a lawsuit after following up with our lawyers. I think a war on terror is very dangerous when it acquires a place within public discourse. It constructs a national unity behind very authoritarian political parties and institutions within the state, creating the illusion of an enemy that is all Syrian men between 18 and 40. Since when did we become a country ruled by the army without being told so? Since when are we denied the right to question?”

It seems that the right to simply express a concern is being denied to many Lebanese citizens, as was the case of freelance journalist Fidaa Itani, who was summoned by the Internal Security Forces’ Cybercrime Bureau after publishing a blog post criticizing Foreign Minister Gebran Bassil, the Lebanese army and President Michel Aoun for what happened in Arsal.

“I was asked to remove the post and to sign a paper apologizing and promising not to write anything criticizing them again,” Itani told Al-Monitor.

“I removed the post, but I didn’t sign the paper. Since then, I don’t go out of my house a lot. I receive threats, phone calls, but this is normal, I’m just paying the price," Itani said." But we have to face what is happening. For 10 years Hezbollah has inherited the Syrian regime in Lebanon and is very well implemented in public services — like with the head of General Security Abbas Ibrahim, who is very close to Hezbollah. This group and its allies now try to push away people like me or Diala [Chehade], by creating so much propaganda that anyone who is critical is seen as a traitor. I used to cover the Syrian war, and the last place where I expected to see everything collapsing around me is my own country. I didn’t expect things to turn that way.”

Several political and human rights groups as well as local intellectuals have observed a rise in racism against Syrian refugees. Nearly 300 public figures signed a letter published July 24 in the daily French-language newspaper L’Orient-Le Jour. Journalist and blogger Joey Ayoub translated the letter that reads: “What follows these practices, such as the campaigns of incitement to hatred against Syrians across social media and in certain media outlets, or via declarations by certain politicians, is no less ugly as the criminal practices themselves. These do not just attack Syrians but the image of Lebanon itself and the conscience of the Lebanese. This does not represent us, but puts us in front of extreme options, including the need to purge our patriotism from its chauvinism. The position adopted toward refugees must become one of the criteria of our patriotism through which we want to consolidate democracy and the respect of human rights.”

Kobeissi noted, “Syrian refugees lack education, medical care, infrastructure, jobs and basic rights, but still contribute to the economy while being blamed for unemployment, pollution and economical dysfunction. All those are marks of the lack of efficiency from our administration and government, so why not blame the policies responsible for this situation instead?”

For Farah Salka, the executive director of the Anti-Racism Movement, racism is reaching “peaks of levels of violence and hatred toward refugees.”

Salka told Al-Monitor, “Refugees have slowly and gradually turned into the 'black sheep' of this place and they are supposed to be silent, invisible, obedient, do as instructed or risk their lives, get killed and be blamed for it. On top of that — and that's a first — the black sheep label has extended to not only refugees but any person or group that stands in solidarity with them and speaks loudly about the violations they are enduring and their basic intrinsic human rights. These are such tragic and sad times.”

Salka has not been personally threatened for her opinion but admitted “feeling the constant need to think twice before giving your opinion or going to a demonstration or writing something — which is an indirect threat to your freedom to speak, express and take positions.”

She added, “This is a slow way of shutting everyone up and making people of forced unanimous positions — which we are not.” Her advice to Lebanese citizens: “We need to stick together against politicians and not allow them to divide us and laugh at us for being so easily swayed as we are now.”