The resignation of Israel’s coordinator on captive and missing soldiers suggests that Israel has stopped negotiating with Hamas for a prisoner exchange deal. 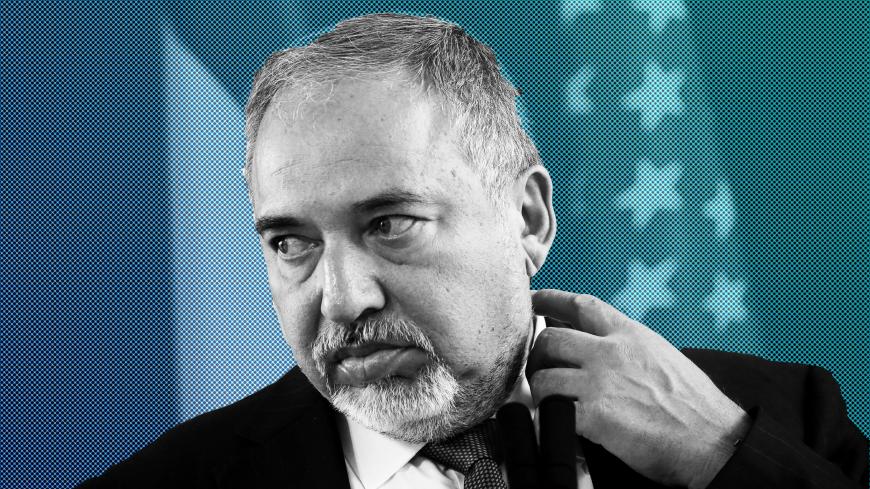 The highly publicized clash between Defense Minister Avigdor Liberman and the families of two soldiers — Hadar Goldin and Oron Shaul — whose bodies are being held by Hamas has underscored an Israeli decision to limit the price it will pay for the remains. An angry exchange erupted following the Aug. 24 resignation of Lior Lotan, the negotiator tasked by Prime Minister Benjamin Netanyahu with contacts for the return of Israeli captives and MIAs. The Goldin and Shaul families claimed Lotan quit because the government had tied his hands in negotiations with Hamas. According to the families, Lotan had concluded that the Israeli government was unwilling to pay the price Hamas was demanding, and therefore there was no hope of a deal.

The leaks from Liberman’s office in response have only served to bolster the families’ suspicions. Associates of the minister report that Liberman insists that there will be no “second Shalit deal” on his watch, referring to the October 2011 agreement freeing 1,027 Palestinian prisoners, mostly Hamas supporters, from Israeli jails in return for Gilad Shalit, an Israeli soldier held by Hamas for five years. According to Liberman’s associates, the demands being made by Yahya Sinwar, Hamas' leader in Gaza, are even steeper than those the organization presented for Shalit.

After Lotan’s resignation, the Goldin family said Liberman was unable to bring back their son because he was a “weak and cowardly” defense minister. Liberman’s office issued a statement in response, asserting that 202 of the Palestinians freed in 2011 had returned to terrorist activities and that 111 were back in Israeli jails. Seven Israelis had been murdered in attacks carried out or planned by released inmates, according to Liberman’s count. These figures have not been verified by outside experts, but Israel did rearrest some 50 freed Hamas prisoners following the June 2014 abduction and murder of three Israeli youths in the Etzion settlement bloc of the West Bank.

The arguments by Liberman and his associates could explain Lotan’s resignation. If Hamas is interested in a deal on the scale of the Shalit exchange, and Israel is adamant in its rejection of such a deal, there is indeed nothing further the negotiator can do.

Over the past two months, progress toward an agreement on a prisoner deal appeared to have been achieved in talks between Hamas and Egypt, mediated by the former Fatah official Mohammed Dahlan. The last meeting was held in Cairo at the beginning of July. According to details reported in the Lebanese newspaper Al-Akhbar, Hamas was demanding that Israel free women prisoners, minors and 58 Palestinians released in the Shalit deal and subsequently rearrested. Israel would in return receive information about the bodies of Goldin and Shaul and information about two mentally ill Israeli civilians, Avera Mengistu and Hisham al-Sayad, who had separately crossed the border into Gaza. Only later — after agreeing to details for the release of additional Palestinian prisoners — would Hamas return the Israeli soldiers' bodies and free the civilians.

A top Hamas official speaking to Al-Monitor on the condition of anonymity claimed Israel has not responded to proposals made by Hamas or Egyptian mediators, not even in regard to a mechanism for determining how negotiations on a deal would be conducted. For more than a year, he said, Israel was only willing to discuss easing the humanitarian crisis in Hamas-ruled Gaza in return for information about its captives. The Hamas source said he was not in the loop regarding the nitty-gritty of talks with Israel, but flatly denied claims by Liberman’s associates that Sinwar had upped the ante from the organization’s past demands for Shalit’s return.

“We have said throughout the negotiations that there would be no compromise on our demand for the release of those rearrested after the Shalit deal,” the top official said. This was a prerequisite for the negotiations to continue, he added, and it also included a demand that Israel pledge to Egypt not to rearrest freed inmates in the future. He admitted that Dahlan had raised the issue in the talks he mediated between Hamas and Egypt in Cairo last month. He also said Israel had tried to exploit the economic distress and electric power crisis confronting Gaza’s 2 million residents by offering economic, humanitarian solutions, but had not made “substantial” offers, as he termed them. The Hamas official said Lotan had gone to Cairo several times, but only offered such things as easing the Israeli closure on Gaza and the supply of diesel fuel to Gaza, essentially a pledge of ensuring a regular power supply to the besieged area and increasing the number of permits allowing Palestinian traders to enter Israel through the Erez crossing.

The Goldin and Shaul families are not demanding that Israel free Palestinian inmates in return for a deal with Hamas. Simcha Goldin, Hadar’s father, told reporters that the families want Israel to apply pressure on Hamas to release the Israelis it is holding, for example by suspending family visits to Palestinian prisoners in Israel and increasing economic pressure on Gaza.

Gershon Baskin, who helped coordinate the Shalit deal through a channel he set up with senior Hamas official Ghazi Hamed, doubts that greater Israeli pressure will convince Hamas to accept a deal that does not include freedom for its prisoners. “There’s abject poverty in Gaza, over 60% unemployment, what kind of economic pressure can you apply?” he said in an interview on Israel Army Radio.

The government’s decision not to free Palestinian prisoners on a scale similar to that of the Shalit deal clearly means only one thing: There are no contacts underway for the return of the Israelis held by Hamas.