Iraq has parted ways with its longtime Washington lobbyist. 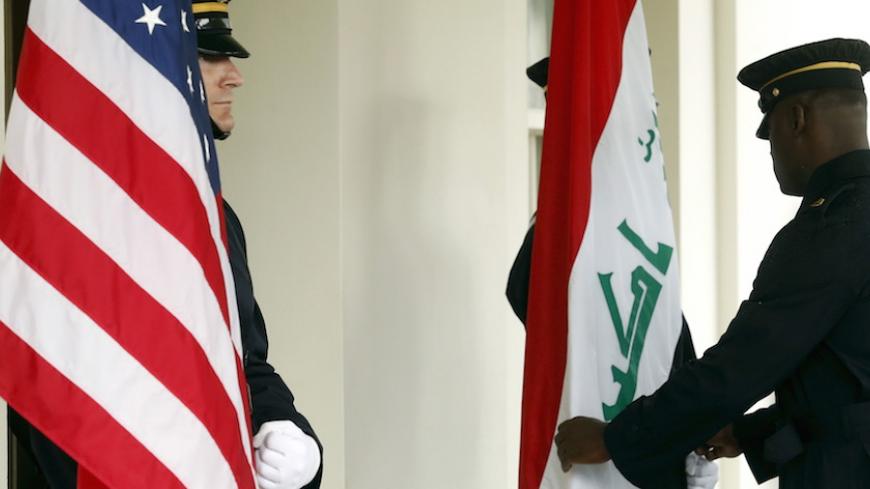 Military honor guards dress an Iraqi flag as they prepare to greet Iraqi Prime Minister Haider al-Abadi upon his arrival to meet with US President Barack Obama at the White House, April 14, 2015.

The brother of Hillary Clinton’s campaign manager, Podesta would have had powerful influence if the Democratic candidate had won the presidency in November. Instead, his firm’s stock appears to have fallen since Republican Donald Trump’s election, with three other clients, including Vietnam and Kosovo, ending their relationship over the past few months.

An Iraqi official said Baghdad was looking to diversify its lobbying team when it added the Denver-based law and lobbying giant Brownstein Hyatt Farber Schreck to its roster shortly before Trump’s presidential inauguration. As it happens, however, Baghdad’s budget woes are forcing the Iraqi Embassy in Washington to terminate that $40,000-per-month agreement as well.

“With the new administration, we wanted more of a bipartisan approach in our lobbying,” the Iraqi official told Al-Monitor on condition of anonymity. But with “the glut in the oil crisis [and] the cost of war [against the Islamic State] the government took measures to reduce financing for certain activities for Iraqi ministries in general and that directly affected us. So we had to cut the spending for the lobbying efforts for the time being.”

The Podesta Group has represented Baghdad since 2013 and was paid $720,000 last year for its efforts to solidify US support for the central government. The Iraqi source insisted that Baghdad was still happy with the company’s services and intends to rehire the Podesta Group as soon as finances allow while also adding other firms to push its agenda in a Republican-dominated government.

The Podesta Group did not respond to Al-Monitor's inquiries. Brownstein Hyatt Farber Schreck referred all questions to the Iraqi Embassy.

Baghdad now finds itself without any Washington influence-peddlers just as centrifugal forces are gathering momentum amid the Islamic State’s rout.

Over the past few months, an array of Sunni tribal interests and Christian militias have ramped up their lobbying presence to push Congress and the White House to embrace more regional autonomy for Iraq amid concerns that Iran-backed Shiite forces will dominate the central government. At the same time, the Kurdistan Regional Government (KRG) in Erbil is accelerating its lobbying efforts to make US officials and lawmakers more amenable to next month’s independence referendum in the northern region.

Lobbying disclosure forms indicate that the Kurdistan Democratic Party, the KRG’s ruling party, hired the conservative husband-and-wife team diGenova & Toensing late last month to lobby Congress and the Trump administration on “the September 2017 Kurdistan referendum on independence and [Department of Defense] funding issues.” The deal was signed soon after Al-Monitor broke the news that House lawmakers used their annual defense authorization bill to call on the Pentagon to stop paying the Kurdish peshmerga’s salaries if Erbil were to end its “participation in the government of a unified Iraq.”