In a bid to force change in the long-suffering Gaza Strip, Hamas’ military wing is proposing that it and other Palestinian military factions take control of Gaza security. 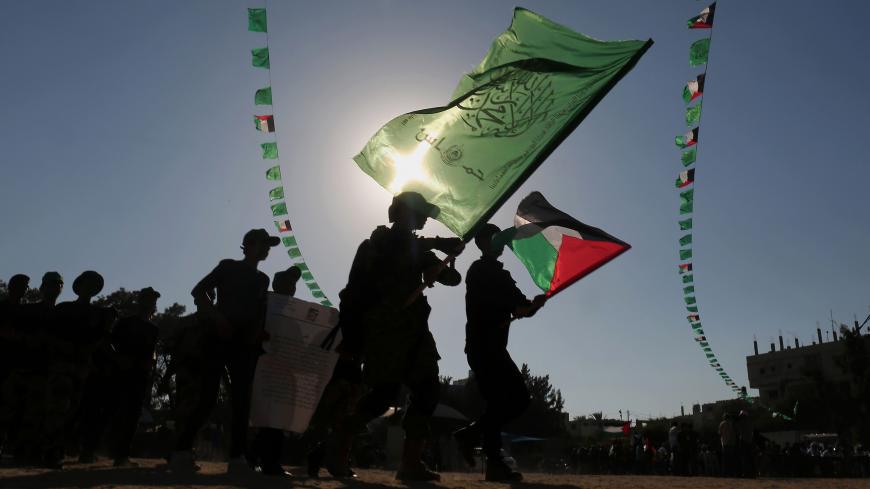 The leadership of Hamas has confirmed it is reviewing a proposal from its armed wing that suggests creating a political and security vacuum in Gaza as a way of dealing with the inhuman conditions there.

After some Hamas members initially professed no knowledge of the plan’s existence, Khalil al-Hayya, deputy head of Hamas’ political bureau, confirmed Aug. 15 that the Hamas leadership was carefully reviewing the plan and would make a decision accordingly.

Under the proposal, Hamas would give up its role of managing the Gaza Strip, and civil police would continue to provide the services assigned to it. This is while Izz ad-Din al-Qassam Brigades and other undetermined Palestinian military wings would control the security situation on the ground in the Gaza Strip.

The plan comes in answer to the West Bank-based Palestinian Authority’s (PA) tightening of sanctions imposed on Gaza since June, and Hamas’ inability to fill the deficit resulting from the sanctions. The sanctions cut Gaza civil servants’ salaries, shut off funds to serve ministries such as the Ministry of Health and ended payment for fuel to run the Gaza power plant.

The Turkish government-run Anadolu Agency news outlet on Aug. 10 quoted an anonymous Hamas source as saying that in early August, the al-Qassam Brigades submitted the plan to Hamas leadership. However, Salah al-Bardawil, a member of Hamas’ political bureau, said Aug. 11 he had not been aware of the plan previously, but subsequently said it sounded unrealistic. It wasn’t until Aug. 15 that Hayya confirmed the plan was under review.

So far, nothing explains the contradictory Hamas positions and why some officials are still denying the plan. This could indicate the plan caught the Hamas political leadership off guard.

Hamas spokesman Hazem Qassem told Al-Monitor, “Al-Qassam Brigades’ plan is a proposal, among others, put forward by officials within the Hamas leadership, to develop ideas on how to handle the current situation and the upcoming stage, in light of the crises troubling the Palestinian people. However, no final decision has been made yet.”

The plan’s surfacing raises questions about a potential lack of progress being made on understandings proposed in June between Hamas and a former rival, dismissed Fatah leader Mohammed Dahlan, to jointly manage Gaza. Hamas fears — without acknowledging any exact reason — that Egypt might delay implementing the understandings.

Hamas also reached several understandings with Egypt in July, including that Hamas would control the security situation on the Gaza-Sinai border in exchange for Egypt’s opening the Rafah crossing and easing the blockade Egypt and Israel have imposed on Gaza since 2007.

Hussam al-Dajani, a Hamas expert and political science professor at Al-Ummah University in Gaza, told Al-Monitor, “The al-Qassam Brigades’ plan carries different messages. For instance, it conveys to Israel the message that Hamas has had it with the calm-for-calm situation while the Gaza Strip continues to suffer under the tight siege. The Hamas political leadership might end up approving the plan, which would lead to two options: The movement could either wage war against Israel, or the latter could lift the siege. This is why the plan needs to be carefully examined; all possible outcomes should be studied, as mistakes are not forgiven when it comes to strategic issues.”

Al-Qassam Brigades’ plan can be seen as Hamas thinking outside the box, which could turn the tables on all parties concerned with the Palestinian situation, including Israel, Palestinian President Mahmoud Abbas, Egypt and Dahlan. Although this may be a scary option, it could be Hamas’ way of pushing the parties into an understanding before it actually resorts to this destructive scenario of giving up its grip over Gaza to create chaos. That scenario would threaten security on the border with Israel, and its specter could thus pressure the latter to ease the blockade on Gaza.

Abdullah al-Abdullah, chairman of the Palestinian Legislative Council's (PLC) Political Affairs Committee and a member of Fatah’s Revolutionary Council, told Al-Monitor, “Al-Qassam Brigades’ plan may be a shock within Hamas, [especially] following the recent understandings about jointly managing Gaza with Dahlan, who, until recently, was leading an insidious current, in Hamas’ eyes. However, the movement ended up allying with him. This is why there were conflicting positions within Hamas regarding the plan.”

Abdullah added, “In addition, the plan may constitute a desperate cry from al-Qassam Brigades in light of [Hamas’] inability to solve the problems plaguing Gaza, although it would be better for the movement to reach an understanding with President Abbas instead of resorting to security chaos.”

London-based al-Araby al-Jadeed reported Aug. 16 that al-Qassam Brigades’ plan had been formed in July, but was recently leaked to the media to pressure the parties manipulating Gaza, particularly the PA and Abbas, who does not want Hamas to implement its understandings with his archrival Dahlan.

Ahmed Youssef, a former political adviser to Ismail Haniyeh, head of Hamas’ political bureau, told Al-Monitor, “The idea of a political vacuum suggested by al-Qassam Brigades is not supported by a national consensus. It is a reckless attempt to fly without wings. Such ideas reflect a catastrophic problem, because the military and security leaders provide the political leadership with ideas on war and defense. Yet, leaking these ideas by al-Qassam reflects a weakness and carelessness that never previously existed within Hamas institutions and political authorities.”

Naami added, “It could also be a message to express the lack of confidence in Hamas’ ability to achieve its desired objectives by reaching an understanding with Dahlan. Regardless of the plan’s motives, creating a vacuum in Gaza is very risky.”

Despite the ongoing Palestinian debate over al-Qassam Brigades’ plan, no one really knows how or when it could be implemented and whether it could lead to an armed military confrontation. This dangerous development may reshuffle the cards and bring Hamas closer to options it had wanted to avoid, but at the same time help it evade internal Palestinian anger in Gaza over the worsening humanitarian situation.