Trump administration plans to slash US aid for Tunisia 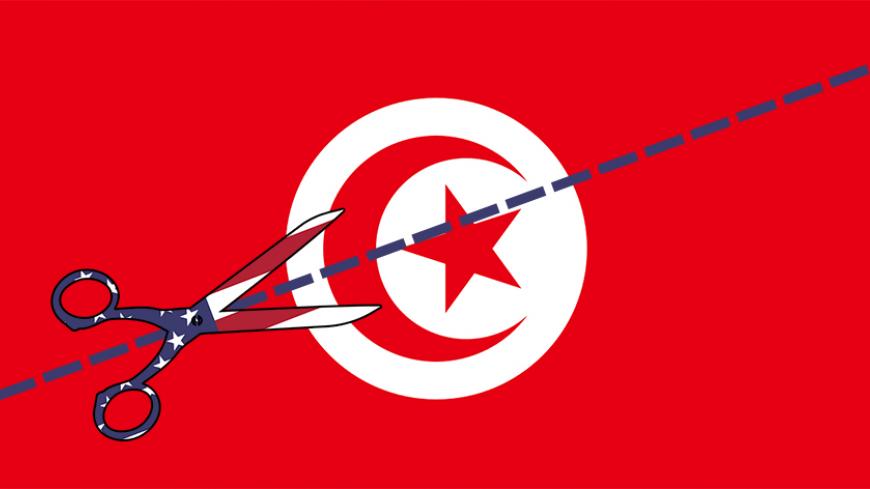 TUNIS, Tunisia — The Donald Trump administration is set to make major changes regarding aid to nations throughout the world. Released in late May and to be voted on in the fall, the proposed foreign operations budget for the fiscal year 2018 stipulates a massive decrease of the State Department’s budget for Tunisia. It is expected to drop from just over $177 million in fiscal year 2016 to only $54.5 million, approximately 30% of the previous budget.

Tunisia, as the only true, albeit flawed democracy in the Middle East and North Africa, will see its budget plummet, while the budgets for nondemocratic countries like Jordan and Egypt will only slightly decrease, according to the proposed budget plan. Israel’s budget will stay constant at $3.1 billion.

These budget cuts — or lack thereof in the case of countries like Israel — underscore the Trump administration’s obsession with counterterrorism and security, rather than softer forms of diplomacy. But even then it becomes tricky, since, as Sarah Yerkes of the Carnegie Endowment for International Peace pointed out in The Hill on June 20, the Trump administration plans to switch Tunisia’s military aid from a grant to a loan, thus complicating the relationship between the two countries.

The proposed budget also calls for a 62% decrease in the US-Middle East Partnership Initiative budget, which would curtail a range of popular exchange programs for youth in Tunisia. These programs specifically aim to train Tunisian students and young adults in leadership skills, anticipating that they will become the future key actors in Tunisia going forward.

Ahmed Medien, 28, an exchange program alumni, told Al-Monitor, “These programs serve as an equalizer for students from developing countries so that they can dream big and travel without restrictions.”

Unfortunately for young Tunisians interested in studying in the United States through exchange programs, these cuts appear to be inevitable. In terms of domestic programs, this pivot toward counterterrorism is surprising since many of the US-funded programs already in place in Tunisia work on ameliorating the root causes of why people join extremist groups like the Islamic State (IS), one of which is youth exclusion.

The US Embassy in Tunis works on job training and skill building, hosts workshops on coding, and brings in English-language students from across Tunisia to access educational opportunities. In other words, the US Embassy is working on youth inclusion in the best ways it can. Embassy workers consider this to be particularly important since these feelings of exclusion and lack of opportunity can drive young people toward extremism, especially in Tunisia, which has contributed thousands of foreign fighters to IS.

Political analyst Youssef Cherif worries about the cuts to aid at a time when Tunisia’s other major political and economic partners — the EU, Qatar and Turkey — are all struggling with their own serious issues, such as Brexit, the Gulf crisis and Turkey’s own difficult political situation. He points out the major benefits US support has already provided. “Civil society boomed thanks to US funding and support; hundreds of Tunisian students were able to study in the US thanks to exchange programs, and even structural reforms were enacted in Tunisia’s administrative and economic systems in part thanks to loans and grants from the US,” he told Al-Monitor.

The US Embassy and the US Agency for International Development's work in Tunisia is just a small contribution to the collective effort being spearheaded by the Tunisian government, civil society and international actors. However, relative to the overall US budget, it requires very little capital and can have a very positive effect.

Contacted by Al-Monitor, the US Embassy in Tunis was unable to comment specifically on the proposed budget, maintaining its traditional nonpartisan stance. Still, it provided Al-Monitor with generic talking points, one of which read: “This change in budget approach does not imply a change in US policy toward Tunisia nor a change in focus on our strong partnership with Tunisia and the Tunisian Armed Forces. Tunisia remains a steadfast and critical partner for the United States.”

Despite not commenting, it is clear the embassy staff are stuck in a difficult position. As Cherif pointed out, “US development aid and security support following the 2011 revolution helped Tunisia in its transition from one of the world’s most repressive dictatorships to one of its most promising democracies.” While still expressing its rhetorical support, the job of embassy staff becomes more difficult, as the proposed budget will shrink its funds in such a major way.

Competent professionals work in the US Department of State. The Trump administration ought to provide them with the tools and funding to operate in a way that maximizes their potential. Otherwise, the best we can hope for is that Tunisia continues its successful path forward, even with less US support.

Additionally, American supporters of Tunisia should keep abreast of the upcoming debate in Congress about the proposed budget, which should take place in the fall before the end of the fiscal year. Lobbying in favor of maintaining the same level of aid to Tunisia will only change the overall budget in a minor way but will reap major dividends in Tunisia’s continued development.