Despite the fanfare in some quarters of the Principlist camp, the idea of a “shadow government” being set up in Iran appears unlikely to materialize. 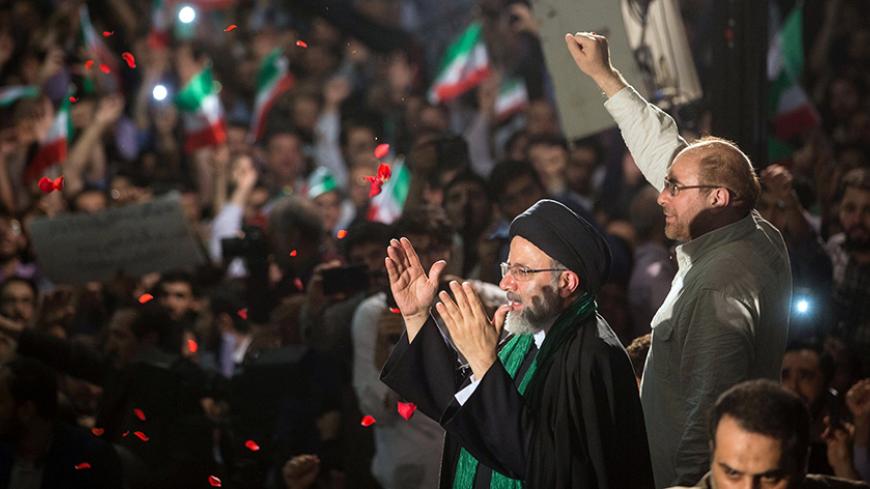 Following the re-election of Hassan Rouhani in the May 19 presidential elections, talk of establishing of a “shadow government” has been floating around Iranian political circles. Some Principlists have proposed the idea, although not everyone in their camp has welcomed it.

In a statement released on May 20, Saeed Jalili, a conservative politician who unsuccessfully ran in the 2013 presidential elections, unveiled the idea, which is perhaps most prominent in the British political system. In his statement, Jalili called for the formation of “a shadow government in an effort to help the sitting government and make up for its shortcomings and inefficiencies.”

However, the timing of his proposal — which coincided with the announcement of the election results — led to its not receiving much media attention. But in the ensuing days — given Jalili’s further explanations and emphasis on the idea — the initiative gradually found its way into the headlines.

On May 21, the former head of the Iranian state broadcaster, Ezzatollah Zarghami — who was a potential Principlist candidate for the May 19 vote but failed to win the support of the camp — wrote on his Telegram channel, “Having secured 16 million votes, [conservative candidate] Mr. [Ebrahim] Raisi can have a supervisory status and be a strong alternative for the government in pursuing the demands of the people and making sure that [its] promises are implemented, thus playing a historic role.” On the same day, Tehran Mayor Mohammad Bagher Ghalibaf, another Principlist candidate who withdrew in favor of Raisi, said, “We pledge to follow up on the administration’s promises until they are implemented and will take any measure needed in pursuing national goals as well as the rights of the poor and underprivileged.”

Jalili, who acted as Raisi’s foreign policy adviser during the campaign, explained his proposal in more detail May 30. He said, “A shadow government is a voice for the people to make demands from the sitting government in order to achieve a suitable situation and not to stand against the people.”

But what precisely is a shadow government, and in what kind of political system is it effective? The concept is generally prevalent in parliamentary systems where the largest party that has lost an election acts to oversee the government’s performance, and when necessary, opposes its decisions in an organized fashion. This usually applies to political systems that have two main parties. The Islamic Republic, however, is neither a parliamentary political system nor does it have formal political parties. Rather, there are political groups that operate within the framework of mainly Principlist and Reformist factions, with "moderate" groupings attracting support from the Principlists and Reformists.

Contrary to Jalili and Ghalibaf, Raisi himself did not seem to have much of a desire to enter the political stage after the May 19 vote. Indeed, the few comments he did make following the announcement of the election results only showed his objection to the electoral process and potential voting violations.

Nonetheless, part of the Principlist movement has welcomed the idea of a shadow government.

In a May 25 report, Jahannews, a website affiliated with hard-liners, noted the need to pay greater attention to Raisi’s 16 million votes. It said, “Although Raisi was not able to win the presidency, he was able to win 40% of the votes, which should not be easily overlooked. The Principlist movement can continue its work as an alternative to the governing movement.”

However, there has also been criticism of the proposal. Sadegh Zibakalam, a prominent professor of political science at Tehran University, told Al-Monitor, “You can’t just take and copy a name from somewhere else without planning or giving it thought or having an idea behind it. The main issue is that Iran’s Principlists have still not accepted the reason for their consecutive [electoral] defeats and seek to justify these problems through sectional and unplanned measures. A shadow government is formed in a situation where its prerequisites exist; otherwise, nothing will happen just because you use [such] wording.”

Indeed, those close to the Rouhani administration have not viewed Jalili’s suggestion very positively. Mohammad Shariatmadari, who acted as campaign chairman for Rouhani during the elections, sarcastically said May 24, “All political movements should learn about sitting in the shadow for a while. The idea of forming a shadow government will not succeed, but at least they will learn how to sit in the shadow.” On the same day, Hesam al-Din Ashna, Rouhani’s cultural adviser, said, “I suggest to Jalili that instead of forming a shadow government he create a powerful party so there will be no need to form a headquarters or a front or JAMNA [the Principlist coalition set up ahead of the May 19 vote and tasked with finding consensus candidate] every two years." He suggested that the idea of a shadow government be pursued with the funding "help of your own allies and supporters.” Furthermore, in an interview with Khabaronline news website June 2, Masoumeh Ebtekar, vice president and head of the Environmental Protection Organization, said, “It is good if rival parties want to oversee the government’s performance," but for this to involve observation and not direct political action.

As criticisms of his initiative grew, Jalili — who is also a member of the Supreme National Security Council — announced June 23, “We would have formed a shadow government even if Raisi had won in the elections, because this is a religious duty and legal right of our society to be able to oversee the affairs of the country.”

Of note, the Kayhan daily, the main conservative media outlet, has not given much coverage to the idea of a shadow government. Mohammad Reza Bahonar, a theoretician of the conservative movement who played a key role in JAMNA and its selection of a consensus Principlist candidate, has also remained silent on the issue. This could be seen as a new attempt by a portion of the Principlist camp to appear as independent from the existing setup. It should be noted that Jalili was against the Principlist initiative to introduce a consensus candidate for the elections and did not accept the conditions set by JAMNA for nominees. Ultimately, he was removed from JAMNA’s final list of candidates.

Thus, can the idea of a shadow government, proposed by only a part of the conservative camp, be taken seriously? Zibakalam told Al-Monitor, “I think just like the Principlists’ other temporary plans, this will remain a hot topic for a while but then be forgotten.”