A Gaza resident has turned his centuries-old house into a Damascene-type home with an inner courtyard, using old cut stones, stained glass and iron. 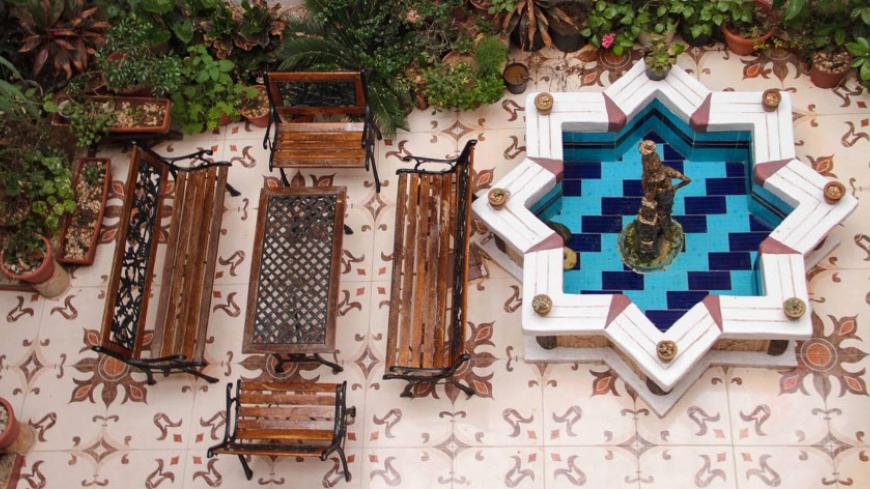 The inner courtyard of Atef Salameh's home has a small well, like those found in traditional Damascene houses, July 11, 2017. - Amjad Arafat 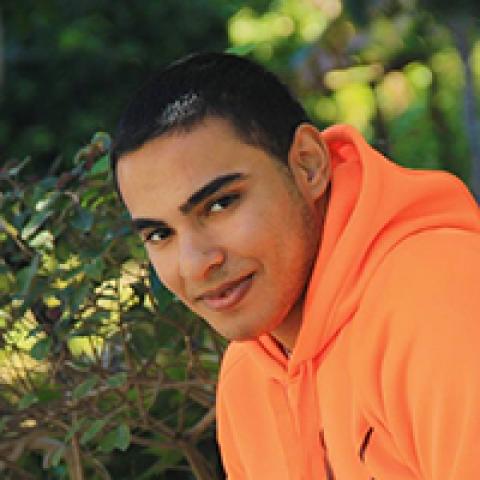 In the old town of the Zaytoun neighborhood in Gaza City, a 450-year-old house stands out with its unique archaeological design.

Built during Ottoman rule in Palestine, the house belongs today to Atef Salameh. Salameh has turned it into a shami, a typical Syrian house like the ones in popular TV series, such as “Bab al-Hara” ("The Neighborhood's Gate") and “Layali al-Salihia” ("Salihia Nights").

“I turned my home into a traditional Syrian house, or shami, because I take pride in the Arab heritage, which the Israeli occupation strives to erase from our memory. I want to prove wrong the old Israeli saying ‘The old die and the young forget,’” Salameh told Al-Monitor.

With its ancient cut stones, stained glass windows and an inner courtyard with a well, Salameh’s house is the result of a major investment, in terms of both planning and funding. 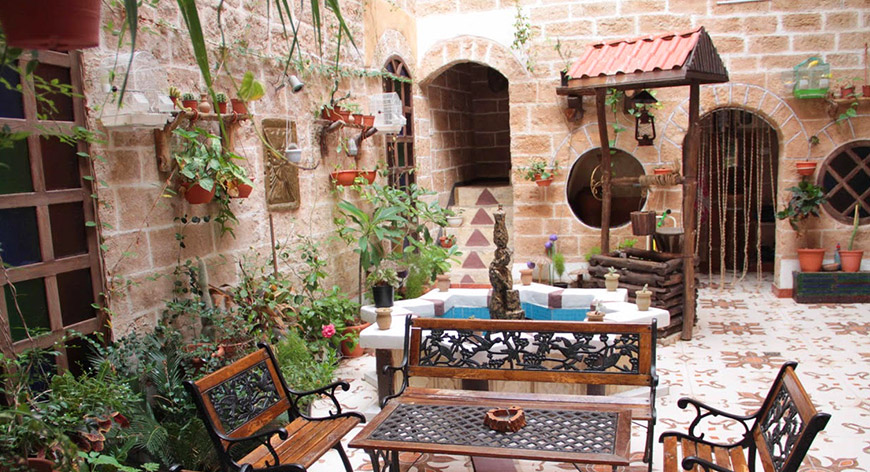 The house is built with large, traditional cut stones. (photo by Amjad Arafat)

Salameh said the house was built entirely of ancient stones called karkar, collected from abandoned houses that were originally built in the 15th and 16th centuries. He also purchased some cut stones from people whose old homes were demolished. They did not understand why someone would want such outdated stones that weigh over 30 kilos (66 pounds), Salameh said.

He said old cut stones are thicker and stronger than ones that can be bought today, keeping the interior of the house cool in summer and warm in winter.

He encountered difficulties in obtaining other necessary materials, such as the windows that were made of stained glass, which he brought from Egypt. The iron he needed in the restoration came from Hebron.

Salameh said he added a well in the middle of the inner courtyard of the ground floor, such as the ones seen in old Syrian TV series. “Nearby, we placed a large clay pot cooler to store water. This can be used for drinking or washing, as all women did in the past. There is also a tunnel opening next to the well that leads to a basement, like a pantry where food is stored for different seasons,” he said. 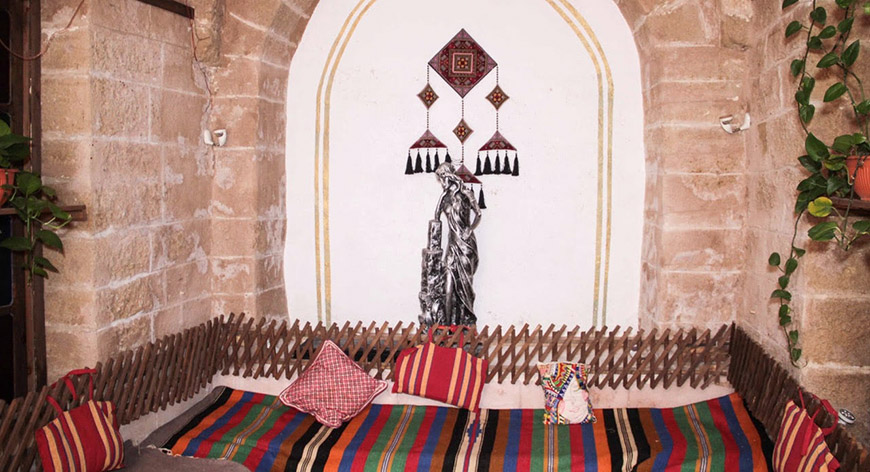 The ground floor consists of two rooms, one of which is a guest room with traditional Arabic style seating; the second is the library with a rare collection of books, some of which are more than 100 years old.

The upper floor is made up of two living rooms and a larger one in the middle with a fireplace that resembles old heating stoves that have been practically extinct for centuries. A wooden ladder leads to the roof of the house, set to be used for baking and cooking with an oven made of clay.

Salameh said turning his home into a shami took a lot of time, effort and money. He worked on it for over six months but said he is happy that he did. He said that the psychological comfort he felt in seeing his family living in this home, and the satisfaction he feels knowing that he has preserved their heritage as Arabs living in the Palestinian territories, is worth it.

The small neighborhood where Salameh lives now has preserved as many aspects of heritage and civilization. This house is now an extension of the nostalgic general atmosphere of the neighborhood, which includes old churches, mosques and an old public bathhouse where the city's residents once gathered to bathe.