In the Turkish city of Kutahya, ceramic artisans preserve a centuries-old craft, looking both for foreign markets and interaction with fellow craftsmen across the world. 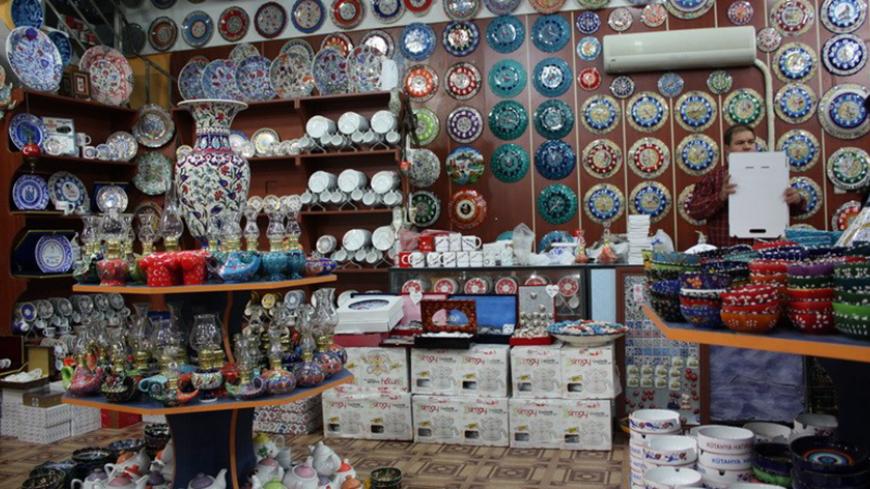 “The firing temperature must be 980°C exactly [1,796°F] — not a bit more, not a bit less,” says Yasin, a ceramic craftsman, as he wipes his sweating forehead by the kiln of a small workshop in the historical marketplace of Kutahya.

The ancient Turkish city, located in central Anatolia, is renowned for its tradition of ceramic pottery, and Yasin has been in the business for 20 years.

He goes on to explain the arduous process behind the city’s hallmark: “First, you have to slowly heat the kiln for eight hours to 400°C [752°F] so that the raw objects in the kiln do not crack with the shock of heat. Then you increase the temperature from 400 to 980°C at a shot. The objects are fired for five hours at 980°C, after which the kiln is left to slowly cool on its own. Once the temperature falls to exactly 70°C [158°F], you open the kiln. The whole heating and cooling process of the kiln takes about three days.”

After three days of patient labor at the kiln, Yasin has the dried and fired pieces ready for coloring and decoration in a separate workshop.

Mehmet Tunckafa, owner of Kervansaray Ceramics, one of Kutahya’s oldest workshops, shares further details about the craft: “It is a very toilsome process. First, the precious quartz material is ground and then mixed with clay in certain proportions. This dough is then shaped into objects, which are fired in an arduous process and then meticulously painted by hand. The objects are then glazed and fired once again in high temperature, which is the most patience-exacting stage. All those stages take about two weeks. But once you complete them, you have those beautiful ceramics, which, according to me, are the most enduring man-made creations ever.”

Indeed, human civilization developed with the use of water, then earth and then fire. The combination of the three, coupled with human imagination and skill, gave birth to immortal ceramic artifacts. The making of ceramics in Anatolia is almost as old as human history itself. The oldest ceramic pieces of the region, found in Catalhoyuk, date back about eight millennia to 6000 B.C. With its fertile lands home to countless civilizations — from Lydians, Hittites and Urartians to Byzantines, Seljuks and Ottomans — Anatolia became a melting pot of diverse cultures, and the ceramic craft flourished.

Anatolia’s ceramics, dating back to Neolithic times, are not limited to pots, bowls and jugs used in daily chores. Fascinated by the durability of ceramic pieces, Anatolians created also religious idols such as mother goddess figurines as well as jewelry and decorative objects. They used earthen candles to illuminate caves, wrote letters on clay tablets and kept their dead’s ashes in earthen vessels. Centuries later, the ceramic objects would shed light not only on the period in which they were made, but also on the social and cultural life of the civilizations that created them.

The making of ceramics in Kutahya dates back to the 13th century. The designs and colors of initial creations resembled the style of Iznik, the leading ceramics center of the time, which is dominated by blue and white, symbolizing respectively eternity-freedom and purity in Anatolian ceramic traditions. In later years, however, Kutahya’s artisans began to part ways with the Iznik style and turned to darker colors such as red (symbolizing vitality and dynamism), purple (nobility and dignity), navy blue (authority and productivity) and black (power and passion), as well as pink (joy and comfort). Kutahya’s introduction of new colors to the craft added a distinct feature to Ottoman ceramics, valued for their durability, as many have lasted for centuries, and the unique style of unfading and glittery floral patterns and animal figures.

By the 17th century, Kutahya was one of the Ottoman Empire’s main ceramics centers. In his famous travelogue "Seyahatname," Ottoman traveler Evliya Celebi, who had roots in Kutahya, heaped praise on the city’s ceramics. They “are not peculiar to any land,” he wrote to emphasize their uniqueness, reporting hundreds of people working in 34 ceramic workshops in 1671.

As the Ottoman Empire fell from the zenith of its power, Iznik’s heyday was also gone as its mostly palace-commissioned work declined. By the end of the 17th century, ceramics was no longer a major craft in the town. In contrast, Kutahya was bustling with about 90 workshops, growing into a major center for a new, modern style of ceramic art.

Remarkably, Kutahya was also the place where the first collective labor contract in Anatolia was signed. The 1766 Cup-Makers’ Agreement, which set norms on wages and working conditions, was negotiated between Kutahya’s tradesmen and the local guild of ceramic craftsmen.

Ceramics making remains a source of livelihood for hundreds of households and thousands of people in the region. “Thanks to this craft, I do something I very much enjoy, while making a big contribution to my family’s livelihood,” says Halime Cinar, as she draws a charcoal pattern on a plate in one of the city’s workshops. 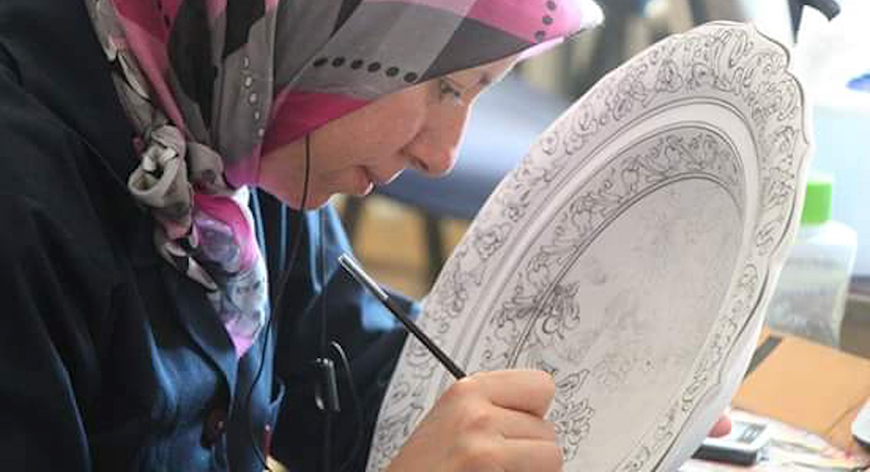 Many women such as Cinar, especially housewives, have empowered themselves economically in Kutahya and its vicinity thanks to the craft.

The most important element in the making of ceramics is the composition of the clay. The general principle is that two different clays should never be mixed, for they have different drying times. Uneven drying could lead to cracks and fractures due to different thermal expansion rates. In the Kutahya tradition, the mixture proportion is one of more clay and less quartz, while a glaze as thin as possible is an indispensable rule.

Since the 1990s, Kutahya’s ceramic craft has experienced a new revival, catering both to the domestic and foreign markets. But despite sales to European and Arab countries, exports are not yet on a global scale, Tunckafa told Al-Monitor.

“This is mainly because of our failure as manufacturers to pay enough attention to advertising and promotion and the government’s failure to provide enough incentives,” he explained.

“Opening up to foreign markets will boost our production capacity and create opportunities to interact with other ceramic centers across the world. Through such interaction, Kutahya’s artisans could reinterpret their manufacturing process and traditional techniques, designs and forms. To me, opening up to foreign markets is less about economic gains and more about interaction with different techniques and cultures,” Tunckafa said.

He stressed that the variety of Kutahya’s know-how, designs and colors were at “a very good level” today, with about 500 large and small workshops in the business.

Looking for fresh inspirations, Kutahya’s artisans are keen to interact with fellow craftsmen across the world and welcome all enthusiasts of the craft in their ancient city.

“The art of flowers blossoming in fire,” as the craft is called in Kutahya, is the vessel through which the region’s people have immortalized their creativity and sense of beauty for centuries. With the authentic features of the craft well preserved, Kutahya’s artisans have a lot to exchange with fellow craftsmen across the world.