An Egyptian NGO is set to take the lead in protecting the country's nature reserves and failing tourism industry. 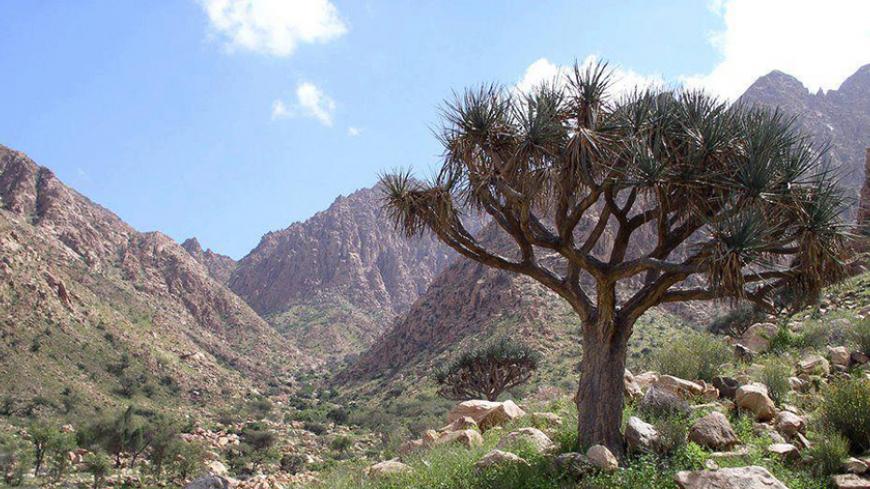 Egypt has launched a new initiative aimed at documenting nature reserves across the country with the hope of preventing them from falling into oblivion.

The initiative, called E’raf Mahmyetak (Know Your Nature Reserves), was launched by nonprofit organization Shabab Betheb Misr (Young People Loving Egypt) in cooperation with the Ministry of Environment to protect the country’s valued nature reserves from being left behind and boost the country’s tourism industry.

“We have been working on the initiative for years, and now we have managed to document seven nature reserves through photo galleries and short documentaries and are working now on documenting the remaining reserves,” Ahmed Fathi, chairman of Shabab Betheb Misr Foundation, told Al-Monitor.

“We mainly aim at showing the world that Egypt has beautiful nature reserves that can be of great interest to many people to visit and tour,” Fathi said.

Fathi added that his project seeks to preserve the environment, keep the country’s nature reserves from being neglected by the government and forgotten by young people, and give a boost to Egypt’s staggering tourism industry.

“Taking care of those nature reserves can be of great benefit to the country’s tourism industry, which has been suffering since the January 25 Revolution,” Fathi said.

There are 40 nature reserves in Egypt covering roughly 15% of Egypt’s total land area. The initiative has documented seven of them and is working on documenting the others.

Those nature reserves were established according to laws No. 102/1983 to protect them and preserve the environment. The largest nature reserve in Egypt is Gebel Elba in the southeast on the Red Sea coast.

Tourism has long been the main source of income for Egypt. Before the January 25 Revolution in 2011, more than one in 10 of the workforce were employed in the country’s tourism industry, which generated approximately $12.5 billion in revenue according to data released by the Egyptian Ministry of Tourism.

Egypt’s tourism industry started to wobble following the revolution, and conditions were further worsened after the downing of a Russian plane in the Sinai Peninsula in October 2015 that killed all 224 people on board.

The initiative by Shabab Betheb Misr started in 2012, a year after the January 25 Revolution. However, it went into effect in 2014.

“We found hardships in launching the initiative, as two uprisings took place in Egypt in 2011 and 2013, and several political changes took place. In 2014, the Ministry of Environment adopted the initiative and began to help us turn the idea into reality,” Fathi said.

Fathi added that the foundation is now preparing for an international conference on the environment in Sharm el-Sheikh, where it will display 1,000 short documentaries showcasing the country’s most significant nature reserves.

The Shabab Betheb Misr Foundation was established in 2012 and is working on a number of projects that aim to preserve the environment and revive the country’s tourism industry.

Although Egypt is trying to make strides in environmental protection, experts say more efforts are still needed to maintain a sustainable approach in the country.

“Egypt should move in this direction of preserving the environment and adopting a sustainable approach in order to keep abreast of the developments that are taking place in the world in this field,” Sara Refaat, an environmentalist, told Al-Monitor.

Refaat added that paying due attention to the country’s ecotourism can largely contribute to reinvigorating the staggering tourism industry and attract large numbers of foreign tourists. “Those kinds of tourists visit Egypt again. They do not visit the country once,” she said.

Egypt has started to use solar panels to generate electricity, establish solar power stations and even organize solar energy car races in its tourist resorts. The government aims to secure 20% of its energy generation from renewable sources by 2022.

In environmental cooperation, Egypt is part of the Basel Convention, the Convention on Biological Diversity, the London Convention, the International Tropical Timber Agreements, the Kyoto Protocol, the Montreal Protocol, the Nuclear Test Ban Treaty, and the UN Conventions on the Law of the Sea, Climate Change and Desertification.