Egypt launches initiative to keep farmers from bailing on their land

Many of Egypt's farmers are abandoning agriculture and moving to the cities to find employment, but an initiative by the Union of Producers and Exporters of Horticultural Crops is trying to encourage farmers to stay put. 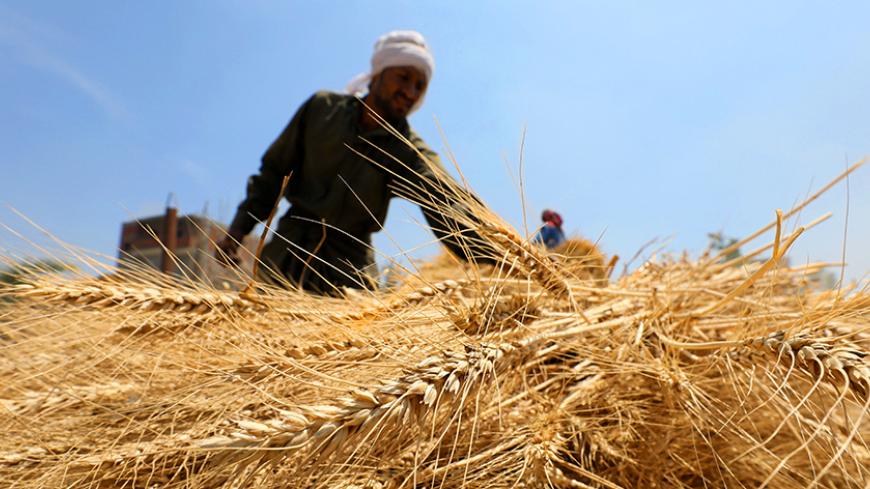 The Egyptian government has launched a new initiative aimed at preventing farmers from abandoning a practice that was revered by their Pharaonic ancestors: agriculture.

The initiative, called “Do not sell your land,” was launched by the Union of Producers and Exporters of Horticultural Crops (UPEHC) this year to convince farmers not to sell their plots of land and quit agriculture by providing them with adequate financial and technical support.

According to UPEHC head Hussein el-Hennawy, the initiative is part of the Support to Rural Development Program (SRDP) launched by the Egyptian Ministry of Agriculture in cooperation with the UPEHC in 2006. The SRDP has been developing over the past years and includes several initiatives and activities.

The project, which is funded by the European Union at a total cost of 10 billion euros ($11 billion), is carried out in three locations in the governorates of Fayoum and Minya. These two governorates were chosen as they are characterized by a high density of farming population, severe poverty and a long history of agriculture, according to a report published by the UPEHC.

“The project’s purpose — based on the partnership between beneficiaries and the government — is to support poor farmers and their families to improve the productivity of their land and increase their outputs and incomes,” the report states. “It would also assist in job creation through support for small-scale agro-processing and/or marketing including investments in social assets."

Hennawy told local media that the initiative provides the farmers with the required high-quality fertilizers and insecticides at low rates and also provides consultants and experts to enrich their agricultural knowledge and provide guidance on the best farming methods.

“The initiative has encouraged dozens of farmers to remain close to their lands, and the results are fruitful as output has increased by 30-40%,” Hennawy said.

Through the initiative, farmers receive continuous training on how to deal with the ongoing farming challenges, including rising production costs, spiraling prices of fertilizers and climate change.

Farmers have been hit hardest by the government’s 2014 decision to increase fertilizer prices on the retail market by 33%. The increase in fuel prices by up to 47%, a decision taken by the government following the flotation of the Egyptian pound in November 2016 to cut the budget deficit and stimulate economic growth, has further worsened the situation for farmers.

Many farmers have abandoned their profession, moved to the city and started to work as taxi drivers or tuk-tuk (auto rickshaw) drivers. Some farmers sold their plots of land to businessmen and real estate developers who have started housing or commercial projects on the agricultural lands, causing a massive loss of farmland.

The recent trend jeopardizes the increase of the country’s reliance on importing basic commodities that cost billions of dollars every year.

However, on Dec. 4, 2016, the government sharply raised customs duties on more than 300 goods to encourage domestic production and curb a ballooning trade deficit. The increases saw many tariffs jump to 60%.

Economist Ahmed el-Shami said that initiatives like the one launched by the UPEHC are crucial to salvaging the country’s agricultural industry that is key to economic development. “The agriculture sector has always been an important part of Egypt’s progress and development, and Egypt has many arable lands where products can be grown to increase the country’s exports and foreign currency reserves,” he told Al-Monitor.

According to the United Nations Food and Agriculture Organization, the Egyptian economy "relies heavily on the agricultural sector for food, feed, fiber and other products. It provides a livelihood for about 55% and employs 30% of the labor force, contributes approximately 17% of the gross domestic product and 20% of all foreign exchange earnings."

Ismail Hassan, a farmer who owns a plot of land in Minya governorate, said that the UPEHC’s initiative will be a life saver for many farmers who have given up on farming and are finding other jobs in the cities. “We have finally found a helping hand for which we were desperate for so many years,” he told Al-Monitor.