Turkey gives the impression of a beleaguered country that is losing ground on all fronts. 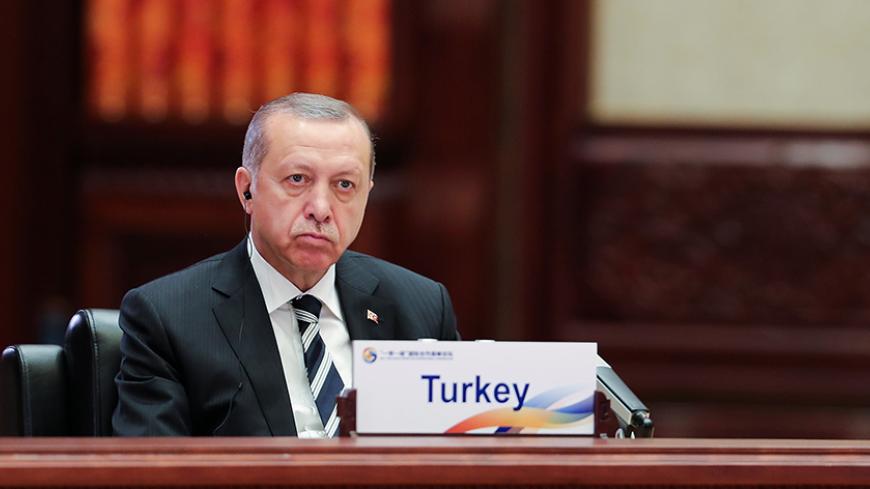 Turkey was once considered by the West to be a positive force in a turbulent part of the world. Just a few years ago, it provided a model for the Middle East with its secular and modern outlook, parliamentary democracy and rapidly developing liberal economy.

It failed, however, to live up to these expectations. It has also failed to produce a positive and proactive foreign policy that complements its strategic importance. Turkey is currently at odds on key regional issues with almost all of the major stakeholders, starting with the United States, Russia and Europe.

It also has tense relations with key regional players such as Iran and Egypt, while Jordan looks upon it with suspicion. Ankara’s seemingly good ties with Saudi Arabia and Qatar, on the other hand, are not sufficient to give it the clout needed for a proactive contribution to regional developments. President Recep Tayyip Erdogan’s one-dimensional and generally abrasive approach to foreign policy has left Ankara rowing against strong currents it has no ability to chart on its own.

Erdogan’s approach is perhaps favored by his domestic support base, but this has done little to enhance Turkey’s influence abroad. As a diplomat noted recently during a private conversation, there seems to be a “reverse correlation” between Erdogan's getting stronger at home and Turkey's becoming weaker internationally.

This has forced Ankara to backpedal on more than one occasion, for example in its ties with Israel and Russia.

After Israeli commandos killed nine Turks on the Mavi Marmara aid ship in May 2010 as it tried to break the Gaza blockade, Turkey all but severed its ties with Israel. It demanded an apology, compensation and, most significantly for Erdogan’s Islamist supporters, the raising of the Gaza blockade before it would normalize ties.

The first two demands were met, but the third one was not, even though Ankara insisted for some time that this condition had to be met also. Today, however, Turkey and Israel have restored full diplomatic ties and are discussing major joint projects. Ankara also reduced its open contacts with Hamas, while the blockade of Gaza continues.

The recent verbal spat between the two countries over the Palestinian issue, on the other hand, is not expected to undermine relations.

Many wonder why ties with Israel were allowed to hit rock bottom if nothing significant was ultimately gained.

Turkish-Russian ties also came to a standstill after Turkey downed a Russian jet in November 2015 as it strayed into Turkish airspace while conducting a mission against Turkish-supported opposition fighters in northern Syria.

Russian President Vladimir Putin immediately imposed damaging sanctions against Turkey. This happened when Erdogan was trying to develop good ties with him in order to counterbalance his deteriorating ties with the West. It left many confused as to Ankara’s intentions.

In the end, Turkey could not bear the pressure from Russia, forcing Erdogan to apologize to Putin for the “mistake” involving the jet, even though the prime minister of the day, Ahmet Davutoglu, said he had ordered any fighter jet violating Turkish airspace near Syria to be downed.

Serious differences between the two countries over Syria have not been overcome, though. Ankara remains displeased with Russia’s support for Syrian President Bashar al-Assad and its cooperation with the Democratic Union Party (PYD) and the People’s Protection Units (YPG) in Syria, which Turkey says are Kurdish terrorist organizations.

Erdogan has no means, however, to convince Moscow to change tack on these issues. He is also unwilling to risk a new crisis with Russia, giving Moscow the upper hand.

Turkey’s co-sponsoring of a new track in Syria (Astana process) with Russia and Iran appears to have put Ankara back at center stage, but it is evident that this process is driven more by Moscow and Tehran than Ankara.

Because of suspicions regarding its ultimate intentions, Turkey was also excluded from the liberation of Mosul in Iraq from the Islamic State, despite Erdogan’s angry but ultimately hollow ripostes that no one could prevent Turkey’s participation.

Turkey’s ties with the United States also remain on the brink over issues that are also unlikely to be resolved according to Ankara’s demands. These include Turkish requests that Washington ditch the YPG in Syria and that Washington facilitate the extradition of Fethullah Gulen to Turkey to stand trial for masterminding the failed coup attempt.

Erdogan, who is currently in Washington, told reporters in Beijing last week that he would be discussing these issues face to face with President Donald Trump. “We will arrive at our final decision after that. If we are strategic allies, then we have to decide within the context of this alliance. If a shadow is cast over this alliance, then we have to attend to our needs on our own,” he said.

Few expect him to return from Washington with much. What he will do in that case is not clear. Any steps he takes that escalate Turkish-US tensions will likely leave Turkey even more isolated in Syria.

Erdogan also has to contend with the fact that Washington and Moscow both support the PYD and YPG, and they believe the Syrian Kurds should be represented at the peace talks. They also agree that the Syrian Kurds can be given cultural autonomy.

Ankara says it will prevent this, but it is not clear how Erdogan can do this without harming Turkey’s long-term interests.

Meanwhile, the Kurdistan Regional Government in Iraq is taking steps toward independence. This leaves Ankara in another quandary because it has close ties with Erbil and tense ties with Baghdad, but it is opposed to an independent Kurdistan anywhere.

Erdogan is also unable to find a common language with Europe, which is accusing him of becoming dictatorial. He has responded by blasting Europe with insults, threats and accusations — even calling European leaders “Nazis” and “fascists.”

This may be welcomed by his domestic support base, but it leaves Turkey on a collision course with Europe also. All of this gives the impression of a beleaguered Turkey that is losing ground on almost all fronts. Ankara needs a new language and approach to reach out, not just to the West, but also to its region.

Pointing out that Turkey has been unable to create a positive agenda in foreign policy these past few years, retired Ambassador Unal Cevikoz argued in his column in the daily Hurriyet recently that the problematic geography Turkey is located in is often blamed for its troubles.

“Seeing as it is not possible to change geography, it seems there is no choice but to alter the parameters of the thinking process being used,” he said. Erdogan has given no indication, however, that he will move toward a more realistic course in foreign policy. The concern then is that Turkey will continue to lose ground.

“The opposite can also happen. Countries may use their capacity to influence international ties in a negative way,” Demiralp wrote in an article. “Sometimes a need may arise to use this capacity. But if it gains continuity, then the way the international community views you will change. It will factor in the damage you are capable of doing, and take the appropriate measures,” he added.

This essential point appears lost on Ankara at the present time.