A ban on alcohol during an Islamic holiday has revived debate over the effectiveness and fairness of government attempts to regulate such spirits. 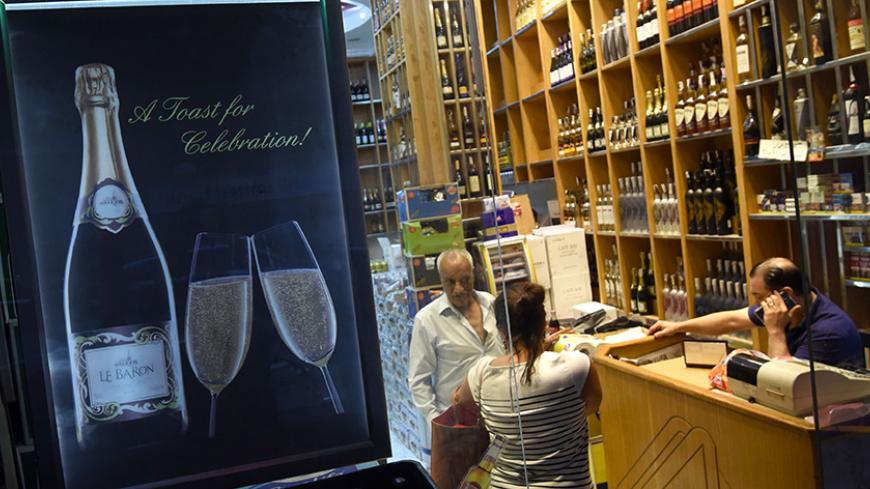 CAIRO — An order to close all Egyptian nightclubs, bars and liquor stores on a recent Islamic holiday reignited public debate about whether such bans are hypocritical, discriminatory and detrimental to tourism.

Ashraf Ezz al-Arab, general director of Egypt's Tourism and Antiquities Police, issued the order May 11, the day before the Night of Mid-Shaaban, a holiday that calls for Muslims to fast. They believe their fortunes for the coming year are determined on that day, and their sins might be forgiven.

According to Arab, the Ministry of Tourism's Decision 222 of 2012, amending requirements for tourism establishments, stipulates that anyone caught drinking or selling alcohol during the holiday can be imprisoned. In reality, however, the law only sanctions sellers, not buyers, unless the latter are found inebriated. Arab did not make clear whether the ban also applied to foreigners.

The holiday passed without any significant incidents, as those who wanted to drink had probably already bought their supplies, and restaurants, nightclubs and stores complied with the ban to avoid trouble. Five-star hotels appear to have abided by the ban in public areas, although it would have been difficult for them to refuse orders for alcoholic beverages through room service.

Arab's order continues to stir discussion. Egyptians who call for the application of Islamic law say the government is being inconsistent or hypocritical in a sense. They argue that alcohol is forbidden and should be permanently banned, not only on Islamic holidays and during the month of Ramadan. In addition, why should the ban apply only to Egyptians?

Egyptians involved in tourism see the ban as harmful to their interests. They also say it gives extremists “justification” to kill those who sell alcohol, which has happened in the past. In January in Alexandria, a liquor store owner was murdered by a man who said he had warned the store owner to stop selling alcoholic beverages.

Wajdi al-Kerdani, former head of Egypt’s Chamber of Tourist Facilities, told Al-Monitor that Law 63 of 1976 prohibits the supply or consumption of alcoholic beverages in public places or public shops except by those with a license. Hotels, tourist establishments and nightclubs are exempted.

The Ministry of Tourism can, however, set some conditions on the exercise of certain licensed activities. For example, in 2008, Tourism Minister Zuhair Garrana banned the sale of alcohol to Egyptian nationals only, while allowing its sale to foreigners, including Gulf nationals and other Muslims, during the month of Ramadan. Concerned Egyptians have cried foul, claiming that they are being discriminated against.

Sheikh Sharif al-Hawari, a board member of the Salafi Call, told Al-Monitor, “The rule in Islam prohibits alcohol, its manufacture, sale, transport or offer. There must be a deterring law to prevent alcohol altogether. Article 2 of the Egyptian Constitution says the principles of Sharia are the main source of legislation.” He also asserted, “Alcohol wastes the energies of youth and contributes to the spread of crime and road accidents.”

Hawari pointed out that in 2016, Egypt imported alcoholic beverages worth 296 million Egyptian pounds (about $33 million), despite difficult economic conditions and declining tourism. He told Al-Monitor that he does not expect a ban to have severe implications for tourism, citing an economic report that said in 2016, Muslim populations worldwide spent $142 billion on travel.

“If Egypt provides the proper infrastructure for halal [conforming to Islamic law] tourism by establishing all-women's tourist facilities, banning alcohol all year long and finding suitable places of worship, this type of tourism would generate significant revenues,” he said.

Also, according to Hawari, non-Muslims will respect Egyptian traditions, including the ban on alcohol. “Non-Muslim women put the veil over their head and take off their shoes when visiting ancient mosques,” he remarked. “Tourists who love Egypt will keep coming despite the ban. If they insist on drinking alcohol, tourists can bring their own bottles of alcohol and consume this substance in their hotel room and not in public places.”

Banning alcohol only on religious holidays for Egyptian nationals is “clearly contradictory,” Hawari maintained. He claims that young religious people want the Egyptian government to ban alcohol consumption and sale all year long.

Wagdy William, who owns a liquor store in downtown Cairo, told Al-Monitor that he closes his store on religious holidays to avoid trouble. William said, “If I refuse to sell alcoholic beverages to an Egyptian customer, I may end up losing him, as he will head to another store, but if I do sell to him, I would get in trouble with the Interior Ministry and would end up being forced to beg the police to avoid being prosecuted.”

He added, “On New Year's Eve, alcoholic beverage sales rise steeply in Egypt. The tourism rate increases during this season, as a large number of Arab and foreign tourists head to Egypt to celebrate this special night. Several events and parties are also organized during this season, and alcohol consumption is an essential part of such events.”

Magdy Salim, former undersecretary at the Ministry of Tourism, remarked, “The ban decision [involving religious holidays] specifies that the offending party would see his store shut down, or his tourist facility barred from the register of the Ministry of Tourism, and would be liable for imprisonment for a period not to exceed six months and a fine of not more than 500 Egyptian pounds [$28] or for both sanctions,” he told Al-Monitor.

Salim rejects the concept of halal hotels that do not offer alcohol, since under Egyptian regulations, no hotel can earn a five-star rating unless it serves alcohol. “Egyptian authorities allow tourists to bring in alcoholic beverages from their countries,” he noted. “The ban is useless. I think it would be best to keep the issue of alcohol consumption a matter of personal preference.”