Iran’s moderate president, Hassan Rouhani, has changed his tactics, attacking his conservative rivals who are determined to unseat him. 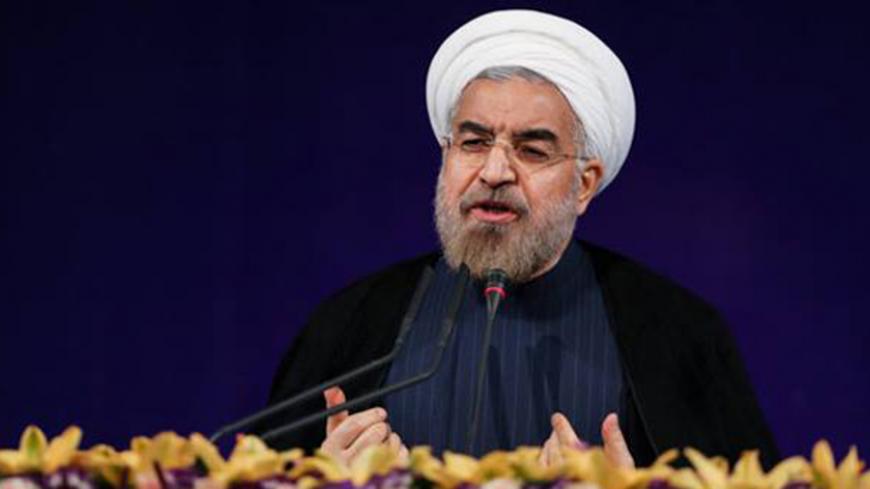 Iran’s incumbent moderate president, Hassan Rouhani — who is seeking a second term — has changed his approach ahead of the May 19 presidential elections. In the past few days, Rouhani has become unprecedentedly straight and clear in his speeches, injecting more hope in his supporters.

Since the beginning of the presidential election campaigns, conservative candidates — namely Ebrahim Raisi, Mohammad Bagher Ghalibaf and Mostafa Mirsalim — have been attacking the moderate government of Rouhani, saying he has been unsuccessful in solving people’s problems such as unemployment. And from the beginning, Rouhani unexpectedly didn’t answer many of the criticisms and only tried to explain his plan for the second term, a decision that made his supporters angry. Now he has changed his tactic, responding to every challenge laid forth by his conservative rivals.

On May 7, in a speech in Orumiyeh province in northwest Iran, Rouhani said, “They state that [everyone] must pay their taxes, but no one asks them [if they] have paid [their] taxes where [they] are the manager?"

In recent days, one of the slogans that conservative Raisi has emphasized is to tax the influential and wealthy companies and figures instead of poor people. However, Raisi is the custodian of the holy shrine of the eighth Imam of Shiites and hasn’t paid taxes since he took office in the last year.

Rouhani also slammed conservatives for questioning freedom of expression in his government, saying those who silenced people in recent years and issued media bans on figures are behind these slogans against his administration.

“Please don’t talk about freedom of expression, and [don’t] put liberty at shame. Do not talk about the tolerance of criticism while nobody dares to criticize the body you are working for,” said Rouhani, referencing his conservative rivals — especially Raisi, who used to work in the judiciary as the prosecutor general.

“You must know that those who had taken over the country in that eight years [of Mahmoud Ahmadinejad’s presidency] are active in their campaigns, and you saw what they did to the youth and employment issue," added Rouhani, hitting at Raisi — who has chosen many of his campaign managers from Ahmadinejad’s government.

In a speech on May 8 in Hamadan in western Iran, Rouhani accused his rivals of striving to enforce gender segregation in the streets. “In a meeting, they decided to build walls in streets. They sought to divide the streets for women and men, just like when they issued a circular for gender segregation in their workplace. You don’t know them; I know them,” said Rouhani, adding, “If you don’t cast your votes, they will come to build walls in the streets."

Rouhani’s target in this part of his speech was Ghalibaf, who issued a circular in 2013 ordering gender segregation in the municipality of Tehran.

Mentioning the media ban on former President Mohammad Khatami by the judiciary, Rouhani said, “Why have you isolated the great figures of our society … the ones who brought up the dialogue of civilizations? Based on which law and rule [have you banned them]?”

Rouhani also criticized the approach of hard-liners against Israel, saying, “Every time you chanted a slogan, Israel received 3 billion dollars more from the US for strengthening its military power.”