In Iran, moderate conservatives have officially thrown their weight behind incumbent President Hassan Rouhani, who is seeking a second term in the May 19 presidential elections. 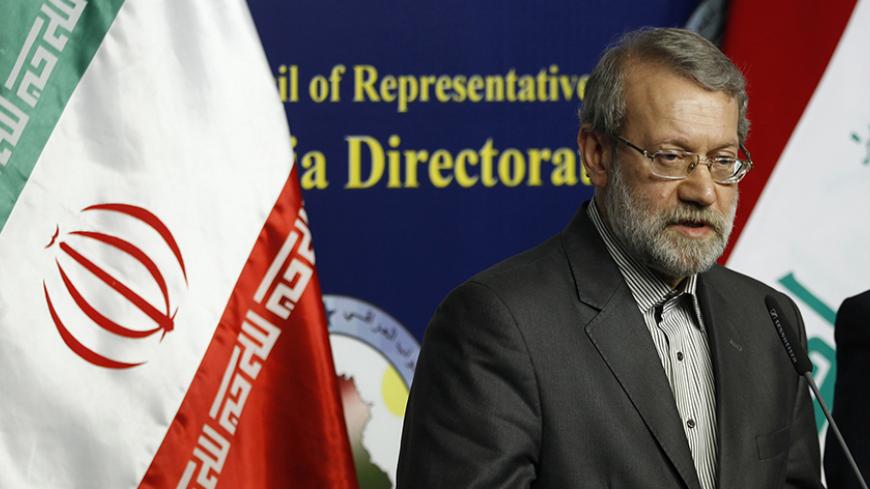 Moderate conservatives under the leadership of parliament Speaker Ali Larijani announced their support for President Hassan Rouhani on May 1 as they opened a special headquarters in support of his re-election.

Larijani has had an amicable working relationship with Rouhani since the incumbent took office in 2013, aiding the moderate president at key crossroads — including parliament’s approval of the nuclear deal.

In recent years, Larijani has gradually distanced himself from the conservative camp, which is now controlled by hard-liners — which explains his decision to run as an independent in the 2016 parliamentary elections. Meanwhile, Larijani has continuously supported Rouhani, saying that the president is his comrade and that he is likely to be re-elected.

Rouhani appears to be the preferred candidate of Larijani, especially as the speaker would face problems with both conservative candidates: Tehran Mayor Mohammad Bagher Ghalibaf, and Ebrahim Raisi, who is being backed by the hard-line Endurance Front. The latter group is active under the leadership of Ayatollah Mohammad Taghi Mesbah Yazdi, and it loathes Larijani, who had shoes thrown at him by hard-liners during a speech in 2013.

Behrooz Nemati, a Larijani aide who is running the headquarters of the moderate conservatives’ campaign for Rouhani, said May 1, “Conservatives aren’t only in JAMNA [the Persian acronym for the conservative grouping Popular Front of Islamic Revolution Forces]. Beyond JAMNA, there are many conservatives … and they are here now to support Rouhani.”

JAMNA is a conservative coalition formed ahead of the May 19 vote in a bid to forge consensus on a single candidate to challenge Rouhani. While it has managed to attract various hard-line figures, prominent moderate conservatives such as Larijani and Ali Akbar Nategh Nouri, the head of the supreme leader’s inspection office, have avoided joining JAMNA. Both Ghalibaf and Raisi were announced as among JAMNA’s final candidates after an internal ballot in early April.

Speaking at the opening of the headquarters of the moderate conservatives’ campaign for Rouhani, Mohammad Shariatmadari said May 1, “The moderates of all groups are praised by us, and I thank Nategh Nouri and Ali Larijani for helping continue our path.”

In other news, the influential Society of Seminary Teachers of Qom announced its support for Raisi on May 2. This is a big blow to Ghalibaf, who is seemingly striving to portray himself as the main conservative candidate. Indeed, Ghalibaf and Raisi appear to remain in disagreement, with neither showing signs of being willing to stand aside and support the other in the presidential race. There is a widely held belief among conservatives that it is necessary to agree on a single candidate, since the camp’s defeat in the 2013 elections is attributed to the fielding of multiple hopefuls while Rouhani was the sole nominee of the moderate-Reformist coalition.