A proposal to end the production of free textbooks and make better versions available in an electronic format poses a threat to the state-owned publishing houses that rely on this work. 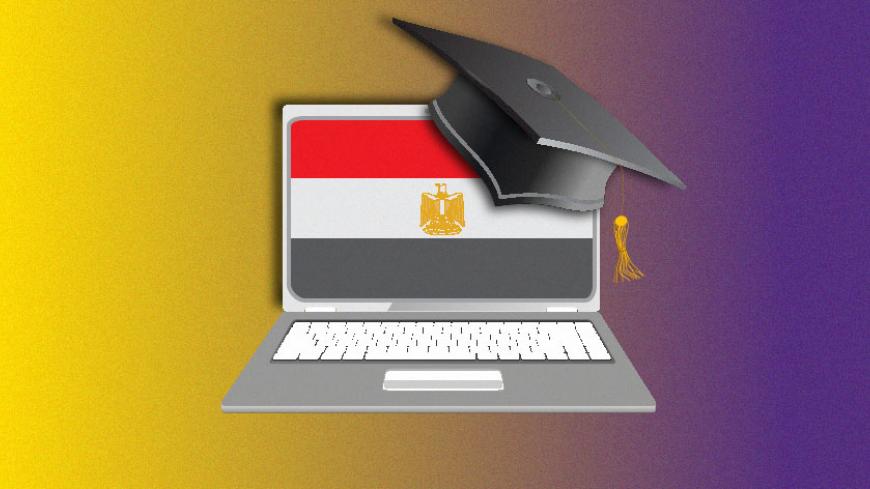 CAIRO — Hala Abu Saad, parliament member and representative of Egypt's Small and Medium Sized Enterprises Committee, submitted a proposal to parliament April 5 to halt the printing of free textbooks and instead make them available in electronic format. The proposal is designed to spare the state the printing cost, which is estimated at 1.8 billion Egyptian pounds ($100 million), and curb the 2016/2017 fiscal year budget deficit of 319.46 billion pounds ($17.5 billion).

The proposal has sparked debate in parliament. While some lawmakers have welcomed the idea as a way to keep up with technological advancements and make good use of modern technologies to save and efficiently allocate taxpayers’ money, others rejected it, citing concerns about the availability of resources such as internet access and equipment in computer labs.

Abu Saad told Al-Monitor, “The proposal was made given that the textbooks printing cost amounted to 1.8 billion pounds in the 2016/2017 state budget. Yet it is to no avail, because students neglect the textbooks and are using supplemental books instead." These books contain the same lessons with often better explanations and many practical exercises that help students prepare for exams.

Abu Saad explained that necessity is the mother of invention, and the fact that students will need this technology will increase private and public investment in internet access in remote areas. “Also, most of the social classes have tablets and computers in hand. The opening of cybercafes would allow the remaining small percentage of students to have access to e-books outside the school hours at low cost.”

Abu Saad noted, “Should the parents find that their children are in need of this technology, which would allow them to dispense with supplemental books and expensive private lessons via the formation of study communities on social media, they will get these tech products and pay on installment plans.” These social media groups, in which students and teachers would communicate online, would be a free alternative to private lessons.

She added that many parents and politicians rejected a similar effort, believing that it would not be successful. However, an online application system proved successful and has now been in use in all universities since 2004, she said.

Abu Saad stressed that progress or reform cannot come without disadvantages. The repercussions of the decision will affect printing companies, particularly state-owned presses. However, the effects could be eased by channeling a part of the funding allocated to the efforts to support state-owned presses and shift their activities to the printing of banners and other teaching tools within schools, she added.

Rose al-Yusuf, which publishes Rose al-Yusuf weekly magazine, Sabah al-Kheir weekly and Rose al-Yusuf daily, is a state-owned press and one of Egypt's institutions that prints textbooks. Abdel Sadek Al Shorbagy, the chairman of the institution's board of directors, told Al-Monitor that he had a meeting March 26 with Education Minister Tarek Shawki and the head of the Chamber of Printing Industries, Khaled Abdo. He reported that Shawki stated that the ministry is currently working on making new and improved textbooks available in digital form and providing students with tablets.

Shorbagy explained, “The proposal is not new and was already discussed with four former ministers. I told Shawki that 63,000 people are employed in the textbook industry, in which state-owned and private presses invest billions of Egyptian pounds.”

Shorbagy noted that many publishing houses have invested millions of dollars in establishing the production lines used to print textbooks. These lines are only suitable for this purpose, since textbooks issued by the Ministry of the Education are the only ones printed in millions of copies, he said.

Shorbagy explained that textbook revenue represents 60-70% of the state-owned presses’ income. If e-learning is to replace physical textbooks, there should be an alternative mechanism to support these publishing houses.

He also stressed that the proposal is not socially equitable, as many of Egypt’s remote and rural areas have yet to gain internet access, while citizens of Cairo complain about unreliable services.

Shorbagy wondered: If the students refrain from using textbooks and insist on buying the supplements, even though they are five times more expensive than the textbooks, does this mean that textbooks are useless? And why is the Education Ministry contributing to the production of supplemental books if the profits go to private companies?

“No press in Egypt can cover its costs as nowadays readers are more interested in online magazines and websites, and printed newspapers are losing subscribers and ads. The textbook revenues allow publishing houses to continue to produce other educational materials,” he said.

Speaking to Al-Monitor on condition of anonymity, a source at the Ministry of Education said that the prices of raw materials necessary for the printing of textbooks have increased after the flotation of the Egyptian pound against the dollar. He added that the ministry pays for 260 million books for the 2015/2016 school year — a cost of about 1.8 billion pounds. This is an increase of 600 million pounds ($33 million) compared to the 2016/2017 academic year.

According to him, the ministry will remove 30% of the curriculum and reduce the size of textbooks, which would save up to 700 million pounds ($38 million). This sum could be used to increase teachers’ salaries through incentives. Teachers could earn points for attending training sessions and for their students’ performance, among other criteria. This, he said, would greatly contribute to developing the educational process.