Is lack of direction from Trump hampering Congress on Iran?

Democrats complain they have no idea what the president thinks of Congress' sanctions proposals. 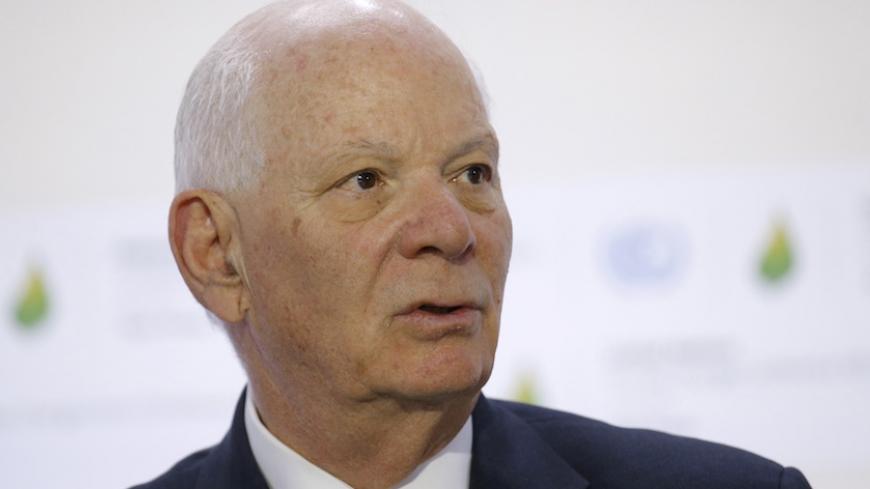 The Donald Trump administration's mixed messages and staffing shortfalls are taking a toll on Congress' ability to counter Iran, according to several Democrats who voted against the nuclear deal.

Several members who want to tighten sanctions say they don't know what the president thinks of their latest proposals. They vowed to move ahead regardless, but expressed frustration about a lack of clarity and engagement from the White House.

"I don't know what the president's Iran policy is about; he hasn't told us," said Sen. Ben Cardin, D-Md., the top Democrat on the Senate Foreign Relations panel. "It is certainly a hurdle when you don't have an articulated policy; you don't have negotiations or informational sessions that are taking place between congressional leaders on this issue and the White House; and you don't have confirmed people who you can call up and say, 'This is what we're thinking of, what are you thinking of?'"

"The problem with the White House is they seem to have placed such a low priority on anything international … that it permeates into everything that we do and that they do," Engel told Al-Monitor. "There doesn't seem to be too much interest, or maybe they haven't come to a decision about what direction they're moving. I don't know."

Top Republicans, however, appear to have forged a working relationship with the Trump administration.

"We have been in close contact with Chairman Royce’s staff and Chairman Corker’s staff to provide technical feedback to the bills," a State Department official told Al-Monitor in an email.

"I think everybody has a good idea of the problem," Royce told Al-Monitor. Asked if he's getting the feedback he needs from the Trump administration, he joked, "Personally, I am. That's what's important."

A Senate aide told Al-Monitor that Corker "has remained in close contact with Secretary Tillerson regarding the approach to Iran, and we continue to receive good feedback from the State Department and the administration."

The Senate bill is expected to come up for votes after next month's presidential election in Iran.

Still, other Republicans acknowledged that staff shortfalls are a problem.

"I'm well aware that there's a large management team at the State Department, and there are lots of vacancies in that management team. I think it's in everyone's interest to get those filled," said Sen. Jim Risch, R-Idaho, the chairman of the Senate Foreign Relations panel on the Middle East. "We're working on matters that involve the State Department and other countries. You really need people who have the authority in those positions to be able to make things happen."

A total of 530 top positions remain vacant across the government, The Washington Post reported this week, but Trump has only nominated 37 people to fill them. The Senate has confirmed 26 of Trump's picks since the president took office in January.

"I don't know what the president would do," Engel said. "I don't know if he'd veto something or whether he'd sign something. You would hope that you could find some happy medium with all sides reaching across the aisle and working together, but if they don't really engage, if they're low-key, if they're cutting back or want to cut back on the purse, what does it say?"

Others said it's clear that Trump would sign whatever sanctions Congress comes up with.

"It's true that we haven't gotten feedback, but if you listen to the comments the administration has made about Iran, I don't get a concern that they're not going to be in line with supporting what that bipartisan legislation means," said Sen. Robert Menendez, D-N.J., a co-author of the Corker-Cardin bill.

Menendez's comments come as The Wall Street Journal reports that Trump himself pushed Secretary of State Rex Tillerson to toughen his rhetoric against Iran last week after certifying that Tehran was complying with the nuclear deal. But if Trump wants to rip up the deal rather than enforce it, Cardin predicted, he will face stiff resistance in Congress.