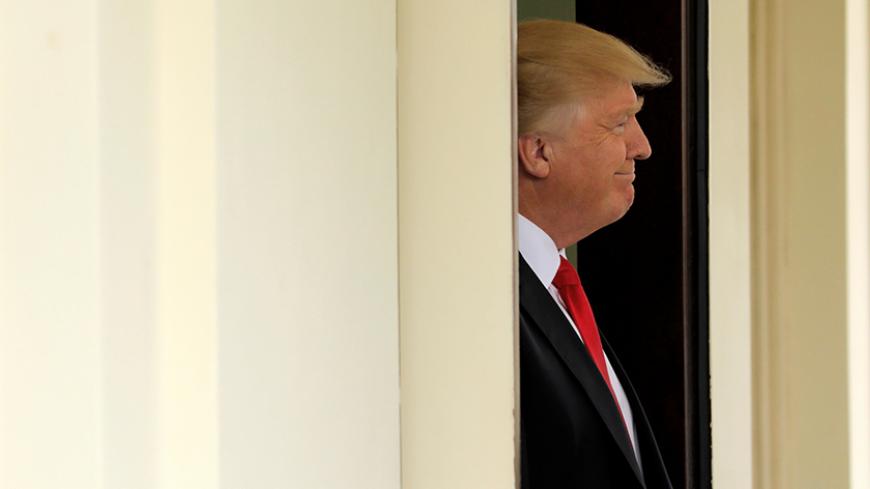 “Jason Greenblatt surprised us at the Arab League summit meetings in Amman,” a senior PLO official told Al-Monitor this week.

According to the official, Greenblatt, who is President Donald Trump’s representative for international negotiations, expressed in his meeting with President Mahmoud Abbas and in other meetings at the March 30 summit that Trump is committed to reaching a deal on Israeli-Palestinian peace, and that the time has come to make such a deal. Still, the Palestinian leadership remains skeptical about the outcome of these efforts, mainly due to Prime Minister Benjamin Netanyahu’s annexationist positions. Greenblatt argued that if a balanced initiative is presented at the opening of negotiations within a regional framework, Netanyahu might be convinced. The official said the envoy explained that in such a setup, Netanyahu would have a parliamentary majority, thus it could push such an initiative forward.

Indeed, Greenblatt met in recent weeks with both leaders of the Zionist Camp — Isaac Herzog and Tzipi Livni. In these meetings, he laid out Trump’s view on the possible dealmaking, but doesn’t this sound like deja vu? The notion of dealmaking was present also last year, when former Secretary of State John Kerry coordinated a similar regional opening of Israeli-Palestinian negotiations on a two-state solution with Egyptian President Abdel Fattah al-Sisi and King Abdullah II of Jordan. At the end, Netanyahu opted for peace with HaBayit HaYehudi leader Naftali Bennett and Yisrael Beitenu leader Avigdor Liberman instead.

The PLO official told Al-Monitor that Greenblatt explicitly spoke about the possibility of a two-state solution. What encouraged the Palestinians most was the time element that was emphasized by the envoy when he told his interlocutors that Trump believes the time is ripe for a “dealmaking” process.

Apart from meeting Abbas, Greenblatt met in Amman with Abdullah, his foreign minister and the foreign ministers of Saudi Arabia, Tunisia, Egypt and the United Arab Emirates — a crash course in inter-Arab diplomacy. Apparently, the US envoy was so inspired by these meetings that on his way back to Washington he stopped in Tel Aviv to receive a blessing from Rabbi Gershon Edelstein of Ponevezh for his important task.

In parallel, an informal deal is being worked out between the White House and Netanyahu’s envoys on curbing settlement construction. According to a senior Ministry of Foreign Affairs official who has the prime minister’s ear and spoke to Al-Monitor on condition of anonymity, Israel will constrain its construction to the built-up areas of the settlements, or when not possible to adjacent areas, in order not to hamper Trump’s regional peace efforts.

The official told Al-Monitor that the prime minister’s office and the Foreign Ministry are supportive of Trump’s efforts, but do not believe that Greenblatt will succeed in his efforts in the reasonable future, due to the weak political position of Abbas within the Palestinian Authority. He said, “Israel will agree to a regional umbrella for Israeli-Palestinian negotiations, only if these negotiations will be bilateral and unconditional. Furthermore, the United States is aware of Netanyahu’s demand that the Palestinians recognize Israel as the Jewish state and that — in any solution — Israel will maintain security control of the West Bank.”

The senior PLO official had a different view of the American effort. “The Palestinian leadership was asked to be constructive when Abbas meets later this month with US President Trump in the White House. The main emphasis of the US move is to create a regional framework for dealmaking,” he said. He believes that such a framework would be conducive to strengthening the anti-Islamic State coalition as the war against it in Syria and Iraq advances.

Based on his information concerning Greenblatt’s discussions with Abbas and the other Arab leaders, the PLO official outlined what sort of an initiative the Palestinians, together with Egypt, Jordan and the Arab League, could live with. He argued that reopening negotiations requires recognition by Israel of the two-state solution principle. Also, the basis of negotiations must be the Arab Peace Initiative, i.e., the borders must be based on the 1967 lines with East Jerusalem as the Palestinian capital with mutually agreed upon and parallel land swaps. Finally, Israel would join a negotiation track on normalization of relations with the Arab countries.

This is a paradoxical development. After the US elections, the Trump administration was viewed by the Israeli right as a redemption of all anti-settlement and pro-two-state positions of the Obama era. The Palestinians, for their part, saw Trump’s victory as “the end of the world.” Today, positions have changed. The main sense one gets from talking with senior Israeli and Palestinian officials is one of confusion. Despite some similar positions, Trump is not Barack Obama, and he is therefore totally unpredictable. Initial signs indicate that a dealmaking attempt is not out of the question.