Israeli Finance Minister Moshe Kahlon found himself isolated this week when he misjudged Prime Minister Benjamin Netanyahu's control over his coalition in the fight over launching Israel's Public Broadcasting Corporation. 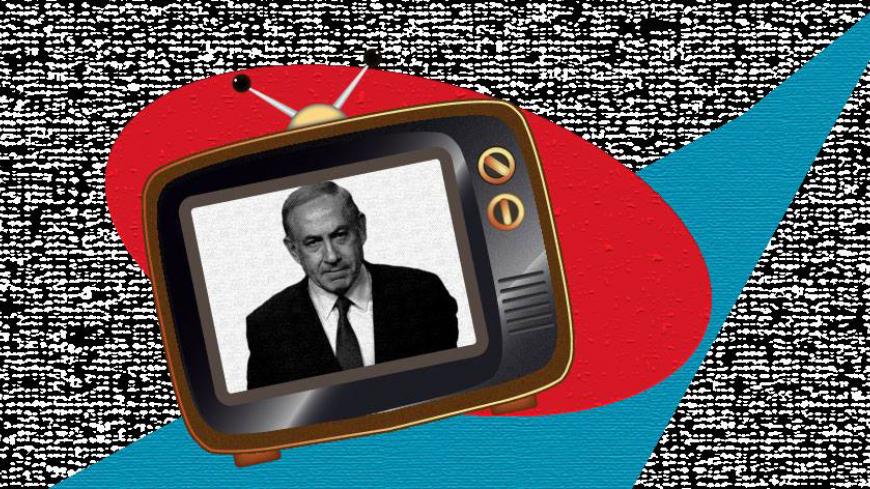 For several weeks now, Israeli Prime Minister Benjamin Netanyahu and Finance Minister Moshe Kahlon have locked horns over the launching of the Public Broadcasting Corporation, designed to replace the bankrupt Israel Broadcasting Authority. And while the fourth Netanyahu government was being rocked by the issue, the Knesset's Finance Committee convened on March 27 for a special recess session. Signs have been growing that the crisis between Netanyahu and Kahlon is deepening. Netanyahu had continued to insist that the corporation be stopped, whereas Kahlon, having promised that the corporation would begin operations on April 30 as stipulated by law, kept signaling that he had no intention of giving in.

At the committee meeting, Knesset member Moshe Gafni of the ultra-Orthodox Yahadut HaTorah came out with the surprising announcement that his party was not averse to moving up the elections scheduled for 2019. Only the day before, the heads of the ultra-Orthodox parties had been quoted as telling Netanyahu that they would not go along with early elections, and now Gafni was singing a different tune. “I would like to announce that we are not opposed to elections … we believe that for a state like ours, facing such big challenges and difficult problems, to go to elections over the issue of public broadcasting is an irresponsible act … [but] we are the last ones to fear elections.”

Gafni’s declaration made it clear that the prime minister's threat to dissolve the coalition over the issue was empty. It also pulled the rug out from under plans to establish an alternative government that opposition head Isaac Herzog was cobbling together with senior Likud figures. The plan, in any case, was never feasible since the chairman of the centrist Yesh Atid, Yair Lapid, made clear from day one that he would not take part in such a maneuver and would instead support early elections.

Gafni’s announcement also placed Kahlon in the untenable position of being isolated within the ruling coalition. The ultra-Orthodox parties and the two senior coalition partners, Yisrael Beitenu Chair Avigdor Liberman and HaBayit HaYehudi Chair Naftali Bennett, left him to fend for himself. From the very start, they hadn’t understood why he got himself into such a bind over the public broadcasting corporation — an issue that he had never championed.

The compromise Netanyahu and Kahlon presented on March 30 brought the government out of its tailspin. But the question of whether Netanyahu wanted early elections because of the criminal investigations he faces and the US administration’s pressure to conduct negotiations with the Palestinians remains unanswered.

From the beginning, the crisis over the broadcasting corporation has not generated much interest except among politicians and the media. From a political standpoint, it was a power struggle between a prime minister and a finance minister who simply did not understand how serious the premier was and how adamantly he would refuse to surrender. Kahlon was wrong when he assumed that Netanyahu would be easily coerced and manipulated and would eventually give in for fear of an early election. Over the past two weeks, Kahlon learned the hard way that the Netanyahu of 2017 is reckless and uninhibited, unlike the Netanyahu of 2015, before his major electoral victory.

As Netanyahu dug in, the dream of replacing him without holding elections slipped away from Herzog as well as top Likud Minister Israel Katz, and Kahlon understood that he stood to lose everything. The prospect of early elections, with polls predicting only five to seven Knesset sets for his Kulanu was a nightmare.

Kahlon was brought to his knees. According to the compromise, the corporation will begin operations with no news division, which is the heart of public broadcasting. At a news conference he convened on March 31 to announce the deal, his body language said it all. Kahlon looked humorless, even shell shocked. He boasted of having blocked Netanyahu's draconian legislation that would have dealt a serious blow to press freedom. The bottom line, he said, is that the broadcasting corporation would be established. In a departure from his usual practice, Kahlon read a written statement and left without answering reporters’ questions.

Netanyahu got his way, burying the original 2014 legislation that called for the establishment of a public broadcasting corporation. But the events of the past few weeks will not be forgotten. The fourth Netanyahu government is back in business, but Kahlon will be waiting on the sidelines. He has undergone a formative experience with Netanyahu, and one day he could well seek revenge.

In the short term, Netanyahu proved that he is able to bend anyone to his will. In charging ahead, he left behind not only a bruised Kahlon, but also an emasculated generation of top Likud figures. Netanyahu did not like Katz' statement that the Likud would prevent him from calling snap elections, and he has a score to settle with another top Likud senior, Public Security Minister Gilad Erdan, over the public broadcasting legislation he had advanced. All in all, Netanyahu’s standing in his party is strong despite the criminal probes and the public broadcasting crisis. No one in the party leadership is willing to stand up to Netanyahu in a confrontational manner, because Netanyahu is still considered the party’s strongest electoral asset, the man who knows how to bring the Likud to power.

Netanyahu also appears to be restoring calm on other fronts. Under his leadership, the Cabinet approved on March 30 the establishment of a new West Bank settlement for the evicted residents of the illegal outpost of Amona, a move that will satisfy his pro-settlement coalition partner HaBayit HaYehudi. He has also calmed jitters on the diplomatic front with US President Donald Trump, with the Cabinet agreeing to restrain construction in other settlements. None of his partners — especially not Kahlon — is interested in going to the polls at this time. The government’s stability is secure, at least until the criminal investigations into the prime minister are complete.