Egypt puts off collection of hotels’ debts to boost tourism

To salvage its ailing tourism sector, the Egyptian government has extended the grace period for the country’s hotels to pay all financial dues and debts. 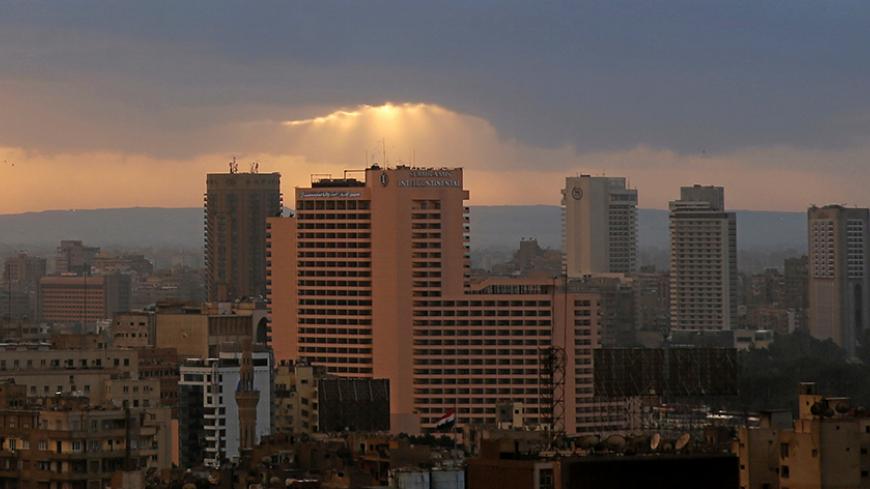 The Egyptian government has put off the collection of all deferred official fees and debts that are owed by the country’s hotels, including utility bills and taxes, until January 2018 in an attempt to boost the conditions of those hotels and reinvigorate the struggling tourism industry.

In a news conference held in Cairo late last month, Minister of Tourism Yehiya Rashed said that the Cabinet has approved extending the grace period given to the country’s hotels to pay all their financial dues and debts to the government until January 2018 in order to encourage their sustainability. The minister added that such dues include electricity, gas and water bills, as well as real estate taxes. The decision, the minister said, would help investors recover the business of their wobbling tourism establishments.

The move comes as part of a series of recent steps taken by the Egyptian government to salvage its ailing tourism sector hardest hit since the January 25 Revolution, which ousted President Hosni Mubarak in 2011.

Tourism experts believe the new decision will have a positive effect on the country’s tourism industry and would encourage many hotels and tourism establishments to continue operating amid hard tourism times.

The country’s hotels have incurred losses worth billions of dollars following the 2011 revolution, which scared off foreign tourists and investors. The conditions of such hotels and tourism establishments have further worsened after the downing of a Russian plane over the Sinai Peninsula in October 2015, which killed all 224 people onboard.

Hossam Akawy, a tourism expert and a member of the Red Sea Tourism Investment Association, said the initiative is a positive move to give a flicker of hope to the country’s desperate hotels. However, he added that it would not help them in the long run. “The debts are still there, and they are being accumulated,” Akawy told Al-Monitor.

He suggested that the government exempt all hotels of such debts in order to help them sustain and endure the severe tourism crisis. “The current situation is in dire need of such a bold step in order to put the tourism sector back on its feet again,” Akawy said.

The Egyptian government established a new fund worth 5 billion Egyptian pounds ($282 million) late last year with a view to give a face-lift to the country’s hotels, tourist resorts and Nile floating boats. The Central Bank of Egypt set up the new fund Dec. 26 to fund the maintenance and upgrade works at hotels, tourist resorts and other tourism facilities with an interest rate of 10%.

The fund also provides loans for investors in accordance with a set of rules, including the level of seriousness and the benefits they would offer to increase tourism flow to the country.

Adel Salah Nagi, a tourism expert, said the new move may prompt many hotel investors to keep their businesses running in the country’s tourist attractions, as many of them have recently been thinking about stopping their hotels’ operations due to accumulated losses and debts.

“Nonetheless, the move is a temporary painkiller. It is not a decision that can improve the conditions of the hotels in the future,” Nagi told Al-Monitor.

He added that the hotels can only witness a noticeable improvement when the country’s tourism industry recovers. “With the tourism industry flourishing, the hotel revenues will increase and the hotels’ managers will be able to pay their staff, upgrade their establishments and pursue their operation,” Nagi said.

Nagi expected that the country’s tourism sector will start recovering in the second half of the current fiscal year and with the return of Russian tourists and the launch of the electronic tourist visa.

Rashed said that the government will put into effect its electronic tourist visa in May with the hope that it will attract tourists back to the country.

A report released last week by the international hospitality and tourism market review agency Colliers showed that the number of hotel rooms in Egypt has increased 3% because of a number of high-profile properties that entered the market in 2016. The properties include the Steigenberger Hotel El Tahrir, the Westin Golf Resort, the Westin Katameya Dunes and the Nile Ritz-Carlton.

The report said the eastern and western fringes of Cairo will continue to see an increase in hotel rooms, giving as one example the planned airport in 6th of October City. “The new airport will see a number of businesses migrate to western Cairo and therefore appeal to hotel investors,” it added.

In a report released early this year, Bloomberg chose Egypt among the 20 tourist destinations worth visiting in 2017, saying that after years of political turmoil, the country was now ready to receive tourists.