Key lawmakers of both parties vow to fight effort to shift aid from grants to loans. 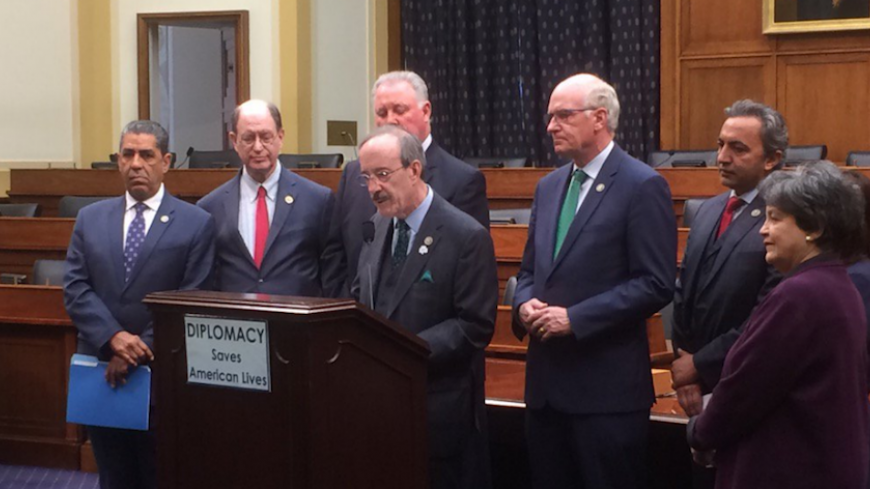 President Donald Trump's budget blueprint is running into a buzzsaw of opposition from lawmakers who fear it would hamstring US diplomatic tools, particularly in the Middle East.

House and Senate members of both parties have vowed to prevent the president's proposed 28% cut to the State Department and foreign aid. But they also object to a specific provision to convert some military assistance from grants to loans.

Such a change would have a disproportionate impact on the Middle East, where key counterterrorism allies such as Jordan and Egypt receive hundreds of millions of dollars every year to buy US weapons. US assistance to Israel, which is guaranteed by a 10-year memorandum of understanding, would remain unchanged. 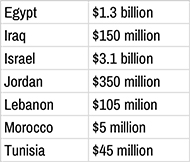 Rep. Eliot Engel, D-N.Y., the top Democrat on the House Foreign Affairs Committee, told Al-Monitor that his priority was restoring funding for diplomacy and foreign aid writ large given the vast scope of the president's proposed cuts. But he said the military aid policy change in and of itself would generate opposition on Capitol Hill.

"I'm always a big believer in using foreign aid and using these kinds of funds to let people know we appreciate them working with us," Engel said. "And I want to let countries know that there's an upside for them for being a staunch ally of the United States. Now obviously we feel we're right and they should join us because we're right, but in reality they have needs as well. So I prefer the grants over the loans."

"That's not really aid at that point. It's just another financing mechanism," he said. "The whole process of cutting aid is going to be controversial."

"This blueprint prioritizes funding for several key programs, including embassy security and military assistance to Israel, as it should," Royce said. "But it is unclear how the administration would apply cuts elsewhere. Does this mean vital programs to counter drug and human trafficking will face even steeper cuts? What about military assistance to other important allies, including Jordan?"

Top senators have also weighed in against the proposal.

"Sometimes we have to subsidize the allies' purchases, but they buy American equipment and they do pay," Sen. Lindsey Graham, R-S.C., the chairman of the subcommittee on foreign aid at the Senate Appropriations Committee, told Defense News earlier this week. "You have to show me where a loan is better for our national security."

Trump's budget frames the policy change as a win-win for both taxpayers and US arms makers.

The proposal "shifts some foreign military assistance from grants to loans in order to reduce costs for the US taxpayer, while potentially allowing recipients to purchase more American-made weaponry with US assistance, but on a repayable basis," the blueprint states.

Some experts are skeptical. They point out that military loans have a long — and troubled — history.

A 1985 Government Accountability Office report titled "Military loans: Repayment problems mount as debt increases" found that the US government had spent almost $1.7 billion over the previous decade because of defaults on military loans. A decade later, under President Bill Clinton, a $15 billion loan guarantee program "crashed and burned when few countries were willing to meet its relatively strict credit terms," according to William Hartung, the director of the Arms and Security Project at the Center for International Policy.

"They're kind of returning to an idea that failed under Reagan," Hartung told Al-Monitor.