The Cairo International Women’s Film Festival is in its 10th year and celebrates the cinematic work of Egyptian and international female filmmakers. 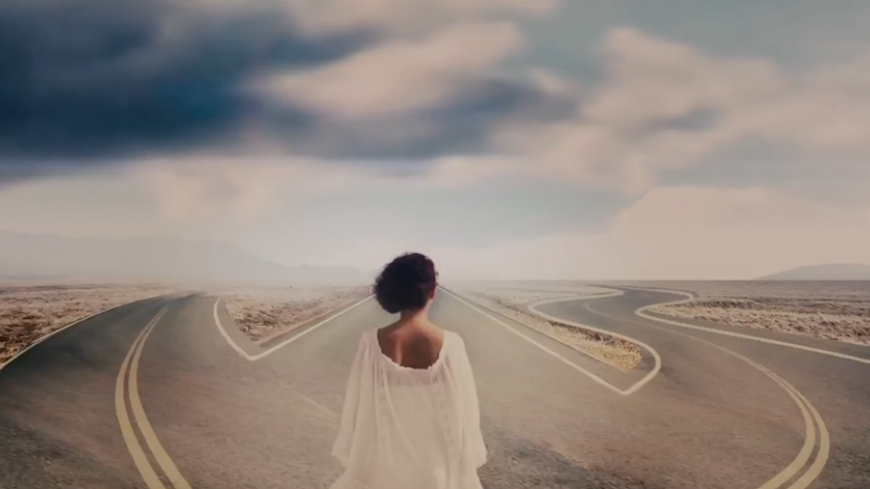 Screenshot from the film "One Week, Two Days," directed by Marwa Zein and screened at the Cairo International Women's Film Festival this month. - YouTube/CIWFF

An international women’s film festival was held in Cairo this month to highlight cinematic work by female filmmakers, empower them and promote their presence and role in the film industry.

“Women have played a major role in the development of international cinema. They deserve to have a festival that celebrates their work and provides an opportunity for more women to join the film industry,” Amal Ramses, the president of the festival, told Al-Monitor.

“Women have been part of the film industry for a long time; they are camerawomen, scriptwriters, film directors and actresses playing leading roles in top-grossing films. They have always been everywhere in the industry, but they are not given their due recognition,” Ramses said.

The 10th edition of the Cairo International Women’s Film Festival was held March 4-9 and showcased the works of more than 50 female directors from 30 Arab, Latin American, European and Asian countries.

Ramses said that there was a huge turnout of film lovers during the festival as well as a productive interaction between the audience and the filmmakers.

Ramses, 45, an Egyptian film director, initiated the festival in 2008 in order to introduce films directed by women in the Arab region and Latin America and explore the perspective of female filmmakers in the two regions.

To show its international character, the festival was renamed the Cairo International Women’s Film Festival in 2013. However, it still has a special section for films from the Arab world and Latin America, titled the “Caravan of Arab and Ibero-American Women's Films.”

The film festival is the first of its kind in the Arab world, as it is exclusively dedicated to cinematic productions created by women.

“The festival is a platform that introduces films created by women to the public and it serves as a meeting place for the audience and filmmakers,” Ramses said. “Furthermore, it creates a rare opportunity for female directors to get to know the viewpoints of the audience without any barriers.”

During this year’s festival, Swiss cinema was highlighted, with four Swiss films being screened. One Swiss film, titled “Looking Like My Mother,” traces the life of filmmaker Dominique Margot, who grows up with a mother suffering from depression. The film shows Margot’s journey toward understanding the illness and her fears that she will wind up suffering from depression herself.

Other films displayed during the festival tackled a variety of topics that is not only about women. “4 Kings,” a feature film directed by German filmmaker Theresa von Eltz, tells the story of four troubled youths who spend the Christmas holidays in a psychiatric unit for adolescents in the care of a young psychiatrist.

"The Long Night of Francisco Sanctis," which is a 2016 Argentine drama film directed by Francisco Marquez and Andrea Testa, was also part of the festival. The film traces the life of office clerk Francisco Sanctis, who risks the safety of his family to rescue two friends about to be kidnapped by the army.

Award winners are chosen by the audience — a rare system in the film festival world that seeks to empower the audience to choose the best films.

“The audience is the most important part in the film industry and that is why we give them the power to grant the awards,” Ramses said.

During the festival, films are screened free of charge in order to promote the works of female artists. All films have Arabic-language subtitles so that the audience understands the issues tackled on the screen.

The festival also organizes workshops for women who are looking to join the film industry and to get tips on how to make films.

Cinema critic Tarek el-Shenawy said that women are of fundamental importance for the success of films around the world. “Although they do not appear in leading roles that much and are not given the deserved recognition, women have made their mark on both the Arab and international film industry,” Shenawy told Al-Monitor.

He praised the efforts of Ramses over the past 10 years to organize this festival that gives women the opportunity to showcase their cinematic work.

Although male filmmakers and actors have addressed women’s issues over the years, an event such as the Cairo International Women’s Film Festival is seen as a "very good opportunity to highlight the work of women," according to writer and cinema critic Khairiya el-Beshlawy.

Beshlawy added, “However, the festival is a good opportunity to empower female directors, scriptwriters, actresses and camerawomen and give them credit for their work.”