Why Turkish media is upset with CNN, WaPo

Many Turkish media outlets have responded harshly to a scholarly analysis on The Washington Post forecasting another coup in Turkey and an interview on CNN International of a Turkish military officer who some claim participated in the coup attempt. 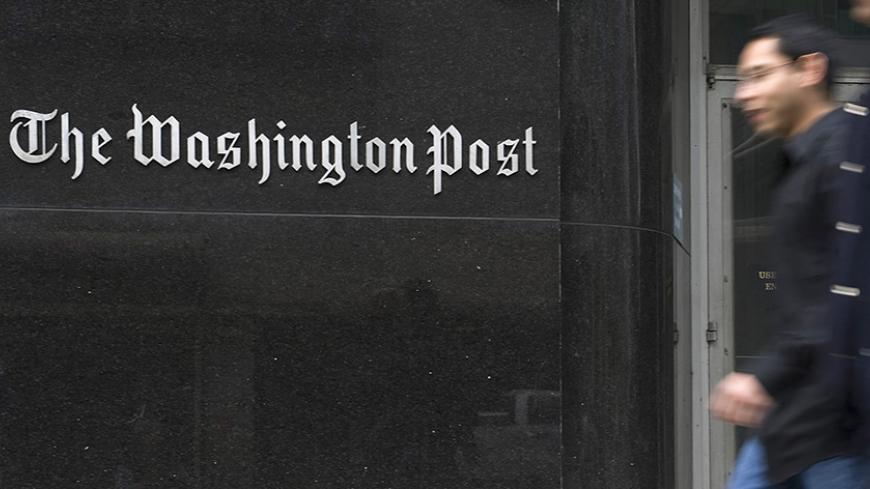 A general view of the exterior of the Washington Post Company headquarters in Washington is seen in this photo taken on March 30, 2012. - REUTERS/Jonathan Ernst

Turkish media publishers don’t seem to believe in coincidences. As their reactions to a Washington Post article and a news story on CNN International show, many journalists think nefarious elements in the United States are plotting another coup in Turkey.

A Jan. 31 Washington Post article, penned by data scientist Andreas Beger and Duke University political science professor Michael Ward, discussed a forecast model that measures the likelihood of “irregular leadership changes, including coups.” According to Beger and Ward, their model shows Turkey coming in fifth (out of a total of 161 countries) most likely to experience a coup in 2017 — trailing Burundi, Thailand, Central African Republic and Chad. The article appeared on the Post’s “Monkey Cage” blog, which shares political scientists’ research with the public to build “an informed audience.”

Although “Monkey Cage” is quite popular among scholars and curious members of the public in the United States, some Turkish media outlets threw a fit.

While opposition website OdaTV treated the article objectively and translating it into Turkish, pro-government Aksam newspaper ran a much harsher story on its front page. Aksam accused The Washington Post of “preparing” Beger and Ward’s list and laying the groundwork for another coup. In reference to a humorous Turkish maxim on empty hopes (“if the dog’s wish came true, the sky would rain bones”), Aksam’s front page read, “Don’t get excited: The sky won’t rain bones” with a picture of the Pennsylvania-based preacher Fethullah Gulen.

Many Turks and their government believe that the US government controls Gulen and that his network (which they call the "Fethullah Gulen Terror Organization,” or FETO) masterminded and carried out last summer’s coup attempt.

A news story on CNN International about the continuing post-coup crackdown in Turkey made a bigger splash. The Feb. 1 story on “Amanpour,” hosted by CNN’s veteran correspondent Christian Amanpour, featured an interview with a Turkish military officer who was exiled in Europe. His name and face were concealed and his voice changed. The officer argued the crackdowns in the Turkish armed forces had considerably weakened it. He said, “To be very blunt over here, [the] Turkish military … have lost their war-fighting capability to a great extent.”

That claim did not go over well.

Pro-government daily Takvim claimed Amanpour “acted like a ‘FETO Sister’ and tried to denigrate Turkey” by giving voice to an alleged Gulenist. Pro-government Vatan newspaper went so far to reveal the identity of the officer and claimed he was a Gulenist. Interestingly, CNN International admitted in its story that the officer “did not directly answer a question about whether he was a Gulenist himself.”

Turkish Minister of National Defense Fikri Isik also joined the crowd, a move that independent newspaper Hurriyet interpreted as a “harsh reaction to CNN International for hosting a FETO soldier.” In a series of tweets, Isik said, “FETO traitors who attempted a coup against our country and nation continue their treason from abroad.” Isik said in another tweet, “Those dishonorable traitors who malign our armed forces and those who use them should know that our military is stronger today than ever.”

The CNN network has a complicated relationship with Turkey. CNN Turk, the local affiliate, ran a documentary on penguins during the Gezi Park protests in June 2013 for fear of government reprisal. CNN International, however, had covered the events widely and critically. Incensed by the negative treatment of the Turkish authorities during the protests, Takvim had infamously run a fabricated story on Amanpour in 2013 showing the veteran journalist acknowledging receiving money to cast Turkey in a bad light. CNN Turk also got flak for the deeds of its parent organization.

Since then, CNN Turk’s standing with Turkish President Recep Tayyip Erdogan has improved. During the coup attempt of July 2016, CNN Turk placed a call to the Turkish president over the video application FaceTime, which allowed Erdogan to call upon his supporters and military and police forces loyal to him to thwart the coup attempt.