Why Aleppo will serve to embolden Iran

While having paid a steep price for standing by its regional allies, Iran increasingly appears to be achieving its objectives in Syria. 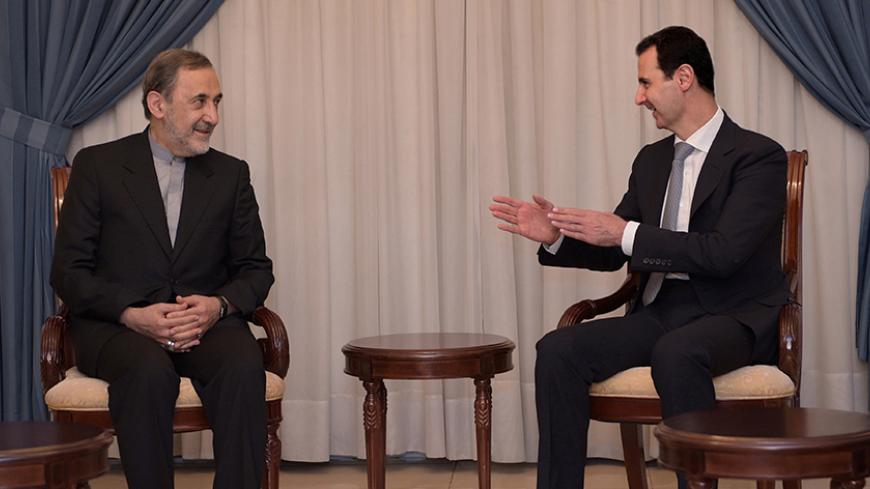 In a Dec. 18 interview, Ali Akbar Velayati, the Iranian supreme leader’s foreign policy adviser, described the developments in eastern Aleppo as "the most important victory during the past five years in which Syria has been entangled in the war on terrorism,” adding that they are “a prelude to future victories.” On the same day, Supreme National Security Council Secretary Ali Shamkhani said in his meeting with visiting Russian special envoy on Syria Alexander Lavrentiev that the advance in eastern Aleppo was the outcome of initiatives by Iran, Russia, Syria and the “resistance front.”

Observers have noted that the Syrian government’s victory in the northern city is not limited to Aleppo, but could also influence the future of the war. The conflict has been continuing for close to six years now, and has impacted not only Syria but the entire Middle East, pitting regional players against each other. But who are the winners and losers of this lengthy war?

Saeed Laylaz, a prominent analyst and a professor at Tehran’s Shahid Beheshti University, told Al-Monitor, “The biggest winner of this conflict is the United States. … The policy that Washington has been implementing in the Middle East for decades has pitted regional powers against each other — eroding their energy, money and power — without inflicting any costs on the United States or its interests.”

But if the situation truly is as Laylaz describes, then why do Western officials appear so worried about the Syrian government’s advances in Aleppo? Speaking at the United Nations Security Council on Dec. 14, Samantha Power, the US ambassador to the United Nations, called for Russia to feel ashamed about what was going on in Aleppo. Moreover, addressing a meeting of European Union leaders in Brussels on Dec. 15, UK Prime Minister Theresa May condemned what she described as atrocities being carried out by Syrian President Bashar al-Assad with the backing of Russia and Iran. US President Barack Obama joined this condemnation during his last end-of-the year press conference Dec. 16, holding Assad's regime, Iran and Russia responsible for what he described as the carnage in Aleppo. Obama also called for the deployment of international observers to the Syrian city.

Commenting on the West’s deep concern about the situation in eastern Aleppo, former Iranian Ambassador to Jordan Nosratollah Tajik told Al-Monitor, “If the United States claims to be supporting the civil demands of the Syrian people, why does it not do this in Jordan, Yemen or Bahrain? The reality is that US policy in Syria and the Middle East is not transparent.”

In this vein, Iran's Ambassador to the United Kingdom Hamid Baeidinejad wrote on his Instagram page Dec. 18, “Everyone knows that Western countries are unhappy with the liberation of Aleppo, but they need to be honest and search for [the cause of] this unhappiness in their previous wrong policies. What the media is reporting about Aleppo these days is not news, it is propaganda. The reality is that those who were fighting in Aleppo in recent years have gradually left Syria, and takfiris, Salafists and various al-Qaeda branches have taken their place instead.”

But what does the shift in Aleppo mean for the crisis in Syria? Prominent Iran expert Vali Nasr said in an interview with NPR on Dec. 16, “The winning of Aleppo is not just winning of Aleppo or winning of Syria. It really confirms Russia's ability to operate in the Middle East and reach its strategic objectives without resistance. And … that translates into order of power, and that's likely to allow them to do a lot more in other places.”

One source in the Iranian Foreign Ministry told Al-Monitor on condition of anonymity, “We never sought hegemony in the Middle East. Our policy in regard to Syria was clear from the beginning and based on political dialogue. It was the West and some regional countries that were trying to turn the conflict into a military one. Therefore, it was natural that we remain beside the legitimate government of Syria and liberate the country from terrorist control.”

He added, “The liberation of Syria now is an indication of changing equations in the future of the Middle East and its fight against terrorism.”

Echoing this sentiment, Tajik said, “The United States’ mistake was that it entered the Syrian crisis with the 'rotten rope' of Turkey, Saudi Arabia and Qatar. This was a strategic mistake for them [the Americans], because due to false evaluations they thought they could easily dismiss Assad and manage the equation the way they wanted to.”

In his Nov. 11 interview with The Wall Street Journal, US President-elect Donald Trump tacitly stated that his focus is on fighting the Islamic State rather than ousting Assad — a point that he had also stressed during his campaign. Thus, can Damascus’ latest maneuvering, with the aid of Iran and Russia, be viewed as a pre-emptive move before Trump takes office to force him to face a new situation on the ground in Syria? In his Dec. 16 interview, Nasr confirmed this and said, “I think [Russian] President [Vladimir] Putin set out a long time ago to make sure that northern Syria falls before there's a new president in office because that would basically settle the Syrian conflict by and large.”

Commenting on the bigger picture, Laylaz said, “With Trump in office — and of course the decreasing strategic value of the Middle East for the United States — Washington’s sights will be set more on China and we will no longer witness a heightened US presence on matters such as Syria.”

As much of eastern Aleppo has been reduced to rubble, the militant opposition in Syria is getting weaker by the day. Meanwhile, the countries that have aligned against Assad are becoming increasingly engaged with the other crises that have stemmed from the Syrian conflict. Indeed, not a week goes by in Turkey without a bombing. If anything, the wager that Turkish President Recep Tayyip Erdogan thought he could win — making him the sultan of the Middle East — has now engulfed him with severe domestic security issues as the Syrian conflict has seeped within Turkey’s borders. Saudi Arabia, which in addition to Syria has engaged itself in Lebanon and Iraq as well as the war in Yemen, is facing a severe budget deficit, and after years of tensions with Iran within the OPEC is now being forced to reduce its production in an effort to increase oil prices, while at the same time agreeing to increased production by Iran.

Yet, despite all this, viewing Iran as the sole winner of the Syrian crisis is simple-mindedness. Tehran has paid a heavy price for support of its regional allies in the past five years. However, unlike most of its rivals, it has at the very least been able to achieve the result it wanted in Syria.