Popular Turkish TV series are filling state coffers by attracting tourists from as far away as South America. 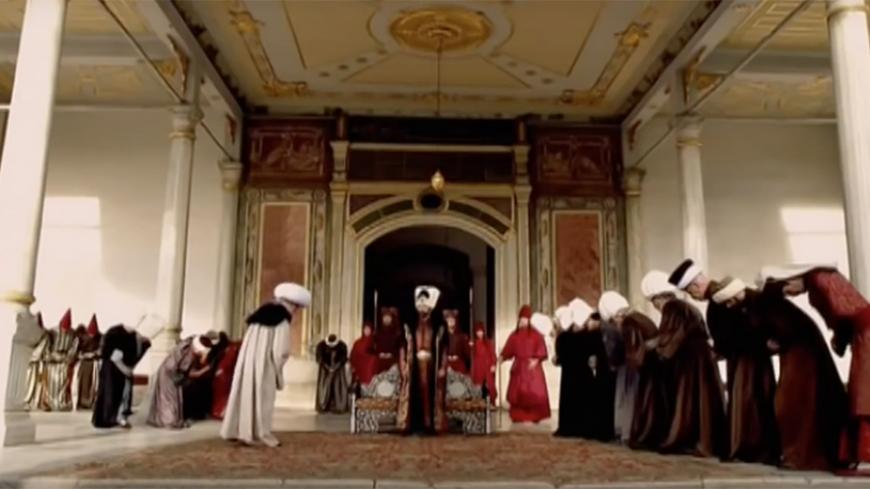 Veteran film journalist Esin Kucuktepepinar had just arrived back in Turkey after attending the Tokyo International Film Festival when she spoke by phone to Al-Monitor on Nov. 3 from the Istanbul airport. During the interview, she offered her impressions on the success of Turkish TV soap opera series.

“Interest in Turkish series is growing everywhere,” said Kucuktepepinar, a member of the International Federation of Film Critics. “Foreigners recognize our serial stars — ones I don’t even know. Moreover, there is a lot of interest in the cities and locations where series are filmed.” Kucuktepepinar said Indonesian film critics had told her that the series are very popular in their country.

TV series, as an important part of popular culture, can contribute significantly to tourism revenues by providing publicity for countries the world over. TV viewers who follow such series represent potential tourists. For example, “Miami Vice,” which ran from 1984 to 1989 in the United States, became an international hit and is credited with greatly boosting tourism to Miami, according to “Effects of Films and Television Dramas on Destination Image,” a 2009 report by the Journal of Business Research.

Now, Turkey has followed suit, attracting tourists and increasing its income through the export of TV series. For a time, Brazilian series had Turks glued to their TV sets even though, according to Kucuktepepinar, they were repetitive and rarely distinguished between fact and fiction. These days, however, Brazilians are avid fans of Turkish series, she said.

Explaining the popularity of these shows, Kucuktepepinar cited the “gorgeous mansions with the latest-model cars where the rich and the poor mingle, allowing people to escape from their problems.” She added, “They show the rich and beautiful coping with mundane problems just like we do.”

A 2015 report by Turkey's Touristic Hotels & Investors Association (TUROB) said the number of tourists visiting Turkey from South America, mainly from Brazil and Argentina, increased 70% during 2010-14. This unusually high growth rate came about despite the long distances involved and the economic hardships the populations in these countries faced.

Turkey, which exports series to more than 90 countries in the Americas, Europe, the Middle East and Asia, including, of course, the United States and China, is now the second-biggest TV series exporter, after the United States, according to the Istanbul Chamber of Commerce.

Turkish TV series exports reaped $250 million last year, and so far this year have already brought in $350 million, according to Ilhan Soylu of MIPCOM, the International Market of Communications Programmes. Speaking to the Anatolian Agency in October, Soylu said that the Turkish TV series sector is growing rapidly despite negative political developments in the country. He thinks the market will surpass its target of $1 billion in exports for 2023.

TV series have played a substantial role in the sharp rise in tourists visiting from Middle Eastern countries. Serdar Ali Abet, chairman of the Karnak Tourism Board, said his company used to bring 65,000 Arab tourists to Turkey each year, but with the increased popularity of Turkish TV series, the number has shot up six- or sevenfold from 2008 to the present. According to Abet, Arab tourists sustained Istanbul during the lean tourism years and, with good publicity, Turkey could attract 10 million Arab tourists each year. He cited, for example, how the tourist vacuum in Antalya in late 2015 after Russia banned its citizens from visiting Turkey could have been filled with Arab visitors. (The ban was lifted this summer.)

When selecting holiday destinations, people are guided by their perceptions, sentiments and factual information. In this regard, TV series producers recognize the importance of a destination's image as a marketing tool. For example, they create demand and tempt audiences through subliminal commercials, such as including scenes of exceptionally beautiful locations on the Bosporus and Mediterranean coast in their productions.

A report on tourism that Elif Nuroglu submitted at the 2013 International Economists Summit in Istanbul emphasized that Turkish TV series are elements of soft power and help spread Turkey's cultural appeal in influencing tourists from the Middle East and the Balkans to visit Turkey. The report, which analyzes the phenomenon of TV series tourism, states, “Turkey on one hand earns export income while also publicizing itself without spending anything and spreads its lifestyle and cultural values to neighboring regions. Actually, Turkey has made clever use of this opportunity by marketing TV series produced for local [audiences] to buyers abroad. In surveys conducted with tourists, it emerged that Turkish series have been the best instrument of publicity for Turkey.”

Serpil Varol, who served as Turkey’s tourism attache in Paris and Brussels for a number of years, concurs with the assertion that nature- and tourism-themed scenes in TV series have been effective in Turkey’s tourism promotion efforts.

“For many years, Paris was the unchallenged setting for romance movies. People from many countries poured into Paris to visit the beautiful city they saw in films and even to propose to their lovers,” Varol told Al-Monitor. “Now our TV series are contributing directly to Turkey’s economy and indirectly to publicity for it. For example ‘Ask-I Memnu’ [Forbidden Love], filmed in Istanbul, increased the number of Arabs coming to Istanbul. There have been efforts to have some scenes for James Bond movies filmed in Turkey. Bringing the Troy wooden horse used in Brad Pitt’s movie ['Troy,' 2004] to nearby Canakkale doubled the number of tourists.”

The series making the most money abroad today include “Magnificent Century,” “Forbidden Lover,” “Las Mil y Una Noches” (A Thousand and One Nights) and “Valley of the Wolves.” Turkish series have not yet achieved runs of two or three decades like some Brazilian series, but “Valley of the Wolves” and “Back Streets” have been popular for more than 15 years.