After weeks of debate over the confluence of the Iran-South Korea soccer match and the most significant Islamic holiday for Shiite Muslims, Iran beat South Korea — while people cheered and mourned simultaneously. 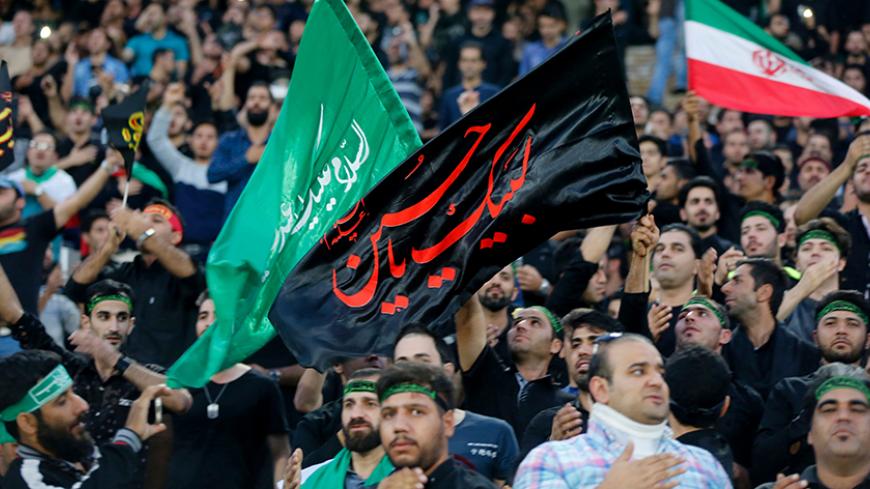 Almost the entire 100,000-seat Azadi Stadium in Tehran seemed to be dressed in black Oct. 11 as the Iranian fans cheered their national soccer team to a 1-0 victory over South Korea in a qualifier for the 2018 World Cup in Russia. Fans, politicians and religious leaders had for days differed on whether the match ought to be canceled due to its coinciding with Tasua and Ashura, which fell on Oct. 11-12 this year. The two holidays are the ninth and 10th of the month of Moharram, where national mourning rituals are performed to commemorate the martyrdom of Imam Hussein, the grandson of the Prophet Muhammad.

The escalating debate had built up tension in the media before the match. The heaviest voice calling for canceling or rescheduling the game was Ayatollah Mohammad Yazdi, the president of the Society of Seminary Teachers in the holy city of Qom — and until May the head of the Assembly of Experts. During a news conference Oct. 2, Yazdi expressed his concern: “If we are going to preserve the sanctity of Ashura by performing a eulogy before the match, what happens when Iran scores against South Korea and people cheer? Can we [then] prevent people from cheering?”

Yazdi was right. When Iran’s national team, better known as Team Melli, scored the game's only goal Oct. 11, Iranians were euphoric, cheering and clapping — all the while waving the black flag of grief.

It is common for Shiite Muslims to wear black not only during Tasua and Ashura — but also during the entire month of Moharram. During the match, Fartak Varzeshi, a sports news outlet, reported that Korean male and female fans were also wearing black in solidarity, with matching black armbands.

Until the day of the match it was still unclear how the mourning and eulogy would be performed side by side with possible jubilation. Although the Asian Football Confederation had earlier expressed discomfort about religious ceremonies at sports events, the Iranian Students News Agency reported that before the Oct. 11 match, when only about 3,000-4,000 fans were present, groups performed mourning ceremonies at the stadium.

On Oct. 9, Entekhab news quoted Davood Azarnevesh, the head of Basij Athletes, as saying he had written a letter to the soccer federation asking it not to televise the match. He wrote, “Nothing will happen if the match is not broadcast, and besides, there is no rationale for a live broadcast of the match on the eve of Ashura.”

Shifting between soccer euphoria and mourning the death of the prophet’s grandson, Iranians seemed to have found a balance at Azadi Stadium. However, the activities on social media told a different story. Ahead of the match, Iranian fans were asked to chant religious slogans instead of soccer-related cheers. But an online campaign reacted by encouraging Iranians to show their defiance by posting pictures of clenched fists, which was endorsed by the official Twitter account of Team Melli. Under the trending hashtag #IRNKOR, thousands of tweets commented on the match: “Our national team won. We are happy and cheerful. No one can take that away from us.”