Morocco hoping for Olympic gold in boxing, track and field 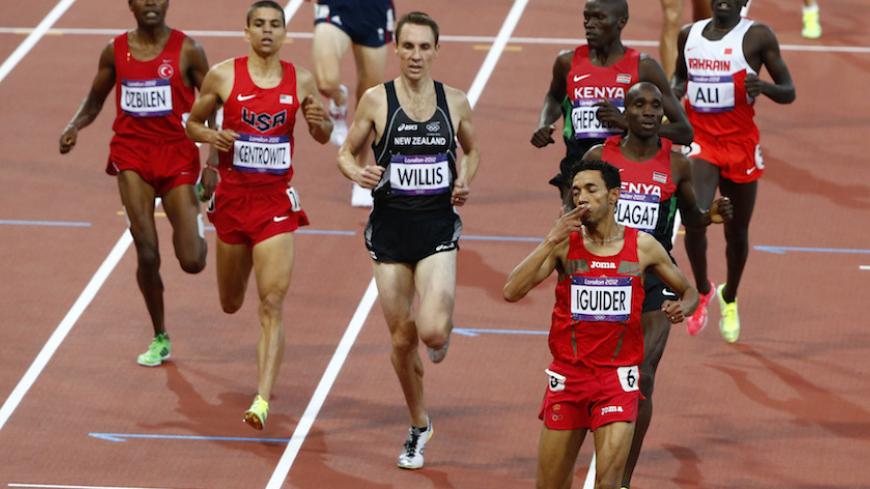 The Moroccan delegation competing in the 2016 summer Olympics arrived in Brazil last week to prepare for the kingdom's 13th appearance at the international games. The team of 51 athletes will be competing in 13 events, Aug. 5-17.

At the London Olympics in 2012, Abdalaati Iguider won Morocco’s only medal, a bronze, in the men’s 1,500 meters, and in Rio, Moroccans are betting on the country's track and field athletes to secure places on the podium to add to the 22 medals Moroccans have so far won in the history of the games.

During the July 28 ceremony to introduce the Moroccan delegation, Abdeslam Ahizoune, head of the Moroccan Sports Union, expressed his optimism for good performances by the team despite the athletes’ relative youth and inexperience. Only Iguider has had extensive experience in major international competition.

The Moroccan Olympic Committee is banking on the element of surprise in the women’s 800 and 1,500 meter races, with Malika Akkaoui and Rababe Arafi both having had some good results in international tournaments this year. Abdelati El Guesse, a promising runner, told Al-Monitor that the Moroccan runners are capable of surprising performances despite what analysts might predict.

“Being part of the Olympic Games is everyone’s dream,” Guesse said. “It is true that merely qualifying for the games is an achievement in itself, but everyone will do their best to live up to the expectations and aspirations of the Moroccan people.” Guesse will be competing in the 800 meters.

“There will be many surprises on the podium this year,” he continued. “I am optimistic and have confidence in the experience of the Moroccan runners who have already participated in a number of international sports tournaments. It is true that they are still young in age, but this is only normal, as Moroccan athletics is in a transition period, and most of the runners were born in the period between 1993 and 1997.”

In addition to track and field, the Moroccan team is hoping to medal in boxing. The welterweight Mohammed Rabii, who won the gold medal at the AIBA World Championships in 2015 in Doha in the 69 kilogram (152 pound) division, will lead the country's boxers at the Olympics.

In addition to Rabii, who is Morocco’s best chance for a gold medal in the noble art, nine other boxers will be competing, including Mohammed Arjaoui, who is competing in the super-heavyweight division, over 91 kilograms (200 pounds). Arjaoui came close to being disqualified after facing doping accusations, but was ultimately acquitted. Achraf Kharroubi will compete in the lightweight division, 52 kilograms (115 pounds).

Morocco will participate for the first time in the equestrian individual jumping competition, represented by Abdelkebir Ouaddar, who has had a unique and extraordinary career. In a French radio interview, Ouaddar said that he owes his success to Princess Lalla Fatima Zohra, the sister of late King Hassan II. She had taken a liking to him after seeing him playing football in the street at the age of 8 and told his parents that she would like to raise him. Taking in poor children, as in Ouaddar's case, is a tradition in the Moroccan royal family.

Ouaddar admitted that as a boy he had been terrified of horses, despite his fascination with them, but he eventually overcame his fear. At the age of 12, the royal family sent him to France to train with the renowned Brazilian show jumper Nelson Pessoa, who became Ouaddar's mentor.

More recently, in 2011, the legendary French Olympic rider Jean-Marcel Rozier was impressed by Ouaddar's ability during a visit to Morocco. The royal family bought him a new horse and paid for him to again train in France. Ouaddar will carry the Moroccan flag in the opening ceremony in Rio.

Moroccan athletes will compete in other events, but with lesser chances, if any, of achieving good results. Among the other members of the delegation are three taekwondo and three judo martial artists, three cyclists, three wrestlers, two swimmers and two weightlifters.