How to kick-start Iran-US regional cooperation

Opponents of the nuclear deal in the West should understand that efforts to undermine the JCPOA only serve to reinforce in the minds of Iranians the notion that the United States cannot be trusted or engaged with on regional or other issues. 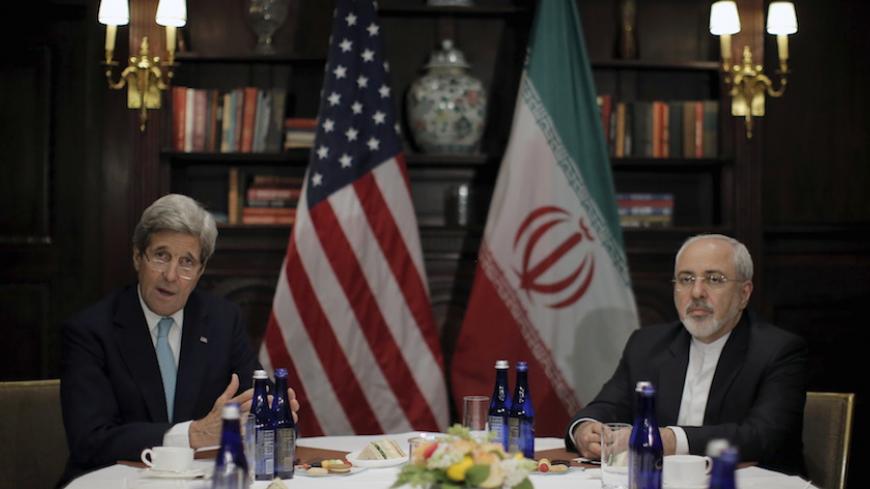 Supreme Leader Ayatollah Ali Khamenei recently accused the United States of “obstructing and damaging Iran’s economic relations with other countries” — in spite of the nuclear deal. This was proof, he said, of America’s “lack of commitment” to its promises, making further talks on regional issues a “deadly poison” that Iran must avoid.

Meanwhile, the Middle East is on the verge of a historically unprecedented collapse. The regional wellsprings of civilization — the Iranian plateau, the Nile River Valley and Anatolia (corresponding with the modern states of Iran, Egypt and Turkey) — are all under severe duress. Two of these three civilizational pillars are teeming with internal strife and discord. The continued stability of Iran is now all that stands between the region and all-consuming chaos.

While regional stability should be a priority for the international community, the forces seeking to undermine the Joint Comprehensive Plan of Action (JCPOA) wish nothing more than to return Iran and the United States to the path of full-scale confrontation. While they have not yet been successful in their efforts to spur Washington into violating the letter of the nuclear deal, their actions have certainly violated its spirit.

Under the JCPOA, Iran committed to verifiably limit the two theoretical pathways to a bomb: uranium enrichment and plutonium production. It also agreed to the highest international standards on nuclear inspections and transparency. Iran has fully abided by these obligations, as verified by the International Atomic Energy Agency.

In return, Iran was due relief from all nuclear-related sanctions. This was enshrined not only in the JCPOA, but also in UN Security Council (UNSC) Resolution 2231, which voided all previous nuclear-related Security Council resolutions against Iran. As such, limitations on Iranian trade, banking and financial transactions were formally lifted and the Iranian people were set to begin benefiting from increased foreign investment and business. But all has not gone well so far.

In the six months since the implementation of the nuclear deal, Iran has accrued important benefits. These gains include the doubling of its petroleum exports, attraction of nearly $3.5 billion in foreign investment, access to as much as $30 billion of its frozen assets, reconnection to the SWIFT network and establishment of banking relations with more than 400 foreign banks. Nevertheless, Tehran has run into serious issues when it comes to getting major international banks to facilitate the numerous trade and investment agreements it has reached aimed at boosting its economic development.

The problem has been twofold. First, a US ban on dollar clearing for Iran remains in effect, preventing foreign banks wishing to deal with Iran from conducting transactions in US dollars. This has impeded banks’ abilities to facilitate major trade deals and repatriate frozen Iranian assets. Second, international banks and investors remain hesitant to deal with Iran due to fears that they will run afoul of remaining US sanctions or that new sanctions will be imposed down the road that may nullify their investments.

One senior Iranian official recently told me that the US Treasury's Office of Foreign Assets Control (OFAC), which oversees the implementation of the sanctions regime, “continues its business at times with even more zeal and sends unsolicited warnings to business partners.” He cited an example of a recent request to a Latin American bank to transfer $25 million for Iran to buy soybeans. The bank responded, “We must inform you that our bank does not enter into any deal involving Iran, since said country appears on OFAC lists.”

JCPOA opponents have been instrumental in fostering this atmosphere of fear, which is preventing Iran from receiving effective sanctions relief. Working in tandem with hawks in the US Congress, groups such as the neoconservative Foundation for Defense of Democracies have lobbied relentlessly for upwards of 30 bills that would impose additional US sanctions and prevent trade deals with Iran from materializing.

These actions run counter to the nuclear deal, which requires the United States to “sustain this JCPOA and to prevent interference with the realization of the full benefit by Iran of the sanctions lifting.” The efforts of the lobby in Washington opposed to Iran-US engagement have spurred strong reactions in Tehran. Parliament Speaker Ali Larijani recently declared that the time has come for Iran to “counteract” the actions of Congress. In this vein, he called for the Atomic Energy Organization of Iran to make the preparations necessary to return the country’s nuclear capabilities back to their state prior to the nuclear deal.

The reality is that the JCPOA was agreed to by six major powers and mandated by a UNSC resolution. If a bill imposing new sanctions on Iran was to be passed by Congress and approved by a future president, it would result in the United States violating the deal and thereby isolating itself. Not only would the JCPOA-mandated commission charged with overseeing disputes in the deal’s implementation blame the United States, but Iran would also have JCPOA-stipulated grounds to follow Larijani’s suggestion and engage in “nuclear snapback”— reconstituting its previous nuclear capabilities.

Consequently, the tactic of die-hard opponents of US-Iran engagement — to increase sanctions on Iran — is a moot effort and in fact a bluff. Their real aim is not to directly sabotage the deal, but to create an atmosphere of uncertainty predicated on threatening new non-nuclear sanctions in order to scare away international banks and companies from doing business with Iran, thereby minimizing the incentives Iran has to comply with the deal.

The solution is to not fall for this psychological ploy. International banks and companies should rest assured that nuclear-related sanctions on Iran are gone for good and that there is nothing the United States can do — neither now nor in the future — to reimpose them without destroying its credibility at the same time. Iranian officials, meanwhile, should be careful to not play into the hands of the deal’s American opponents and increase uncertainty about the future of the JCPOA.

Deal opponents in Washington should similarly understand that efforts to undermine the JCPOA only serve to reinforce in the minds of Iranians the notion that the United States cannot be trusted or engaged with on regional or other issues. They should also be cognizant of the fact that Iran is the last pillar in the way of regional collapse — an outcome that would have existential consequences not only for regional countries but also for the West.