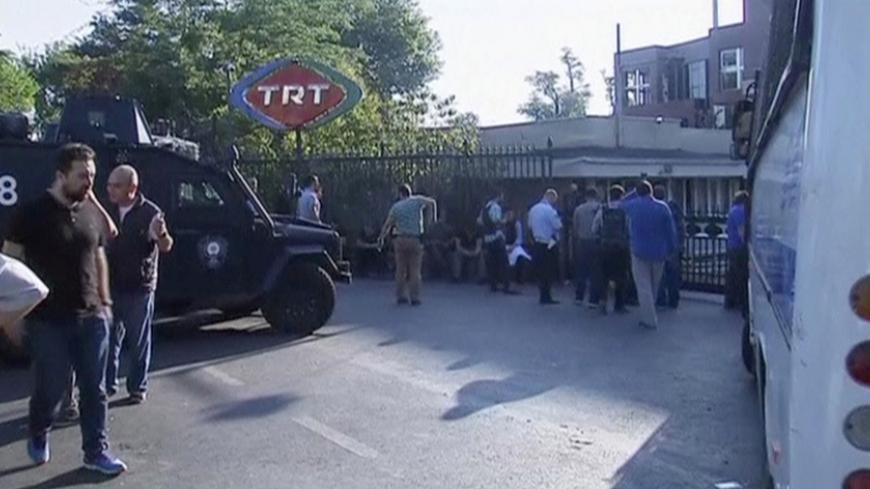 A still image from video shows an armored police vehicle and people waiting outside of TRT state television after a failed coup attempt by Turkish soldiers, in Istanbul, Turkey, July 16, 2016. - REUTERS

On the night of July 15, I had to cancel my plans to go out because I found myself running upstairs to hide from a group of rogue soldiers who raided my office.

Two captains and 10 privates, who were part of the coup attempt, landed their military helicopter in the parking lot of Hurriyet, Turkey's largest independent newspaper where I serve as the digital content coordinator. Armed with G3 assault rifles and hand grenades, they quickly subdued our security guards and entered the building after midnight.

"Do not hesitate to shoot," a captain told the privates and sent them to upper floors to round up my colleagues. Soldiers cleared the first floor and then moved up to the second where our digital operations are handled. Instead of surrendering instantly, I decided to go to the fifth floor, which was empty and dark at the time. It would be the perfect hiding place that would allow me to let the world see what was happening here.

Luckily, I knew how to broadcast live videos from Hurriyet's Facebook account, which has more than 2.6 million likes. In the following hour, I broadcast three videos that were viewed more than 500,000 times, showing how soldiers mistreated journalists and evacuated them at gunpoint.

It was a surreal night. A group of rogue soldiers were bombing Turkey's parliament with F-16s, spraying pro-democracy civilians on the Bosporus Bridge with tracer ammunition from military helicopters. According to initial reports, the coup leaders were members of the Gulen movement, the ally-turned-nemesis of Turkish President Recep Tayyip Erdogan.

I remained calm, partly thanks to my uninterrupted connection with the world through social media. "Sorry for the poor pic quality, but it's hard when you are mass-arrested during a coup attempt," I tweeted. Then I talked to one of the privates and told him to "leave your gun and go home" because he was violating the constitution. He only smiled.

Emboldened by the apparent indifference of that soldier, I walked around the building instead of leaving the premises. Then I sneaked into the building again through the garage door. A policeman just outside the building who was waiting for reinforcements had told me that there were hostages inside and SWAT teams would soon clash with rogue soldiers.

I pussyfooted around the garage, checked whether there were hostages in the canteen. From New Zealand to Brazil, people from all around the world were saying they were praying for me.

Not all reactions were positive, though. "Don't be an attention whore," a Twitter user warned as I was broadcasting my final departure from the Hurriyet building. A Donald Trump supporter from the United States, on the other hand, was asking how he could notify the soldiers about my location.

Thousands of people saw how the SWAT team, which was approaching the building to launch the operation, asked me whether I "was a soldier or not," and released me only after seeing my press card.

Meanwhile, our digital journalists continued to run our website by connecting to our servers remotely, supplying our readers with fresh news and taking a clear stance against this assault that targeted our democracy. With no sleep, we returned back to work at around 5:30 a.m. after 11 soldiers surrendered. The captain, however, was shot in his groin, and we could still smell the tear gas in the building.

The coup attempt failed thanks to street protests that still continue. And people hit the streets thanks to publishers with an independent editorial line, like our website, and our parent company, CNN Turk, which conveyed Erdogan’s first anti-coup message of that night through FaceTime. Social media amplified this effect, causing more and more people to take to the streets.

If this coup attempt had occurred in the 1970s, the plotters could have sent a few soldiers to raid the public broadcaster and the largest private media outlets to control the flow of information. Thanks to current technology, that wouldn’t work today. As such, their attacks seemed like random acts of senseless violence than coordinated efforts in a well-planned modern coup.

However, they also used new technologies to communicate. According to Turkish media reports, the rogue commanders had a closed WhatsApp group, which they used to coordinate their actions. They had no idea about modern communication, though. A colonel was asking "whether the internet could be stopped" and another was suggesting shelling a TV tower in Istanbul instead.

In the end, Turkey's coup failed because FaceTime and Facebook Live democrats beat the WhatsApp junta. It is now Erdogan's turn. He will decide whether he will appreciate that a free press and social media are guarantors of the political representation of the popular will.

First reactions have been harsh, underlined by a state of emergency and the arrests or dismissal of thousands of people, but they may be tolerated as the initial response to an immense shock caused by an unprecedented coup attempt. We will see the real direction of where Turkey’s democracy is heading in the coming weeks and months. 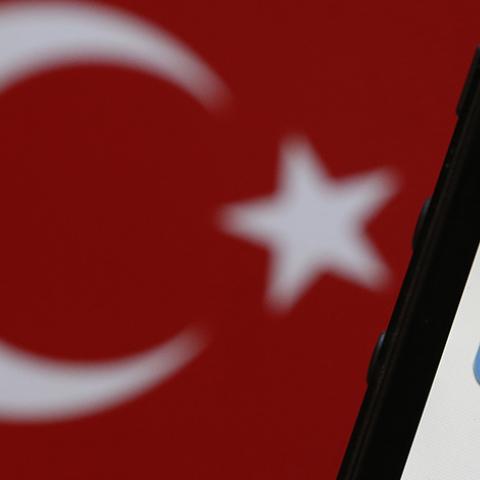