A campaign by the National Council for Women hopes to achieve a fundamental change in Egyptian society. 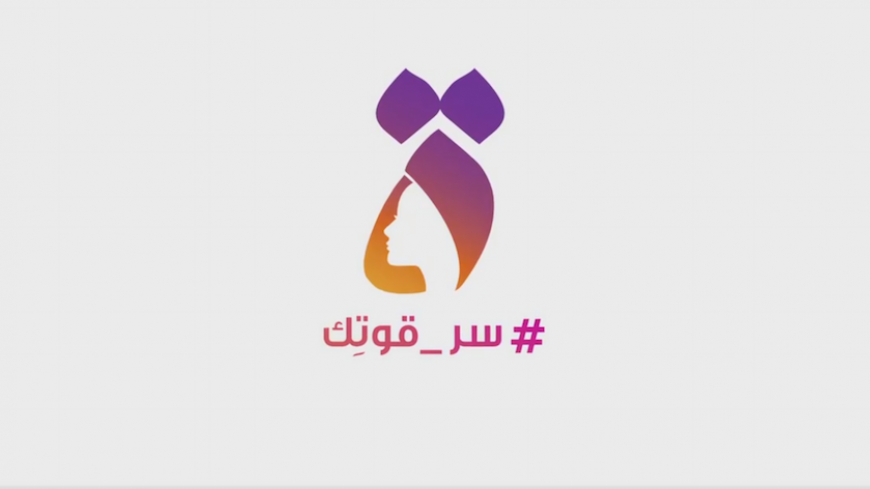 A screenshot from the National Council for Women's new campaign "The Taa' Marbouta is your strength" depicts the Arabic letter taa' marbouta with the hashtag #SecretOfYourStrength. - FACEBOOK/Women of Egypt

Egypt’s National Council for Women launched last month a media campaign under the slogan “The Taa' Marbouta is your strength.” In Arabic, a language where words have grammatical gender, the taa’ marbouta is a letter coming at the end of a word to denote femininity.

The campaign features a series of short videos shown on various TV channels, including one showing a young woman who breaks the walls of a prison she is trapped in and manages to get out.

The campaign aims to encourage women to break all barriers standing in their way and not to accept society’s narrow perceptions, and was launched in partnership with the United Nations Population Fund (UNFPA), UN Women, the United Nations Development Program and the Swedish Embassy.

Rania Yahya, a member of the National Council for Women, spoke to Al-Monitor about the idea behind ​​the campaign. “It aims to deliver the voice of the Egyptian woman to various audiences, to encourage young women and to develop their spirit of determination and empower them."

She said, “The letter taa’ marbouta [i.e., femininity] is the secret of women’s strength and not their vulnerability.”

Yahya explained why the month of Ramadan was chosen for the launch of the campaign. “There is a bigger audience during Ramadan; people watch more [television] since working hours are limited and Egyptians mostly head back home to wait for iftar.” She added, “TV drama has forced the majority of Egyptians to watch television and keep up with media campaigns.”

Yahya said the campaign isn’t limited to the month of Ramadan. She said that in addition to using the TV clips, “the National Council for Women will continue to convey the voice of Egyptian women through radio broadcasts, educational articles in different publications, and seminars and workshops held at the council’s various branches.”

Yahya said cultural issues are an important factor to consider when speaking of women’s empowerment. “Society in rural areas and less developed provinces is rather patriarchal,” she said.

She stressed the importance of educating men on the important role of women, and how they represent half of the society, noting that she had recently visited some villages and “emphasized to the men that the nation’s revival will come through the hands of women.”

“In general, society is aware of the importance of women because of the major role they have played in politics since the January 25 Revolution in 2011 to this day, and those who do not admit this fact are discrediting the role of women [in Egypt],” Yahya added.

She said the target audience includes men and women alike. “The [campaign] targets women so they would not feel weak, since the girl in the ad breaks free and proves she is able to confront difficulties. We also want to show men who live within a patriarchal culture that women are powerful,” she said.

She also noted that such ads have a major impact on children in terms of instilling values about how powerful women can be and their ability to work and raise children.

At the end of May, a report issued by the Central Agency for Public Mobilization and Statistics in cooperation with the National Council for Women and the UNFPA showed the economic cost of violence against women amounts to 1.49 billion Egyptian pounds (around $168 million) annually.

Amal Fahmy, the director of the Tadwein Gender Research Center, told Al-Monitor, “While this campaign is important, there are a number of questions that have yet to be answered, such as the cost for such campaigns and the extent of its success in changing how society looks at women. In addition, [it is necessary] to evaluate this campaign and have follow-up campaigns.”

“These campaigns must be accompanied by a comprehensive program or an amendment to laws on the status of women,” she added, noting that in her view “only the educated understand such campaigns; not all social classes are able to.”

Fahmy said, “The enormous amounts pumped into the ads ought to be spent on projects that benefit women.”

Rida al-Denbouki, a human rights activist and the executive director of the Center for Women's Legal Aid and Counseling, told Al-Monitor that the ads’ impact on the public cannot be evaluated at this stage because more time is needed. But he said ads alone are not enough.

“Ads will not have an effect at a time when women are still being harassed in public means of transportation and some continue to call for gender-separated classrooms in schools,” he said.

Denbouki said he is shocked by the proliferation of TV advertisements that degrade women. “Although such ads have [at times] been stopped from being aired, some have returned [to TV broadcasts].”

He added, “In light of the large number of such ads, one cannot imagine that the ads that support women could achieve a fundamental change. The state has two faces; one that advocates women's rights and another that abuses and persecutes them. The state talks about women's empowerment, but we have yet to see women in high-ranking positions such as governor or minister of justice or education.”

Denbouki demanded radical changes such as liberal sermons in mosques and churches, advocating the importance of women as well as the appointment of female clerics, which would change society's perception of women.